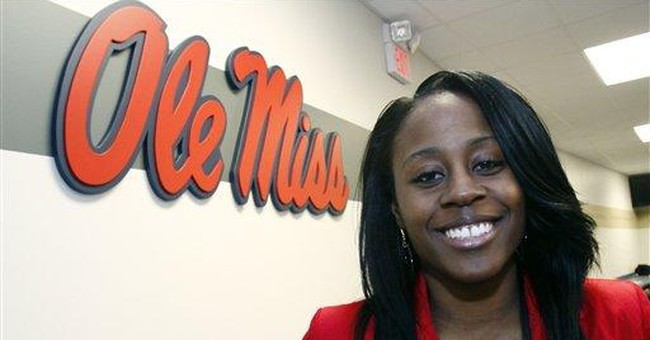 This column is Part II in a multi-part series. Click here to read Part I.

No dogma has caused more mischief-- and, in some countries, tragedies-- than the notion that there is something strange and wrong when some groups are "over-represented" or "under-represented" in some occupations or institutions.

This dogma is so widely accepted, and so deeply entrenched, that no one asks for evidence and no speck of evidence is offered.

Moreover, tons of evidence to the contrary are ignored.

Over the centuries, and in countries around the world, all sorts of groups have been disproportionately concentrated in particular occupations and at different income levels, and have had radical differences in their behavior, from rates of alcoholism to rates of crime and infant mortality.

Often some minority, with no political power, has outperformed the dominant majority in lucrative or prestigious professions-- the Tamils in colonial Ceylon, the Armenians in the Ottoman Empire, the Chinese minority throughout southeast Asia, the Huguenots in France, the Ibos in Nigeria, the Japanese in Brazil, the Lebanese in West Africa, the Jews in medieval Spain. The list could be extended almost indefinitely.

Not only the media and politicians, but intellectuals and even the highest courts in the land, presume discrimination when some groups are "under-represented" in an employer's workforce or are "over-represented" among children disciplined in school. Tests that show some groups more proficient than others are declared to be "culturally biased." Higher infant mortality among some groups are assumed to be society's fault for not providing "access" to prenatal care for all.

A major factor in the housing boom and bust that created the present economic predicament was massive government intervention in the housing market, supposedly to correct discrimination in mortgage lending. How did they know that there was discrimination? Because blacks were turned down for mortgage loans at a higher rate than whites.

It so happens that whites were turned down for mortgage loans at a higher rate than Asian Americans, but that fact seldom made it into the newspaper headlines or the political rhetoric. Nor did either the mainstream media or political leaders mention the fact that black-owned banks turned down black mortgage loan applicants at least as often as white-owned banks did.

There was never the slightest reason to expect the different racial or ethnic groups in the United States to have the same credit ratings or the same behavior or performance in any other way, when both racial and non-racial groups of various sorts have for centuries had radically different patterns of behavior and performance in countries around the world.

Yet, despite the fact that group differences have been the rule-- not the exception-- in all sorts of times and places, many people in these places and times have pointed to such disparities in their own country as evidence of something strange, if not sinister.

An extremist movement began in Bombay (now Mumbai) when a journalist hyped the fact that the indigenous people of the region were almost totally missing among the business elites of that city. The seeds of a disastrous civil war in Sri Lanka were planted by politicians who hyped the fact that the Tamil minority was over-represented among the owners of businesses and among university students. A military coup in Fiji was provoked because the descendants of people from India were likewise doing so much better than the indigenous Fijians.

Not all of this was simply a matter of intellectual confusion. Political power was the pot of gold at the end of this rainbow. Race hustling can also be a lucrative occupation, as Jesse Jackson -- among others-- has demonstrated in the United States. As long as we keep buying it, the hustlers will keep selling it.