The High Cost of Favoritism 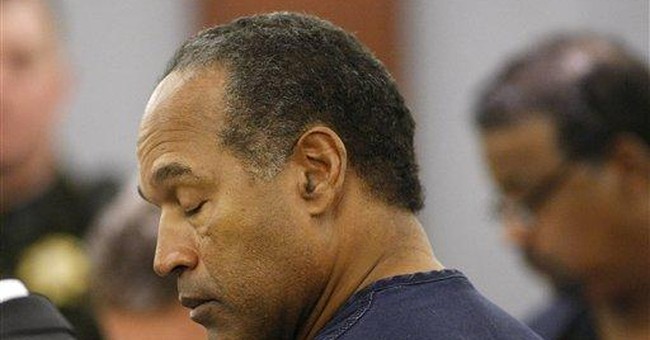 O.J. is not the first star athlete-- or movie star, political leader or pacesetter in some other fields-- to fall from the heights to the depths. Often they are people who have taken enormous risks that were completely unnecessary and with little pay-off.

Think about it: What did Richard Nixon have to gain by setting up the kinds of illegal operations that finally cost him the presidency-- and could have landed him in prison, without President Ford's pardon?

Why would star quarterback Michael Vick have risked a multimillion dollar career for the sake of staging dog fights?

Why would Leona Helmsley have risked going to jail for tax evasion, when she could easily have paid the taxes out of her vast fortune?

O.J. Simpson was one of the greatest players in the history of football. He had lucrative commercial contracts. He was a hero to many. What could have led him to take reckless chances that risked it all, whether in California or in Nevada?

We may never really know. But what seems to run through many stories of people who take huge risks for small pay-offs is a sense that the rules simply do not apply to them.

Leona Helmsley said that paying taxes was for "the little people." Nixon apparently thought that he was above the law.

While individuals can have such attitudes in any walk of life, star athletes in certain sports seem to be especially prone to regard rules as not applying to them.

It is not hard to see why. Those who star in sports that are big in educational institutions-- football and basketball being classic examples-- can start having the rules bent in their favor as early as high school.

Everyone wants a winning team and bending a few rules for those who can make that happen may seem like a small price to pay. At colleges and universities where football or basketball are big time, ensuring passing grades for players on those teams is a major priority.

This can take the form of having special academic advisors to help college athletes maintain grade averages sufficient to keep them eligible to play. These advisors are often separate from those advising other students with their academic work, and have their offices in separate buildings, just as the athletes themselves are often housed separately from other students.

The idea that college athletes in big-time sports that attract thousands of fans to a stadium, and millions of viewers on television, are just students who happen to play a game is belied in many ways.

Players on Division I football teams spend an average of more than 40 hours a week on their sport. That does not leave a lot of time for academics.

This can lead to athletes being steered to easier courses or courses taught by faculty members who give them a special break. From time to time, grade-changing scandals have erupted from a zeal to keep some star player eligible to play.

In ways large and small, star athletes in big-time college sports learn early in life the cynical message that rules apply to other people. This special treatment can be found even in the Ivy League, where sports are not supposed to be as big a deal as in the Big Ten.

Perhaps the wonder is not that a number of stars in professional football and basketball develop an attitude that they are above the rules, and even above the law, but that others do not.

Special treatment for anybody, in any walk of life, for whatever reason, is a double-edged sword that can end up cutting against them as well as for them. For professional athletes, especially those who have risen out of poverty to wealth and fame, to plunge themselves back into the depths seems a special tragedy to them and to impressionable young people who look up to them as role models.