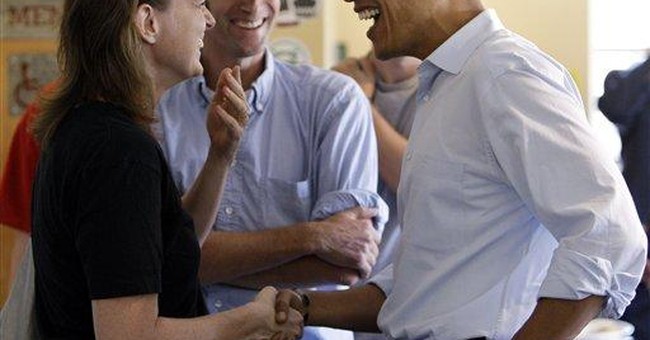 What about those "real issues" that Barack Obama's supporters in the media say we should get back to, whenever some new unsavory fact about his past comes out?

Surely education is a real issue, with American school children consistently scoring below those in other countries, and children in minority communities faring worst of all.

What about Senator Obama's position on this real issue? As with other issues, he has talked one way and acted the opposite way.

The education situation in Obama's home base of Chicago is one of the worst in the nation for the children-- and one of the best for the unionized teachers.

Fewer than one-third of Chicago's high-school juniors meet the statewide standards on tests. Only 6 percent of the youngsters who enter Chicago high schools become college graduates by the time they are 25 years old.

The problem is not money: Chicago spends more than $10,000 per student.

Chicago teachers are doing well. A beginning teacher, fresh out of college, earns more than the city's median income and that can rise to more than $100,000 over the years.

That's for teaching 6 hours a day, 9 months of the year. Moreover, a teacher's income is dependent on seniority and other such factors-- and in no way dependent on whether their students are actually learning anything.

Obama has said eloquent and lofty words about education, as he has about other things-- for example, how it is "unacceptable in a country as wealthy as ours" that some children "are not getting a decent shot at life" because of the failing schools.

In a predominantly black suburb of Chicago, where the average teacher's salary is $83,000 and one-fourth of the teachers make more than $100,000, Barack Obama noted that the school day ends at 1:30 PM.

In his book "Dreams from My Father," Obama said candidly that black teachers and administrators "defend the status quo with the same skill and vigor as their white counterparts of two decades before."

It is not a question of Obama's not knowing. He has demonstrated conclusively that he knows what is going on.

But, for all his eloquent words, he has voted consistently for the teachers' unions and the status quo.

"I owe those unions," he has said frankly. "When their leaders call, I do my best to call them back right away. I don't consider this corrupting in any way."

Even when he verbally endorses the reform idea of merit pay for teachers, he cleverly re-defines merit so that it will be measured by teachers themselves, rather than by "arbitrary tests." In other words, Obama placates critics of the educational status quo by being for merit pay in words, while making those words meaningless, so as not to offend the teachers' unions.

The failings of teachers are only part of the disaster of inner city public schools. Disruptive and violent students can make it impossible for even the best teachers to educate students.

Administrators are reluctant to impose any serious punishment on those students who make it impossible for other students to learn. Partly this is because liberal judges can make it literally a federal case if more minority students are punished than others.

In other words, if black males are punished more often than Asian American females, that can be enough to get the administrators drawn into a legal labyrinth, costing money and time, even if the punishment is eventually upheld.

When a bill was introduced into the Illinois state legislature that would put more teeth into suspensions of misbehaving students, Barack Obama voted against that bill.

A real reformer would want to crack down on both unruly students and unaccountable teachers. A clever politician would speak eloquently, demand "change"-- and then vote for the status quo. Obama talks a great game.