Oil Prices Deliver a Crash Course in "Supply and Demand" 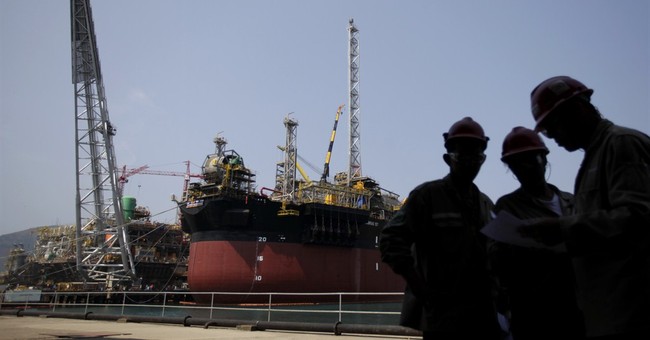 American consumers are still enjoying relatively cheap gasoline as the summer driving season gets closer. AAA reports the national average at $2.44 this week, still below the 50-year inflation-adjusted average of $2.50 per gallon. If you’d like cheaper gas, don’t blame the oil and gas industry. It’s been the United Steelworkers and their strike against Royal Dutch Shell and 11 refineries that ticked gas back up more than anything, although it appears that a settlement has been accepted.

Refiners are in their bi-annual season of throttling back production to perform maintenance and retool for the summer blends.

So it begs the question - will it continue, and if so, for how long?

I liked the opening sentence of a CNN story this week: “Predicting and diagnosing the trajectory of oil prices has become something of a cottage industry in the past year”. The article went on to discuss things we’ve talked about here – the spread from Citigroup’s gloom-and-doom $20 per barrel bottom forecast, to OPEC’s Secretary General saying it could whipsaw back to $200. Thank goodness for all of us, neither is likely any time soon.

Prices seem to have stabilized around where they are now, with WTI bouncing on either side of $50 per barrel, with the international Brent benchmark between $6-$10 higher. Here’s a quick summary of the factors affecting price, and what traders are likely focusing on going forward:

Supply, Supply, Supply – It keeps going UP, even though rigs are tumbling down. 9.366 million barrels per day average production last week, per the EIA. Until this number turns, there’s going to be a lid on prices. Will they go precipitously lower is the question.

Rigs Down, Down, Down – Baker Hughes will announce this week’s report today, but as of last week, there were 966 rigs drilling for oil, down. The high was 1,609 in October. That also tells you about 1,609 companies think they can make money at these prices.

Storage – The lack of storage in places like the Cushing, Oklahoma, the NYMEX delivery point for light sweet crude, rattled traders recently. But there’s a different method of storage some companies employed some time ago…

In-Ground Storage – Wood Mackenzie reported last week that there are some 3,000 wells that have been drilled but not fracked since prices started tumbling. Producers who had projects in the works opted to cancel completion and leave the oil in the ground. Once prices turn, this supply could be tapped to come on the market quickly, which could also have a negative price affect.

ISIS, Libya, Iraq – These are the middle-eastern focal points. We know where Saudi stands. Aside, basically. ISIS has been destroying oil fields in Libya. That’s real smart. Iraq has managed to inch their production up to an impressive 4 million barrels. They keep that up and prices will stay down.

At least for now, prices seem to have stabilized. Aside from a major supply disruption, there’s nothing on the global horizon that would tip prices either way. So enjoy cheaper gas prices this Spring Break season, while oil and gas producers continue to adjust to leaner times.