Dr. Oz Must Take a Clear Stand on Pro-life Issues to Win Voters

Thomas Glessner
|
Posted: Dec 26, 2021 11:04 AM
Share   Tweet
The opinions expressed by columnists are their own and do not necessarily represent the views of Townhall.com. 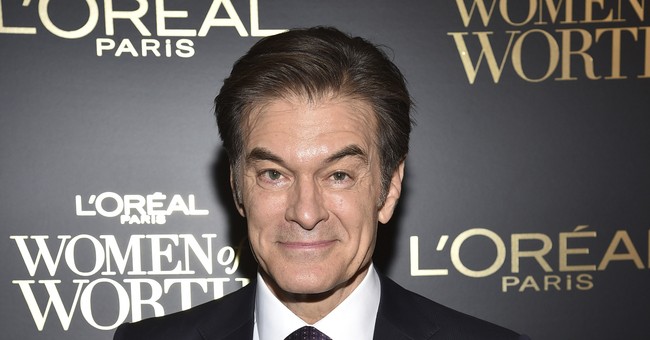 The political atmosphere is heating up regarding next year’s election and is beginning to indicate a red wave tsunami. At the same time, the Supreme Court appears to be ready to issue a major decision regarding abortion and curtailing (or even overturning) Roe v. Wade.

Enter Dr. Mehmet Oz, Professor of Surgery, Columbia University, the leading Republican candidate for the very crucial Senate seat in Pennsylvania. As a well-known celebrity, Dr. Oz brings serious credentials to the job. However, on the crucial issue of abortion, he is a typical politician speaking out of both sides of his mouth. If Oz continues his egregious double-speak, he may seduce pro-life voters into thinking they have a friend. In fact, such advocacy remains in question.

Dr. Oz claims he is “pro-life” but then avoids the critical issue of when human life begins. Likewise, he makes it clear that he supports a very broad exception for the health of the mother.

In a recent interview on Fox News, Oz was asked when human life begins. His response was, “in the womb.” However, it was then pointed out that life in the womb continues for nine months and thus, was asked at what point in the womb does life begin. He refused to answer. Such a position gives a lot of wiggle room when it comes to legislation that attempts to protect the unborn from abortion.

Does he believe that life begins at viability, the point in time in the womb when an unborn baby can live outside the womb, albeit with artificial means? This is essentially the view of the Supreme Court in Roe v. Wade which is now under serious challenge in Dobbs v. Jackson Women’s Health Center. Such a view allows for late-term abortions.

What about the point in which a baby’s heartbeat can be detected, which is approximately 21 days after conception? Or, how about when brain waves can be detected at 41 days? How about the scientific fact that all human life begins in the womb at the time of conception? As a physician, Oz knows this full well.

These questions must be answered to enable the millions of pro-life voters in Pennsylvania to determine if his candidacy is worth their support. However, it is his position on a “health of the mother exception” that should raise serious questions as to his claim that he is pro-life.

In Roe v. Wade, the Supreme Court said that states could not restrict or ban abortion even in the third trimester of pregnancy if the abortion is necessary to preserve the “health” of the mother. In Doe v. Bolton, the companion case to Roe, the high court defined such an exception by saying that health concerns justifying abortion — even late-term abortions — are “physical, emotional, psychological, familial, and the women’s age.” In other words, any stressor upon a pregnant mother, such as pressure from the father of the child to abort, relates to her health and justifies abortion.

It appears that Dr. Oz, while calling himself pro-life, endorses the policy from Roe that gives us one of the most permissive abortion laws in the world. When it comes to abortion legislation, the United States is one of the most permissive nations in the world. It is one of seven nations — including China, North Korea, Vietnam, Canada, Singapore and the Netherlands – that permits late-term abortions after 20 weeks. This is understandable considering that the health exception in Roe makes abortion restrictions illusory.

The pro-life vote is crucial for any conservative candidate in a close election.  Pro-life voters can, and will, determine the ultimate outcome of this crucial Senate seat. Oz would be wise to rethink and clarify his position on this issue. Until he does, the pro-life voters in Pennsylvania should withhold their support and find another candidate.

Dr. Oz, how about changing your talking points and sound bites on abortion to say: “As a physician and man of science, I know that it is an objective, scientific fact that all human life begins in the womb at the moment of conception. To date, more than 62 million unborn children in the womb have been killed by abortion since 1973. It is time for this to stop. I support all legislation that will reduce the numbers of annual abortions, including bans on this horrific procedure that takes the lives of these children, who are the future of our nation.”