Republicans Must Use Social Issues to Stay on Offense 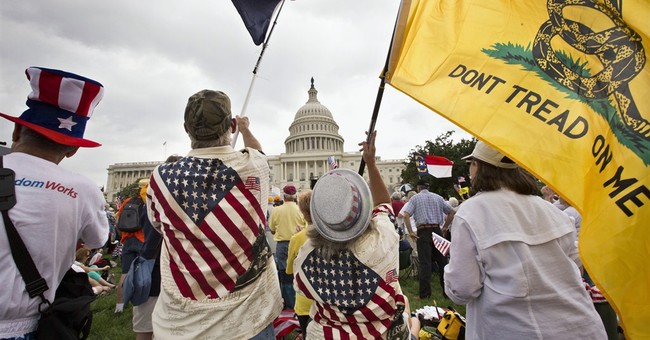 Everyone knows why the GOP lost in 2012. Social issues distracted voters from the winning Republican economic message – at least that’s what most people believe.

A new report released by American Principles in Action, a 501c4 organization based in Washington, D.C., states that this theory, while widely held, is incorrect.

The problem with this belief is two-fold. First, the social issues, if played on offense, actually help Republicans win elections. And secondly, the GOP economic message failed to connect with middle class voters immediate economic concerns.

When George W. Bush ran for re-election in 2004, the Left never accused him of wanting to ban contraception, redefine rape, or criminalize abortion, even in cases of rape and incest. Why? Because the Left was too busy playing defense. They were too busy explaining why John Kerry supported taxpayer-funded, partial-birth abortions.

Fast forward to 2012 and it’s a completely different story.

The GOP embraced a “truce” on social issues across the country. And instead of putting Democrats on defense, by forcing them to explain why they sought to roll back health standards on abortion clinics, increase taxpayer funding of abortions, and allow abortions up until the moment of birth, Republicans chose to spin it all back to their economic platform.

But it really wasn’t a “truce.” After all, a truce is when there’s a ceasefire on both sides. In this case, it was an unconditional surrender, with the left hammering the right on ridiculous accusations like wanting to make birth control illegal. The GOP waved the “white flag” anytime the social issues came up, instead of fighting back and exposing the extremism of Obama and his fellow cronies on the Left.

In fact, Gallup has consistently shown that only 26% of Americans support the National Democratic platform of “abortion on demand and without apology."

So why surrender on an issue that Republicans consistently win on? Why allow the left to have an open net to score as many goals on social issues as possible, especially when Democrats are much less in sync with voters? It makes absolutely no sense. And this is why the GOP continues to lose elections.

The truce on social issues isn’t a truce, it’s a suicide pact.

But for argument’s sake, let’s say that social issues did distract from the GOP’s economic message in 2012. What was that message?

Put simply, it was that America needed to lower taxes and address the growing national debt to create a better environment for “job creators”, so they could hire more people and expand their businesses— thus growing the economy.

In fact, this economic platform isn’t really aimed at the middle class at all. It’s aimed at giving immediate and direct help to employers and business owners, and rather quite indirect help to workers.

Republicans need a message that focuses on the immediate economic concerns of the middle class. They have obvious openings to start doing this, and they need to start – right now.

They should tie Obamacare to workers’ shrinking standard of living. Many workers are losing their jobs, losing their health care, their hours are being cut below 30 hours a week, and they are watching their paychecks remain stagnant as a direct result of Obamacare.

Republicans should also tie deficit spending to the stagnation and decrease in workers wages over the past few years. After all, from 2009-2012 the median wage for workers aged 25-64 has fell by as high as 9.7%. Over the same period we saw record deficits and massive pumping from the Federal Reserve.

Talking more about workers and families will help the GOP immensely. Coupled with fighting the good fight on social issues and exposing the Left as the extremists they are, we could see a Republican resurgency in 2014 and beyond.