Terry Paulson
|
Posted: May 13, 2019 12:01 AM
Share   Tweet
The opinions expressed by columnists are their own and do not necessarily represent the views of Townhall.com. 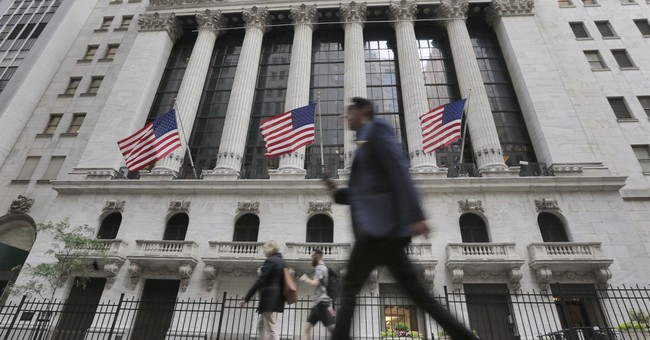 With all of the talk about socialism and expanding government entitlements by Democrat candidates, it's clear that many Americans have forgotten the key role free markets and capitalism have played in creating America's amazing success. In fact, there seems to be a cancerous cynicism about the economic engine that's been so critical in maintaining America's position in the world. Even more troubling are the calls for Medicare for all, guaranteed income, a higher national minimum wage, and the higher taxes such changes would require.

Initially, our founding fathers created a government to protect individuals from an over controlling government. They rebelled against over-taxation and government tyranny. The message was loud and clear--"Don't tread on me!"

Capitalism isn't based on greed. It's fueled by human creativity, innovation and the heart of service that rewards people for meeting the wants and needs of customers. For those that are successful, greed is optional but certainly not necessary.

I encourage you to read Rev. Robert Sirico's book, Defending the Free Market: The Moral Case for a Free Economy. It highlights the importance of free enterprise and free markets: "Markets are dynamic; they grow, the people who work in them aim to please the customer, not the power holder. ... Businesses don't thrive by robbing others. They are successful when they have the foresight to anticipate the wants and needs of others and provide goods and services to customers at prices they are willing to pay. ... In

politics, the pie is fought over to determine who gets what portion of the pie; in the market, the pie can grow."

Why does capitalism work? To Sirico, securing property rights in a world of scarcity provides a powerful motivation: "The scarcity of physical things is a feature of the world that we cannot escape. ... We can struggle with each other to grab and keep what we can for ourselves. Or we can use a system rooted in private ownership, which permits us to trade, give gifts, or share based on our own free will. This is a peaceful solution to the problem of scarcity.... The best thing that politicians can do, in regard to property, is to enact and enforce just laws in accordance with natural law-to protect

people from having their belongings unjustly confiscated." Higher taxes on the most productive is another form of confiscation.

Karl Marx summed up the socialist theory in the single phrase "abolition of private property." But the end to private property would usher in a catastrophe, not a socialistic utopia. Rev. Sirico reminds readers: "Greed is not good. But capitalism doesn't require greed. A successful entrepreneur can be motivated by things other than greed. What capitalism can do far more than socialism is prod the person's greedy impulses toward socially useful ends. Under socialism, greed's primary outlet is exploitation-legal or illegal. The greedy man under socialism can't get rich by starting and nurturing a casually useful business. All he can do is become a thief or a cream-skimming government insider. Under capitalism, he has another option: he can excel in a socially useful business. In this way, capitalism provides the greedy person a socially beneficent alternative to exploitation."

Rev. Sirico points out that free enterprise responds to the needs of those they serve: "...Entrepreneurs in a free market-far more than the government

In contrast, when visiting Russia under communism years ago, our guide Ludmilla pointed out that when the government is in control, there is no need to serve customers. When bureaucrats rewarded manufacturers for creating more dresses at lower costs, they produced mostly small sizes. Ludmilla protested, "Look at me! Do you think I fit in small dresses?" She answered it herself, "Nyet!"

There was a sign you might have seen at the Columbia and Berkley University demonstrations: "Eat the rich." But if you ate all the rich, what would you have left? Sirico clarifies: "Assuming for a moment that we could redistribute the wealth of the rich without destroying the economy,...if we confiscated all of the wealth of the world's richest 1 percent-every the last penny-we could distribute about $13,000 to every person on the planet-one time. ... How much good would that one-time $13,000 windfall do for the average poor person in the long term?"

For those who support redistribution from those who earn to those who take, Sirico has a warning: "There is a contradiction at the heart of the progressive project of striving toward equality of outcome by redistributing wealth. A tenacious focus on outcomes (as in redistribution to achieve income parity) inevitably leads to treating people unfairly-unequally-by taking from one who has worked and produced superfluous wealth and giving it to one who has not.... In place of a culture of wealth makers (the entrepreneurs and their increasingly productive employees), you end up with a culture of wealth takers."

This isn't just about how much money one can grab for oneself. There is satisfaction in using one's gifts, a sense of accomplishment that comes from earned success, a job well done, and a job that others find valuable. Such success allows people to take care of their family's future. Citizens can develop, share, and using their God-given creative capacities for good. They have the money and resources to give of their treasure to help others. Instead of paying taxes to let an impersonal government to "care" through entitlements, they get to touch the lives of others through their donations and work with charities.