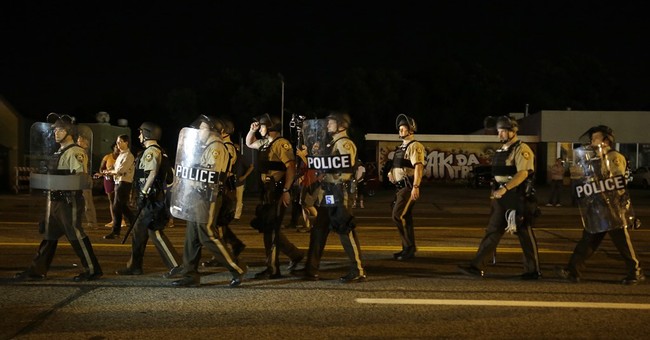 Recently, a Birmingham, AL detective pulled over a motorist driving erratically. Attacked by the man, the officer hesitated to pull his weapon for fear of being accused by the media of needlessly killing an unarmed man. The suspect pistol-whipped the officer with his own gun until he was left unconscious.

What followed the attack was disturbing. Instead of helping the officers, bystanders took pictures and uploaded them to social media. Many mocked the detective, celebrating what happened. They used the hashtag #fu..thepolice.

Former LA homicide detective Mark Fuhrman commented, “The decency is gone…. It’s just the tip of the iceberg for the movement that’s going on right now that’s anti-police…. This is a Ferguson situation all over again. And this officer was running through his mind what happened to Daryl Wilson being 100% right but losing his job and his career…. There is a war on police, and it breaks down along racial lines.”

Sgt. Heath Boackle, President of the Fraternal Order of Police admitted, “It’s not that the officers are not trained. We’re well trained. It’s just that the way some media is covering it by portraying the officers as criminals and the criminals as victims. We’re walking on eggshells.”

On the same day this story was reported on Fox News, Gary Gray’s newest movie, “Straight Outta Compton,” was released. The film revolves around the Compton rap group, N.W.A., and the world they came from and spoke to through their brutally honest music.

Giving voice to the anger many felt, they told their “truth” about life in the hood and ignited a cultural war that still echoes today. N.W.A.’s shocking and raw music helped provide a rallying cry that kept the fires burning in the hood they called home—from the Rodney King beating to the riots that followed. After being warned and then arrested for performing “Fu… the Police!” in Detroit, they bragged that bad publicity is still publicity and more record sales.

What surely is their right to sing, may not be responsible to perform. Twenty-five years later, that explosive song title is a hashtag that helps perpetuate hatred of the police.

Confucius reportedly warned, “Before you embark on a journey of revenge, dig two graves.” Understanding black rage and the police abuse that helped create it doesn’t make fueling the cycle of revenge any less irresponsible. Getting even on either side is not the answer. But are there answers?

Dr. Ben Carson, 2016 Republican presidential candidate, said, “For a young black man, the most likely cause of death is homicide. … How about we just remove the police for 24 hours. Can you imagine the chaos that would ensue? The vast majority of police are very good people. …If you hire a plumber and he does a bad job, do you say all plumbers are bad? Let's go out and kill them? ... In cases where police are doing things that are inappropriate, I think we ought to investigate those promptly and justice should be swift.”

Carson added, “Instead of people pointing fingers at each other and just creating strife, what we need to be talking about is how do we solve problems in the black community.” He said that African Americans needed to return to “family and faith, … the values and principles that got black people through slavery and segregation and Jim Crowism.”

The faith in action of Charleston's Emanuel AME in the face of a horrific mass killing was a powerful start. In reaction to the racially motivated attack, that congregation, many of whom were family members of those killed, chose forgiveness over marching in protest and rage. Unlike Ferguson, Baltimore, and New York, the race baiters and rioters stayed away. Citizens of all races embraced their courage and applauded their faith. In God’s eyes, all lives matter.

Taking a stand for family would mean decreasing the out-of-wedlock birth rate and affirming the stabilizing influence of fathers in reducing black on black crime and violence. If black lives do matter, it’s time to stem the tide of black abortions which take 1,873 black babies every day.

Finally, Ben Carson added, “The Republican party needs … programs that will help bring people out of poverty--to rise rather than simply be satisfied in a dependent position in our society.” Demand nothing less, because all lives should matter to all of us.