A Pope Who Explained the Blessings of Private Property 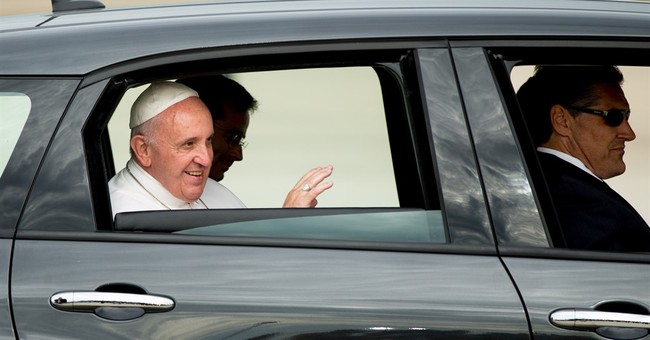 In 1818, when only 8 years old, Gioacchino Pecci began his studies with the Jesuits at a school in Italy. Seventy-three years later, as Pope Leo XIII, he published Rerum Novarum, an encyclical letter simultaneously defending the rights of working people and private property.

As this pope saw it, they were inseparable.

"It is surely undeniable that, when a man engages in remunerative labor, the impelling reason and motive for his work is to obtain property, and thereafter to hold it as his own," he wrote.

"If one man hires out to another his strength or his skill, he does so for the purpose of receiving in return what is necessary for the satisfaction of his needs; he therefore expressly intends to acquire a right full and real, not only to the remuneration, but also to the disposal of that remuneration, just as he pleases," he said.

"Thus, if he lives sparingly, saves money, and, for greater security, invests his savings in land, the land, in such case, is only his wages in another form," said this pope, "and, consequently, a working man's little estate thus purchased should be as completely at his full disposal as are the wages he receives for his labor."

So what was the first great threat this pope saw to the thrifty working man and his hard-earned property? Socialists.

"Socialists, therefore, by endeavoring to transfer the possessions of individuals to the community at large, strike at the very interests of the wage-earner, since they would deprive him of the liberty of disposing of his wages, and thereby of all hope and possibility of increasing his resources and of bettering his condition in life," wrote the pope.

"What is of far greater moment, however," he said, "is the fact that the remedy they propose is manifestly against justice. For, every man has by nature the right to possess property as his own."

Leo XIII also saw a fundamental connection between the right to private property and the rights of the family.

"That right to private property, therefore, which has been proved to belong naturally to individual persons, must in likewise belong to a man and his family; nay, that right is all the stronger in proportion as the human person receives a wider extension in the family group," he said.

"It is a most sacred law of nature that a father should provide food and all necessaries for those he has begotten,; and, similarly, it is natural that he should wish that his children who carry on, so to speak, and continue his personality, should be by him provided with all that is needful to enable them to keep themselves decently from want and misery amid the uncertainties of this mortal life," the pope wrote.

"Now, in no other way can a father effect this except by the ownership of productive property, which he can transmit to his children by inheritance," he said.

This pope saw overbearing government as a threat to the family.

"If the citizens, if the families on entering into association and fellowship, were to experience hindrance in a commonwealth instead of help, and were to find their rights attacked instead of being upheld, society would rightly be an object of detestation," said Leo XIII.

"The contention, then, that the civil government should at its option intrude into and exercise intimate control over the family and the household is a great and pernicious error," he said.

This did not mean there should not be public assistance for families in extreme circumstances.

"True, if a family finds itself in exceeding distress, utterly deprived of the counsel of friends, and without any prospect of extricating itself, it is right that extreme necessity be met by public aid, since each family is a part of the commonwealth," said the pope.

"In like manner," he said, "if within the precincts of the household there occur grave disturbances of mutual rights, public authority should intervene to force each party to yield to the other its proper due; for this is not to deprive citizens of their rights, but justly and properly to safeguard and strengthen them."

"But," Leo XIII said, "the rulers of the commonwealth must go no further; here nature bids them stop."

"Hence, it is clear that the main tenet of socialism, community of goods, must be utterly rejected, since it only injures those whom it would seem meant to benefit, is directly contrary to the natural rights of mankind, and would introduce confusion and disorder into the commonweal," said the pope.

"The first and most fundamental principle, therefore, if one would undertake to alleviate the condition of the masses," he concluded, "must be the inviolability of private property."

Pope Leo did not ignore the fact that greedy and amoral capitalists would seek to exploit and mistreat workers. He expressly recognized it.

At the core of his answer to this were Christian morality and the words of Jesus Christ.

"Whoever has received from the divine bounty a large share of temporal blessings, whether they be external and material, or gifts of the mind," said this great pope, "has received them for the purpose of using them for the perfecting of his own nature, and, at the same time, that he may employ them, as the steward of God's providence, for the benefit of others."