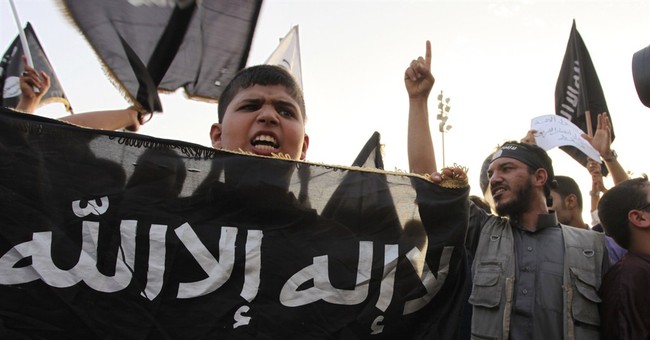 "The government strongly opposed militant forms of Islam, which it viewed as a threat to the regime."

"Although there is no explicit law guaranteeing religious freedom, in practice the government generally respected the right to observe one's religion," said the report.

This did not mean, however, that it allowed the full "free exercise" of religion that is guaranteed by our First Amendment.

"Although there is no law prohibiting conversion from Islam," said the report, "the government prohibits efforts to proselytize Muslims and actively prosecutes offenders."

In its terrorism report for 2008, published in April 2009 -- three months into the Obama presidency -- the State Department noted that back in 2006 the United States had "rescinded" this North African country's "designation as a state sponsor of terrorism."

It also noted that the North African regime had "renounced terrorism and weapons of mass destruction in 2003 and has continued to cooperate with the United States and the international community to combat terrorism and terrorist financing."

Exactly which regime was this? And, in the last decade, should American policymakers have considered its continued existence good or bad for our national interests?

This was Moammar Gadhafi's Libya.

Undoubtedly, Gadhafi was an evil man. For years, he was not just an enemy of the United States, but one who targeted innocent Americans for mass slaughter.

If there was anyone who deserved to be hit by a U.S. missile and sent to his eternal reward it was Gadhafi.

But after the U.S. invasion of Iraq in 2003, Gadhafi changed his behavior. He paid reparations to the families of the victims of Pan Am 103 and -- as the State Department terrorism report published in 2009 stated -- gave up his weapons of mass destruction program and started cooperating with the United States to combat terrorism.

Gadhafi's Libya became a net asset to the United States in protecting our people and our nation against terrorists.

But, in March 2011, about a month after an insurrection against Gadhafi arose in eastern Libya, President Obama ordered U.S. military intervention on the side of the rebels.

Congress did not authorize this intervention. Obama claimed to act on the authority of a U.N. resolution and in order to maintain the credibility of the U.N. while defending "democratic impulses."

If he had not acted, Obama said in a March 28, 2011 speech, the "democratic impulses that are dawning across the region would be eclipsed by the darkest form of dictatorship, as repressive leaders concluded that violence is the best strategy to cling to power.

"The writ of the United Nations Security Council would have been shown to be little more than empty words," Obama said, "crippling that institution's future credibility to uphold global peace and security."

In reality, what "impulses" did Obama help let loose in Libya?

"In Libya, political instability and ongoing militia violence have worsened over the year, exacerbating conditions that have already made Libya an attractive terrorist safe haven," said Lt. Gen. Vincent Stewart, director of the Defense Intelligence Agency in his Worldwide Threat Assessment published last month. "ISIL has increased its presence and influence in Libya, particularly in Darnah, where it has begun establishing Islamic institutions. Without a unified government and capable military, there is limited possibility of stability in the near-term."

Obama's effort to defend the "writ" of the U.N. Security Council and advance "democratic impulses" helped created an opening in Libya for a murderous band of militant Islamist ideologues.

George Kennan, who conceived of the containment strategy for restricting the advances of the Soviet Union in the early decades of the Cold War, might have categorized Obama's policy toward Libya as suffering from what he called "the legalistic-moralistic approach to international problems."

"In the old days, wartime objectives were generally limited and practical ones, and it was common to measure the success of your military operations by the extent to which they brought you closer to your objectives," Kennan wrote in "American Diplomacy." "But where your objectives were moral and ideological ones and run to changing the attitudes and traditions of an entire people or the personality of a regime, then victory is probably something not to be achieved entirely by military means or indeed in any short space of time at all; and perhaps that is the source of our confusion."