The Type of Al-Qaida Operative We Allow on Planes 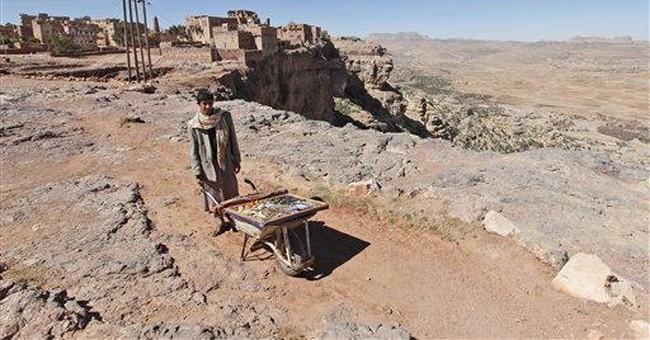 In virtually unnoticed testimony before the Senate Homeland Security Committee last week, National Counterterrorism Center (NCTC) Director Michael Leiter explained that U.S. policy leading up to the attempted Christmas Day suicide attack on Northwest Flight 253 was calculated to draw a line between two types of al-Qaida operatives: Those we allow on planes and those we do not.

The policy, Leiter said, requires an analyst to decide which category the terrorist belongs in depending on "what kind of operative he was and what his intention was."

This revelation came when Republican Sen. Tom Coburn of Oklahoma asked Leiter to explain how the government determines whether a person should be placed on what are called the "No Fly" and "Selectee" lists.

The No Fly and Selectee lists hold the relatively few names -- 4,000 and 14,000, respectively, according to Leiter -- that make it all the way to the bottom of the inverted pyramid of U.S. intelligence about terrorists.

Leiter's NCTC sits at the top of this inverted pyramid. It maintains the Terrorist Identities Datamart Environment (TIDE), a database designed, according to NCTC, to include "all information the U.S. government possesses" about known or suspected terrorists. The TIDE includes about 500,000 names.

How does a person make the cut from the 500,000-name TIDE to the 400,000-name TSDB? TSC Director Timothy Healy explained in Senate testimony last month that there are two criteria. First, the government needs "sufficient identifying data" for actual screening purposes. Second, the government needs "'articulable' facts which, taken together with rational inferences, reasonably warrant a determination that an individual is known or suspected to be or has been engaged in conduct constituting, in preparation for, in aid of or related to terrorism and terrorist activities."

For a person to make the TSDB, in other words, the government needs a factual basis to know or reasonably suspect they are a terrorist and enough identifying information to pick them out in an airport boarding process.

"Specifically, to help make these determinations, DHS uses the No-Fly List and the Selectee List, two important subsets within the TSDB," Napolitano said. "Individuals on the No-Fly List should not receive a boarding pass for a flight to, from, over, or within the United States. Individuals on the Selectee List must go through additional security measures, including a full-body pat-down and a full physical examination of personal effects."

After their pat-downs, Selectee listees can be cleared to fly.

In joint written testimony, Leiter and Director of National Intelligence Dennis Blair told the committee that would-be Flight 253 bomber Umar Farouk Abdulmutallab was on the TIDE list. But even if all the intelligence on him had been put together properly, he may not have made the Selectee or No Fly.

"Had all of the information the U.S. had available, fragmentary and otherwise, been linked together, his name would have undoubtedly been entered on the Terrorist Screening Database which is exported to the Department of State and the Department of Homeland Security," said Leiter and Blair. "Whether he would have been placed on either the No Fly or Selectee list -- again based on the existing standards -- would have been determined by the strength of the analytic judgment."

Sen. Coburn asked Leiter: How would that judgment have been made?

"On that first one, under the existing standards, I think he's likely in the Selectee, but likely not the No Fly," said Leiter. "On the later analytic judgments, it's more likely that he gets into the No-Fly criteria. It's easy, after the fact, to look back and say, clearly, he should have been in the No Fly, but it really would have depended on what the analyst said, putting all those pieces together, about what kind of operative he was and what his intention was."

Leiter told the committee: "We ought to have standards that allow, frankly, a greater degree of flexibility -- that you don't have to be able to predict exactly what an individual is going to do. If he has certain associations and is involved in any sort of operational activity, it's a pretty clear answer and that should be No Fly."