The Pentagon as a Jobs Program, Part 3 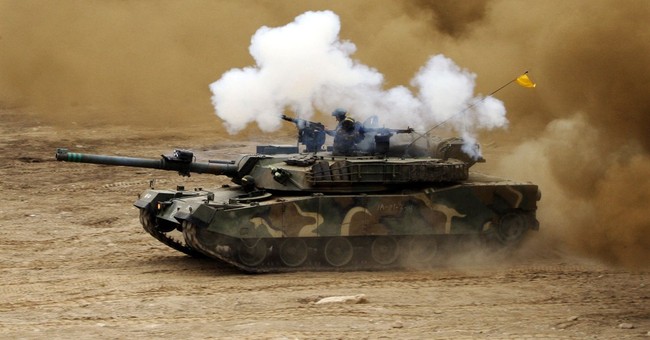 A couple of months ago, I cited the example of upgraded Abrams tanks being shoved down the Pentagon’s throat by certain members of Congress because tank production = jobs back in the district. I followed that up with some historical background on congressional Pentagon pork-barreling that is discussed in former Reagan budget director David Stockman’s new book. Yesterday, a Wall Street Journal article on congressional resistance to reprioritizing military spending provided a new example:

The battle over the Global Hawk is emblematic of the difficulty the Pentagon faces in trying to reduce its inventory while shifting its focus from the ground war in Afghanistan to emerging threats elsewhere.

The Defense Department has sought to ground the fleet of 18 Global Hawk Block 30 drones, which has been used to conduct surveillance from Afghanistan to Libya. The Air Force says its piloted U-2 planes have better surveillance equipment for the job—and that ending the Global Hawk program can save $2.5 billion over the next four years.

Lawmakers have not only rejected the Pentagon plans, but set aside $443 million to compel the Air Force to buy three more Global Hawks. On Tuesday, the Air Force said it is moving ahead with buying the drones even though it doesn’t want them.

Northrop can rely on bipartisan support. The planes are built in the district represented by Rep. Howard “Buck” McKeon (R., Calif.), who heads the Armed Services Committee, which will consider a plan to keep Global Hawk running through 2016.

McKeon – who has issues with numbers when it comes to military spending – recently made news when it was discovered by Politico that a lobbying firm run by his brother and nephews is taking on military-related companies as clients. In a statement to Politico, McKeon said that “We are knowledgeable about the [ethics] rules involved and will be devout in our adherence to both the letter and the spirit of those rules.” Well, that’s good to hear. It’s worth noting, however, that when it comes to congressional ethics rules, the fox is guarding the henhouse.