The Welcome Relief of a Royal Fairy Tale

Suzanne Fields
|
Posted: Dec 01, 2017 12:01 AM
Share   Tweet
The opinions expressed by columnists are their own and do not necessarily represent the views of Townhall.com. 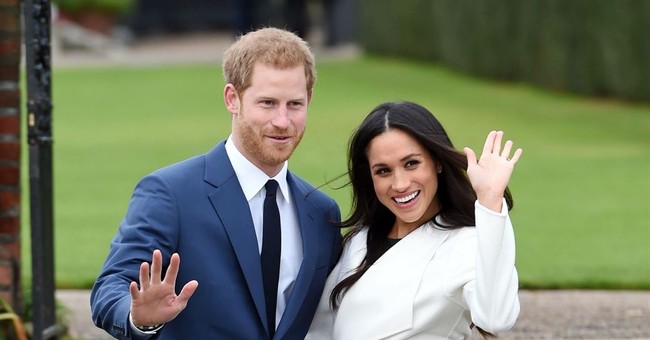 What a relief! Prince Harry and Meghan Markle -- young, romantic, endearing in their mythic appeal -- replace the old, aggressive harassers with thinning hair and sagging, lecherous facial lines. There's happy news amidst the cheap and fake.

Love trumps lust; ceremony softens sensation; beauty triumphs over the beastly. Prince Charming and his damsel fair update the fairy tale we've been waiting for. It's easy to poke fun at the pomp and pelf of the royals, but who doesn't like a royal romance, if only as a diversion from the frequent ugliness of the real world?

There's an abundance of gossip in Old Blighty about Markle the American actress with a black mother and white father, adding multi-culti glitz and celebrity to the royals. But when they stood in front of the leafy green formal garden at Kensington Palace to announce their engagement, the occasion had decidedly low-key dignity. The dark-haired beauty looked with unconcealed longing at her charming prince, a refreshing picture in these jaded times of wrinkled lechers harassing innocent young women.

The catty and the cruel on yonder side of the pond complained bitterly that so many British men fancy American women. Columnist Melanie McDonagh observes with a smirk in The Spectator, a smart London weekly, that "seventy years ago, Meghan Markle would have been the kind of woman the Prince would have had for a mistress, not a wife." But most Britons have been delighted with the pictures of the two holding hands and indulging in carefully measured flirtation. Prince Harry told a BBC interviewer how they chose each other, nurturing mutual infatuation on a camping trip under the stars in Botswana. Markle talks of the joys of long country walks together, and how the first question she wanted answered before being set up with him was whether he was "nice."

Perhaps this royal romance will recall some of the more appealing elements of respect and deference that men traditionally have extended to women. The sexual revolution, for all of its positive emphasis on equality in sexual relationships, has so vulgarized male-female relations with a coarse, gauche vocabulary sprinkled with obscenity that in this royal romance, there's an undercurrent of longing for the discarded decorum and civility that once attended falling in love.

Most of our British cousins hardly want to recall the heavy strictures of the royal family, who a couple of generations or so ago destroyed love matches over the issue of divorce. King Edward VIII abdicated when he was forbidden from marrying Wallace Simpson, a divorced American who was the love of his life. (Henry VIII avoided divorce with a guillotine.) Princess Margaret, under pressure by her sister, the queen, gave up Group Capt. Peter Townsend, a dashing but divorced hero of the Battle of Britain, with a statement of duty to God and country that is barely believable in modern ears ("Mindful of the church's teaching that Christian marriage is indissoluble and conscious of my duty to the Commonwealth, I have resolved to put these considerations before any others," she said.) She found unhappiness in a bad marriage, which would end, ironically, in divorce.

The new royals seem happy in welcoming Markle despite her divorced status. Modern woman or not, she was pleased to describe how Prince Harry got down on one knee to propose, offering a ring with two modest diamonds that belonged to his mother. Quaint rituals of courtship are hardly likely to return, but a lack of rules governing intimacies between the sexes can create unhappy consequences, leading women to complain, as we have recently seen, of the bad effects of "toxic masculinity." Famous serial creeps insist their behavior was mutual and acceptable, similar to the cold and calculating "hookups" that seem to be the norm on campus.

Some ancient rituals of courtship dictated conformity that stifled sexuality, denying men and women the freedom to discover each other by expressing spontaneous feelings of affection that could ripen in the warmth of true love. But the old rules provided both sexes a mutually acceptable way to get to know each other by acknowledging the authentic physical and emotional differences between a man and a woman. Sexual liberation sometimes mocked the rituals of courtship as demeaning to women. If men and women are alike, goes the reasoning, men and women should think and act alike. We know that's not true. Crude men rationalize that their crude urges will always be reciprocated. We know that's not true either.

Decorum and dignity are old-fashioned concepts, perhaps beyond quaint, but it wouldn't surprise me if such notions were to stage an unexpected comeback. Women might be pleased to find out -- just in time -- whether the men they meet are "nice."