A Great Movie but a Lousy Life

Suzanne Fields
|
Posted: Oct 13, 2017 12:01 AM
Share   Tweet
The opinions expressed by columnists are their own and do not necessarily represent the views of Townhall.com. 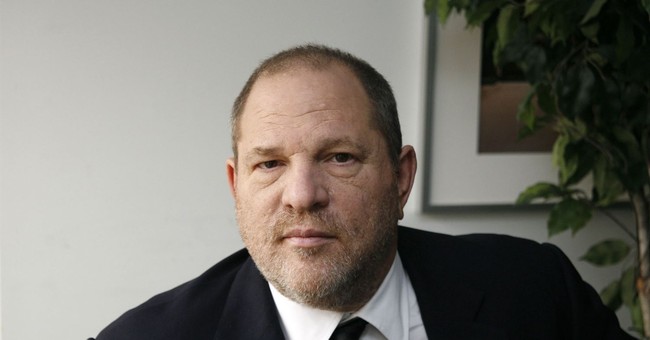 What is it about these pathetic men with a paunch who imagine their looks and libidos are immortal and think their excuse for manliness continues to attract sweet, young flesh? You might ask some of the women.

These men have something women want. It can be money, a piece of the action that such creeps control and a ticket to a glamorous party life. Submission sometimes works for a woman who can tolerate demeaning behavior, and not giving in to crude appetites can mean losing more than her dignity. It can mean cutting off access and opportunities to make it in a world dominated by men. An ambitious woman might exchange degradation for a role in a movie, or take a role as arm candy to get introductions to influential people. A woman exploited by a powerful man might move up to stardom with passive acceptance or silence. Challenging a creep can be costly.

Bad behavior is nothing new. The casting couch and lecherous directors, like the lechers and creeps in Washington, have been figures of satire in Hollywood as far back as the 1930s, and even earlier. But hype and exposure today raise the stakes, and the most glamorous and powerful people assist the culprits because they have a lot to gain. There's guilt by association and a lot to lose by speaking up. Wives, for example, are glibly called "enablers," but they can lose money, status, support and powerful associates if their husbands are exposed as cads. Only now is Georgina Chapman leaving Harvey Weinstein.

When then-President Bill Clinton was accused of dalliance with a young intern, his wife, the first lady with political aspirations of her own, blamed a "vast right-wing conspiracy." When other victims came forward with accusations of rape, she accused them of peddling lies. It was a pact with the devil, and the devil paid off -- she got to run for president twice.

When Woody Allen snapped nude photographs of his stepdaughter (and "legitimized" his prurient taste by eventually marrying her), Hollywood focused on his talent, not his character. Roman Polanski, who pleaded guilty to having unlawful sex with a 13-year-old, won an Academy Award.

Showbiz people have the advantage of using their flaws and failures, as well as those of others, as fuel for the creative imagination. Two of the biggest stars in comedy are just getting attention now by sensationalizing sexploitation.

In one episode of the new season of Tig Notaro's "One Mississippi," a liberal radio station programmer plagued by rumors of bad sexual behavior invites a female employee to his office for a meeting and pleasures himself behind his desk as he talks with her. (Does this character sound like anyone we've all been reading about?) The comedian Louis C.K. is dogged by tales of similar creepiness. He stars in a new movie, "I Love You, Daddy," that touches on gossip about sexual transgressions of stars like Woody Allen and himself.

"Part of what makes the comedy of Louis C.K. and Ms. Notaro exciting is that they both often suggest they are giving us a peek at an actual life," writes theater critic Jason Zinoman in The New York Times. But actual life is giving us lots of actual life already. Moral judgments are cheapened as sexual distinctions in entertainment narratives blur the reality.

Piggy men breed cowards, hypocrites, and opportunists. Reporters who solicited comments from Hollywood players when the Weinstein scandal broke found that the ample self-serving pieties applied to fallen conservatives were suddenly in short supply. It took five days for Hillary Clinton to be "shocked" enough to speak up and days for Michelle Obama and former President Barack Obama -- who allowed their 19-year-old daughter to work for Weinstein -- to discover that they were "disgusted."

Now, there's a preening rush to judgment as sordid details of the Weinstein scandal escape into the public prints. It's a truism that a big man's fall from grace never happens at the height of his power. Judging him a pariah now is easy. "I don't think that people were looking the other way," George Clooney told The Daily Beast. "I think that people weren't looking, because in some ways, a lecherous guy with money picking up young girls is unfortunately not a news story in our society."

A tweeting reader on the web nailed it best when she said why Harvey Weinstein was finally brought to ground and unceremoniously sacked by the company he founded and ran for so long. "The Weinstein Company didn't fire Harvey because they found out he was a sexual predator," writes Upworthy's Laurie Stark. "They fired him because WE found out."