Hurry up, Please. It's Time.

Suzanne Fields
|
Posted: Sep 09, 2016 12:01 AM
Share   Tweet
The opinions expressed by columnists are their own and do not necessarily represent the views of Townhall.com. 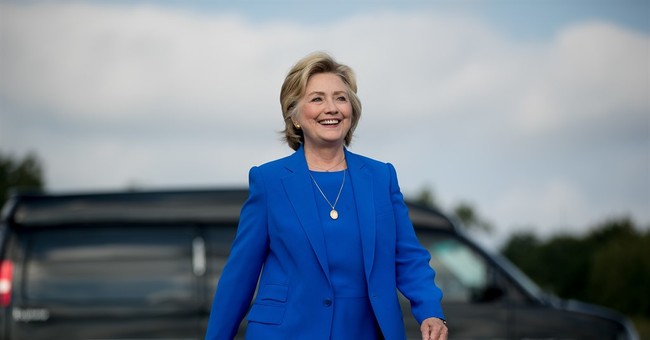 Trending
T.S. Eliot thought April is the cruelest month. But he didn't live long enough to sample the 2016 presidential campaign. Besides, he skipped the country to take up citizenship in England.

September and October are the cruelest months this year, leading out of a long, hot summer to the autumn road that will take us to the momentous decision. Who will preside over the Oval Office for the next four years? In Eliot's poem "The Waste Land," there's the reprise of familiar words he heard at the end of the evening at the pub: "HURRY UP PLEASE ITS TIME." They're words that come to mind now.

The conventional wisdom (which is not always wrong) says that most voters have made up their minds, that it's all over but the counting of votes. But the polls are rocking with different numbers, suggesting that a lot of people still aren't sure. Donald Trump's negatives haven't changed much, but Hillary Clinton's now outpace his. His missteps and mistakes congealed after he won the nomination and set a tone through insults and personal attacks, drawing a caricature of a bully leaving deep footprints in the landscape.

Clinton's missteps, by contrast, have a softer, insidious consistency. She continues to tiptoe around the truth as if it were something that might stick to her shoe. She has told so many lies that it's hard to keep up with the minutiae of her manipulation. Eyes glaze over. Two decades ago, William Safire, the New York Times columnist, said that Americans would eventually see Clinton, who was then first lady, as a "congenital liar," someone born to lie. He catalogued chapter and verse of her mendacity, and though the specifics have changed, the pattern she set has remained with an eerie persistence.

Clinton's lies, he wrote, were not irrational, because they enabled her to buy, delay and distract. In one particular example, when the FBI found copies of her "lost" records she "found" them, too, and lucky for her they miraculously appeared two days beyond the statute of limitations expired, which enabled her to evade a civil lawsuit. Friends and aides could be counted on to help her cover her tracks, and she would advance their careers.

Safire thought Clinton would inevitably trap herself in the web of her mendacity, but until now she has run out the clock. Timing in love, war and politics, as we all know, is everything. The clock continues to move in her favor, but the tick and the tock have taken on a baleful note. A new CNN poll shows Trump not only closing the gap, but inching ahead of Clinton by 2 points in a four-way race with Clinton, Gary Johnson of the Libertarian Party and Jill Stein of the Green Party. The third and fourth candidates might do for Trump what candidate Ross Perot did for Bill Clinton against George H.W. Bush in 1992, draining just enough attention and votes to enable Bush to squeak through and win.

No doubt Hillary Clinton thought that her emails and reckless abuse of national security would be long gone from the public mind by now, and that the Clinton Foundation, so adept at scooping up millions from rich foreigners who are anticipating business with a new president, would be seen as a clutch of do-gooders on missions of mercy. Instead, she's suffering the wounds of a thousand cuts. She has counted on Trump's low numbers on honesty being worse than hers, and she can't count on that any longer.

In that same poll the Republican nominee trumps Clinton for honesty and trustworthiness by 15 percent among likely voters. His brash, reality-show style may be better suited to the times than her calculated lying. He recently explained his donations to varied causes, saying: "I was a businessman. I give to everybody. When they call, I give. And you know what? When I need something from them two years later, three years later, I call them. They are there for me. That's a broken system."

The Clinton style is to take advantage of the broken system in another way. When she was secretary of state she invited Douglas Becker, founder of the for-profit college network Laureate International Universities, a man "who Bill likes a lot," to an intimate dinner at the State Department on global diplomacy in higher-education policy. Nine months later Bill became a consultant and "honorary chancellor" of Laureate, earning $17.6 million over five years. Becker has since given millions to the Clinton Foundation.

Images and impressions are beginning to stick now, and character will out. The conventional wisdom, which is carefully nurtured by the media, has been saying that Clinton would win in a landslide. Now the odds are changing. In the race to the bottom it's hard to discern a winner. Hurry up, please. It's time.