Prying Women Out of the Kitchen

Suzanne Fields
|
Posted: Feb 26, 2016 12:01 AM
Share   Tweet
The opinions expressed by columnists are their own and do not necessarily represent the views of Townhall.com. 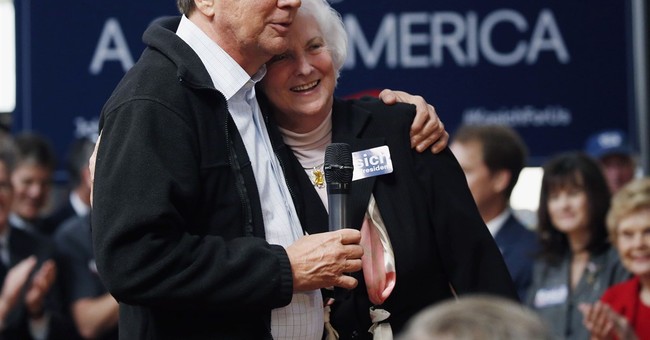 John Kasich is Mr. Nice Guy, who tries never to offend and appeals to men and women who are content to live their lives in familiar territory. But he got a little egg on his face when he fondly remembered the women in Ohio who "emerged from their kitchens" to work for him early in his career.

He paints his remembrance of good things past, his first race for the Ohio state senate, in shades of sepia, long before women would "lean in" professionally at the office, but remembered what it meant to lean over a hot stove. "How did I get elected?" he asked himself rhetorically at a campaign rally the other day. "We just got out an army of people, and many women left their kitchens to go out and go door-to-door and to put yard signs up for me."

Not so long ago, this would have gone unremarked, a gallant tribute to the industry of women celebrated in a feminist anthem ("I am woman, hear me roar") in an era just past. But in the age of the Internet and cable-TV, it's a gaffe, played over and over again, with the voice of an aggrieved woman in the audience who said she would support the governor again but she wouldn't be coming out of a kitchen.

Women's politics ain't what it used to be, and the way women say they want to be perceived has undergone radical change. The image of the happy housewife in a white apron, having spent the afternoon baking oatmeal cookies for the kids, greeting her husband with an extra-dry martini as she emerges from a kitchen stocked with the soaps and sauces her husband sells to support their upscale lifestyle, is gone with the "Mad Men" depicted in the television series. Despite foodie elitism and the proliferation of organic, gluten-free supermarkets, today's feminists don't want to be associated with a kitchen unless it's something about gourmet cookery. A souffle would fall flat as a crepe if the chef abandoned the kitchen to put up a yard sign.

Governor Kasich had wandered into a time warp. He must freshen up the label if he wants to talk about the ladies -- and he had better not call them that. Voter distinctions of women depend now on something safe to talk about, like ethnicity, age, marital status and economic class. The governor is not alone in the crossfire of politically correct snipers. Pollsters and pundits are frantically trying to figure out the new categories appropriate to learn, as Freud put it in another context, "what women want."

Among Democrats, younger women are inspired by Bernie Sanders' socialist "revolution." Older women prefer Clinton's familiar feminist rhetoric. Different gender gaps can become Republican potholes as dangerous as the streets of Washington in the aftermath of a brutal winter of snow and ice. Mitt Romney won a large majority of both white women and white men in 2012, but lost both black and Hispanic men and women, and paid the price.

The election in November will shift the landscape again, and depending on who's running, images will be crucial if not necessarily always from a strictly feminist perspective. Clinton worries that Marco Rubio would peel away enough Hispanic voters to cut into the ethnic majorities that so favored Barack Obama. Rubio is the age John F. Kennedy was when he was elected in 1960, a comparison not lost on voters who listen to his cadenced rhetoric and youthful intelligence. The cameras love his picture-perfect Latino family, just as they were seduced by JFK's photogenic Irish charm.

The latest cohort on the voting radar is single women. The proportion of American women with husbands dropped below 50 percent in 2009, a historic low. This statistic includes never-marrieds, as well as widowed, divorced and separated, a number swollen by older women who are outliving their husbands.

The number of adults under 34 who have never married has risen to 46 percent, up 12 percent in a decade. This favors liberals, observes Rebecca Traister in New York magazine. Single women, she says, "have a set of needs that has yet to be met by government." They think they see those needs answered in Sanders' optimistic and naive socialism; Clinton, weary from propounding "battle-scarred pragmatism," must pick up the tab for a decade of her party's failing the expectations of women.

By contrast, Republicans appeal to economic growth and reducing the regulations and burdens on business, enabling them to produce jobs for men as well as women. Women's lives matter, and so do men's. The demands of the single woman is double-edged for both Republicans and Democrats. Who wins in November may depend on who best stands the heat in that abandoned kitchen.