Sometimes It's a Blizzard but Not a Snow Job

Suzanne Fields
|
Posted: Jan 29, 2016 12:01 AM
Share   Tweet
The opinions expressed by columnists are their own and do not necessarily represent the views of Townhall.com. 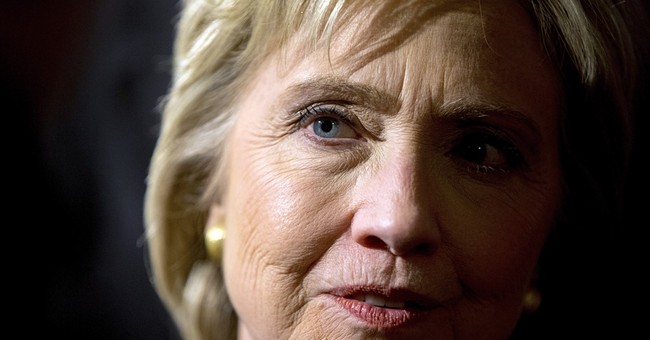 It's a strange time to be in a blizzard in the birthplace of "New York values." The wind howling through the canyons of commerce like a wolf at a full moon, and for a change the noise is from nature and not from the politicians. The blinding whiteout clears the mind to focus on what's at hand -- and what requires a helping hand.

A bus driver on Second Avenue treats a passenger like a hero for challenging Manhattan's frozen landscape. He asks for only half-fare on the last bus running before the system shuts down, winking with a suggestion of camaraderie on an icy adventure together into the storm.

On the subway, a brawny young man wears a rolled-up ski mask atop his head. He could pull it down over his face and scare the devil out of a nearby woman who is wearing an expensive coat and holding a fashionable purse, but instead he offers her his seat with a gesture of gallantry that pleases them both. A few young men in the crowded car look a little sheepish for lacking the chivalrous gesture at a rare time when looking out for your neighbor is the supreme sensibility.

Tots at a nursery school take off more scarves, coats, overalls, boots and mittens than you could find in an Amazon fulfillment warehouse. They appear pleased with themselves for having made it through the bracing wind driving the snow like sand in their faces. Their parents are pleased that the weather didn't keep the kids at home, despite all the warnings. They're urban pioneers, and pioneers in any age are not timid or afraid, not even of the frozen shadows thrown across a snowbank.

A YouTube video goes viral. In it, a snowboarder carries an American flag as a Jeep swiftly pulls him through a Times Square shorn of automobile traffic, getting high-fives from pedestrians. One of New York's finest pulls up to the renegade sportsmen to tell them they are "awesome," and this time he won't write them a ticket for disobeying the ban on traffic, otherwise strictly enforced. No cop hatred here.

The phrase "New York values," which Ted Cruz glibly coined to mock Donald Trump's Big Apple arrogance, carries no meaning in the midst of a blizzard like this one. The polarities that drive politics disappear in a brief moment of unity to challenge nature's worst. Back in Washington, which shared the storm with cities across the Atlantic seaboard, the frightened mayor closes the subway system for the entire weekend, and Congress suspends business for the following week because it's difficult to plow through the snow. Poor babies. New Yorkers scoffed that it was providential for Congress to be snowbound, preventing them, if only for a brief interlude, looting the pockets of everyone else.

Politics magnifies differences; nature's ferocity draws us into a closer community. The storm reminds us that we need government to protect us, but a blizzard emphasizes the ways that people can help people, independent of the nanny.

The politicians reflect the tensions between these two approaches. Almost nobody trusts the government now. Just 19 percent of Americans say they trust the federal government most of the time or all the time. This statistic from the nonpartisan Pew Research Center is a figure among the lowest in 50 years, along with a steep decline in the belief that the government is run for the benefit of all Americans.

Challenging ecstatic crowds for Bernie Sanders in Des Moines, Iowa, Hillary Clinton (stealing a line by Mario Cuomo) observed derisively, "You campaign in poetry. You govern in prose." In a town hall forum, she painted herself as the prosaic one. Clinton conceded Sanders' emotional energy, but mocked his poesy while she spoke in firm, fluent prose.

Clinton prose was a dark and disjointed epic of her experience, adventures with protesters, gunmen, meetings with foreign leaders, followed by the challenge of a young voter who asks why "quite a few people ... think you're dishonest." You could see that she had to restrain an impulse to aim a verbal spear into his perceived Cyclopean eye.

Instead, she spoke (in prose) of the millions of dollars worth of hostile criticism thrown at her, and boasted, "I'm still standing." She may be Ulysses for endurance and age, but her message does not inspire. Bernie Sanders is trying to rewrite "Candide," crafting a wish for the "best of all possible (socialist) worlds."

Literary references have their limits in politics, but for those tired of cliched campaign rhetoric, it was refreshing to enjoy brief connecting moments in the blizzard that bring out the best in citizenship. We suddenly understood why Walt Whitman could hear America singing. The new Freedom Tower, rising from the ashes of the twin towers, stood defiant and majestic with the snow swirling around it. You might call it a New York value.