The Robots Are Coming, With Not Much Yet to Say 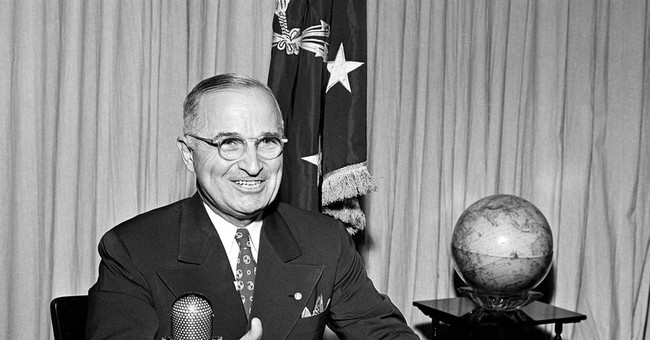 Trending
Harry S. Truman once told a newcomer frustrated with the ways of Washington to expect permanently tough times. "If you want a friend in Washington," he said, "get a dog." That's still good advice, but now there's an alternative, and it comes already housebroken. The robots are coming!

One of them is Barbie, the best friend of little girls of a certain age. This one is called the Hello Barbie, and she's on her way to the market. She has a microphone at her tiny waist to connect her to an Internet server in the cloud. She is designed to put a little girl's head in the clouds, programmed to speak 8,000 sentences that relate to her world.

How strange that we think we can instill in toys of metal and plastic the roots of feeling and empathy for others. But that's what programmers in the high-tech world see as the future. Barbie is merely symptomatic of the most simple-minded techniques of robotics. More sophisticated robots are programmed to show sensitivity and care in conversations with aging adults who have no one to talk to, or to patients alone in a hospital or nursing home.

We're moving toward a world where robots are set up to be companions to save busy friends, family and professionals the trouble of doing it themselves.

It sounds like science fiction. It may be science, but it's no longer fiction. Simulated relationships are the latest in interactive technology, new rungs on the ladder to success. In a world where "friend" is a verb ("friend me on Facebook") and we "interface" with a computer, "losing face" takes on new meanings. What we're losing is the ability to read a face, to feel pain and pleasure in an actual voice, to sense the suffering beneath the surface of a text or tweet.

In one session of testing Hello Barbie conducted to see how the tiny robot would work in a conversation with a real person, Barbie asked a seven-year-old girl named Tiara whether she had ever experienced jealousy about something. Tiara answered yes, and said, "Other people talking about me."

That stumped Barbie, who hadn't been programmed to deal with such a human answer, and she replied generically. But her creators expect her to learn the nuances of such tasks soon. In another session, this time with a child in kindergarten, Barbie sought advice for mending a friendship, having argued with a friend, and the child suggested that she apologize. Barbie agreed. Robots can be fast learners if a child shall lead them.

All this is fun and sounds harmless enough, but Hello Barbie aims to be the most advanced toy with artificial intelligence. This is the apex of high-tech, suggesting that dolls can have actual feelings, but it's a low point for a child trying to develop authentic insight by interacting with a lifeless doll. Hello Barbie has been compared to Pinocchio, a doll that yearned to be human and ultimately becomes a boy, but there's a big difference between hearing the tale of Geppetto's carving and actually learning from a digital doll. The Pinocchio story develops emotional and moral imagination around a delightful and touching story. Pinocchio was intended to be read to or by a child, inviting a conversation with an adult about the richer meanings, themes and morals of the story.

The interactive Barbie, with only 8,000 lines of dialogue, not only promises to intrude into the imaginative processes of a child, but also to replace a flesh-and-blood adult in actual conversations where moral decisions and empathy are nurtured.

In her book "Alone Together," Sherry Turkle, a professor of science and technology at Massachusetts Institute of Technology, argues that we expect more from our small and wondrous machines and less from each other. The manipulation of technology is particularly fraught in relationships between adults and children with a scarcity of "eye contact." Smart phones are saddest when they deprive parents and children of undivided attention.

Sherry Turkle tells of a 15-year old girl who grew angry with her father when he took out his smartphone to check facts in their conversation: "Daddy, please stop Googling," she said. "I want to talk to you." Conversation humanizes and teaches empathy and understanding inside thoughts and feelings. No matter how smart Barbie gets with her digital assets and transplants, her frozen smile betrays the empty head of a doll. It takes the beating heart of a parent to understand the bleeding heart of a child. A friendly dog might empathize, too, but a bark is no substitute for a kind human word.