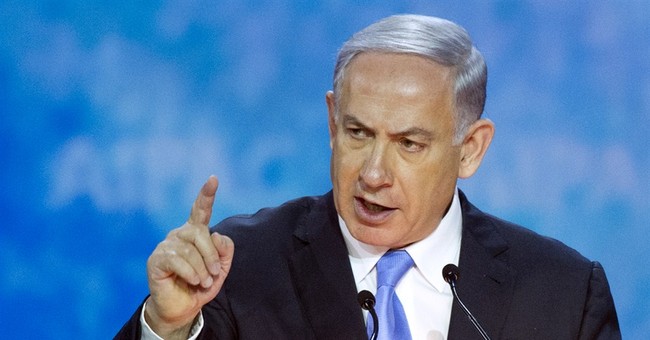 Benjamin Netanyahu leavened his powerful account of what's really at stake in the nuclear negotiations with Iran with a little history and a little wisdom from the Bible. And why not? The war against the terrorists in the Middle East is a war against evil men peddling a violent perversion of a religion.

Everything about this conflict seems rooted in religion. Mr. Netanyahu's speech and the wake that follows falls in the week of Purim, the Jewish celebration of the story of Esther, told in the Book of Esther as a triumph of good over evil and the rescue of the Jews from annihilation. The world could use another story about a miracle in the Middle East.

Esther was a woman who lived 500 years before Christ, a woman who the Bible says "found favor in all who looked upon her." Her beauty so besotted the king of Persia -- present-day Iran -- that he married her. Moreover, he listened when she told him that he had been duped by the evil Haman who tried to persuade the king to destroy the tiny minority of Jews in the kingdom. Esther revealed herself to her husband as a Jewess, exposed Haman's plot, and the king sent Haman to a gallows Haman had erected to kill Jews. Esther is honored among Jews for saving the race, and she is honored by Christians as well.

Nobel Peace Laureate Elie Wiesel, who was recognized by the prime minister at the end of his speech to the joint session of Congress, cites Purim and the story of Esther as a reminder of why it's only wise to be wary of modern Persians such as Ayatollah Khamenei, another Haman who vows to "annihilate, murder and destroy the Jews, young and old, children and women. The prime minister echoed the tragic refrain, "Never Again," with reference to the murdered Jews in World War II, observing that the death of 6 million Jews was not isolated from the 60 million people killed in World War II. The evil deeds of the current "Persian potentate," goaded by the ancient hatred of anti-Semitism but armed with a nuclear arsenal, threaten us all. The ancient Bible lesson demonstrates the power of evil to obfuscate truth and lurk behind deceit to "hide and cheat."

The Esther story has fascinated scholars throughout history because it doesn't show God at work in miracles (He is never mentioned in the Bible account), but emphasizes the way man, with all his vulnerabilities, conflicts and flaws, can confront and defeat evil. "God helps those who help themselves," schoolchildren of an earlier era were taught.

This, too, is a lesson for our times. "I can guarantee you this," Mr. Netanyahu said. "The days when the Jewish people remain passive in the face of genocidal enemies -- those days are over. We are no longer scattered among the nations, powerless to defend ourselves. We restored our sovereignty in our ancient home. The soldiers who defend ourselves have boundless courage. For the first time in a hundred generations, we the Jewish people can defend ourselves. Even if Israel has to stand alone, Israel will stand." This brought the House chamber to its feet with whoops and whistles, evidence that Israel will not stand alone because it has many friends in America.

Queen Esther is replete with analogies for today, but Esther was a supplicant, who argued from weak dependency on the king. Mr. Netanyahu warned that his country is no longer a supplicant, and though it is grateful for its friends, is no longer passive or powerless. This was a message not only for the enemies who surround Israel at home, but one for President Obama and his wise men and women to ponder.

He took pains to illustrate the cords of memory and shared faith that bind his nation to ours and to thank America for the assurance, from Democrats and Republicans, liberals and conservatives, that "America stands with Israel." He drew on the Founding Fathers' appreciation of Judeo-Christian faiths with common origins, common strengths, common hope and common confidence. He took note of the painting of the prophet Moses on a wall of the chamber.

Purim is celebrated with masks and costumes, suggesting layers of hidden meaning in human motives and behavior. That sounds like Washington. Sunday-school children hiss, boo and stomp their feet acting out the Bible story of Esther, much like some Democrats wanted to respond to the Netanyahu speech. Nancy Pelosi, the leader of the Democratic minority in the House, sat on her hands during much of the speech and hurried out of the chamber in tears of anger and frustration.

On the wheel of fortune, Purim exposes just how narrow the space between tragedy and triumph. The Bible, not for the first time, has a story for our time.