A Magical Tale of a Boy, a Bible and a Gun in Texas 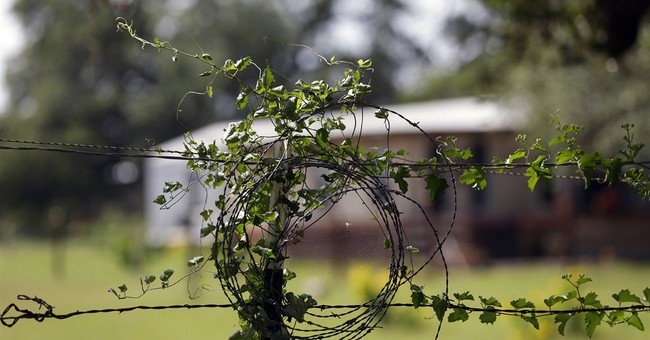 Trending
Social conservatives feel betrayed by the popular culture, and why not? If Hollywood depicts someone with a gun or a Bible, he's a figure of ridicule, entitled to say with Rodney Dangerfield: "I don't get no respect." (But Rodney's was an act, and he got paid for it.)

The coastal "sophisticates" mock the rubes, as in an episode on "True Blood," the HBO series with werewolves, vampires and theocratic bloodsuckers, which depicts two rich Republican stereotypes at a Ted Cruz fundraiser at the George W. Bush Presidential Library in Dallas where a massacre follows. What fun.

Relief is at hand.

The new movie "Boyhood" gets to the heart and kidney level of experience, shunning the superficial overlay of cultural and political divides, moving instead to authentic love and affection in intimate family relationships that transmit family values from the inside out. A scene with a boy, a Bible and a gun becomes an understated milestone of growing up.

Movie director Richard Linklater, born in Houston and bred in East Texas where the Deep South begins to give way to the West, delivers a refreshingly different kind of story in his wonderful new movie set among his people and the places they live. He tells how he resents the way his people are portrayed as hicks and rubes, simplistic in the extreme. He reverses the course.

In a particularly touching scene, Mason, the protagonist played by Ellar Coltrane, celebrates his 15th birthday with his loving grandparents. The older country people give the boy his first Bible, with his name engraved on the cover and the words of Christ printed in red ink inside. He gets his first gun, ready for shooting the tin cans his grandfather throws in the air. The scene is shot lovingly, without judgment, reflecting love and the enduring rites of passage across the generations.

Linklater remembers a similar experience at 13 in his own life, which he calls his "redneck bar mitzvah." His grandmother gave him a Bible, too, because "she cared about my soul." He tells The Washington Post how his grandfather gave him the gun, that his father had given him, marking his passage to manhood. "They were sweet people," he says.

"Boyhood" was shot in real time, focusing on Mason as he marked the years from 6 to 18. His parents and his sister are portrayed in the same real time, and everyone ages, though the movie was shot from a script. It's a drama portraying real, live moments caught perfectly in the flux of time.

Polarization is the name of the game now in America, particularly in Washington with its fierce partisan fights over the social issues. That's not where most of us spend most of our time. Linklater reckons that many people grow up like he did, even if not in Texas, but with sensibilities of right and wrong similar to those he absorbed in shades of gray with occasional splotches of color, testimony to infinite variety -- some good, some not so good.

"Boyhood" is a coming-of-age of a boy, but it's the story of a family, too. In the heat of their youthful discovery of sex, his mother and father conceived a daughter and a son, but how each parent met the responsibility of raising the children changed them, too. This is generational change with more empathy than anger, more warmth than rebellion.

We get realistic insights into the lopsided challenges of divorce. Mason's single mother assumes the heavy lifting both at home and at work, while his single father is the jolly paternal playmate on weekends. The responsibilities are uneven, but so are the satisfactions. In a revelatory moment, after Mason's high school graduation, the father tells his mother what a good job of raising him she has done. The moment is neither sentimental nor a feminist rhetorical device, but a sensitive recognition of the differences in nurture and nature. In middle age his father becomes the man that Mason's mother had wanted him to be when he arrived on the scene in a flashy Pontiac GTO. He drives a minivan with his second family.

This is social politics told across the generations, up close and personal. Richard Linklater calls it a shame that the liberals dismissed the affections and loyalty of Southern white people over "the cultural divide of religion and guns." Bridging the divide requires "a little bit of understanding." He offers more than a little bit in "Boyhood."