It's Not Sexism; It's Insanity 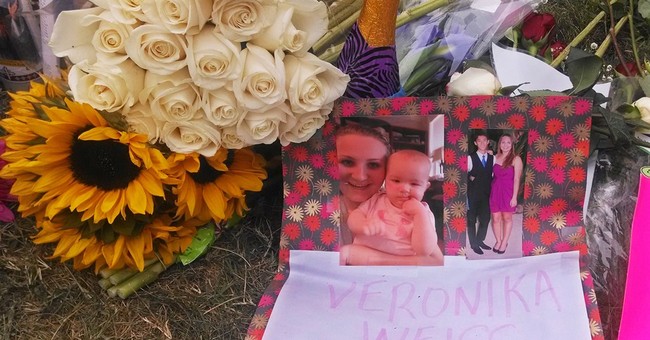 Inquiring minds want to know, and nothing frustrates the modern mind like tragedy that defies rational explanation. Nothing complicates communication like social media, with its speed and insatiable appetite for more information, and demanding it now. "Experts" with prejudice posing as insight rush to public forums with the quickness of a hummingbird's wing and offer the content of a hot-air balloon.

All he could show was the flat monotone of a pathetically creepy guy whose distorted perceptions had turned him into a cold and calculating monster. Here was a young man who had snapped, having hidden violent fantasies and urges under a mask of troubled shyness, whose determination to exact revenge on the world for every slight that fed his misfiring brain, is exposed, too late, with blood-curdling clarity. The eeriness is more disturbing by the theatrical touches -- the picturesque palm trees, the glistening lip gloss, the exquisite natural light that illuminates the dreadfully dark message.

Frustration invites feminist cliche, like critic Ann Hornaday blaming mass entertainment "controlled by white men." "How many men," she asks in The Washington Post, "raised on a steady diet of Judd Apatow comedies, in which the shluby arrested adolescent always gets the girl, find that happy endings constantly elude them and conclude, 'it's not fair'?" The short answer is plenty, and they don't become mass murderers.

Nor should young women blame a "culture of misogyny" on the campus, as many do. Men have been aggressive since Adam fled the Garden of Eden with Eve, but not many men kill women in pursuit of affection and sex. Enforcing tighter rules on drinking and riotous behavior of both men and women, encouraging both sexes to behave themselves, is a good thing to do. But turning back the clock is impossible, and no feminist remedy would have prevented massacres at Blacksburg, Newtown, Aurora and the other places whose very names are etched on the national conscience.

The young men who became mass murderers have something in common, and it's not only the ownership of guns and knives. The killers were mentally ill and, though difficult, should have been detained for observation and treatment, which would have made it harder to obtain guns (though knives would still be accessible). Unfortunately, mental illness doesn't reveal itself in an X-ray, a cough, a rash, a fever. It's insidiously subtle, with nothing to predict a deadly eruption.

We can't even be sure of its cause. Some inherit a genetic predisposition to mental illness. Others have traumatic experiences that trigger it; in still others, the brain has faulty wiring, and relating to others is difficult. Prescription drugs, together with talking and behaviorist therapies, can ameliorate some symptoms, but when patients go off their "meds," the symptoms return.

It's beyond the realm of science today to say for certain who can be helped and for how long. Elliott Rodger had been in therapy since he was a small child, though never committed involuntarily. The law makes it difficult to commit those who need observation and treatment. A judge must be convinced that a person is a danger to himself or others. That's easier to see with hindsight. Defense lawyers, judges, police and mental-health professionals should work more closely together, but not many do.

A little common sense could go a long way. Family and friends who see weird, antisocial, obsessive behavior should observe closely and notify authorities. Policemen should be trained to act with the mentally ill and learn never to be misled by "polite" or cooperative behavior. If the police who checked out Elliot Rodger had asked to see his room, and he refused, they could have obtained a search warrant, found his stash of weapons, and asked him about it.

Freedom comes quickly to young people in the modern culture. They need more protection than we give them. We often think they have more mature judgment than they actually do, and young women who blame a misogynistic culture for mass murder are both foolish and naive. The first order of the day is to find a better way to confront the potentially violent mentally ill in our midst. They're dangerous both to themselves -- and to us.