Boomers Back to the Future 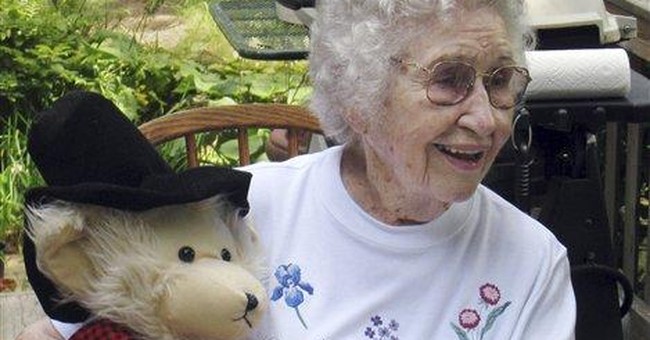 The baby boomers who wouldn't trust anyone over 30 now must rely on young clerks to get their Social Security and Medicare checks in the mail. This is the year the first of millions of boomers turn 65, and their younger brothers and sisters will follow them into the next two decades at the rate of 10,000 a day.

The boomers, like everyone before them, never believed that old age would afflict them "when they're 64," as the Beatles put it. Maybe for some of them, it hasn't. The hale and hardy claim they're "the new 50," with new knees, new hips, new ankles, new arteries and even the occasional new heart.

Jane Fonda, age 73, who got a jump on the boomers, has moved from sitting on an anti-aircraft battery in North Vietnam to sitting on stage with "Oprah," celebrating her cosmetic surgery. She says her nips and tucks were the kindest cuts of all, enabling feelings to be radiantly reflected in a smooth unlined face and taut body. She's got a new beau to prove it.

Rocky Bleier, the Pittsburgh Steelers running back who turns 65 in March, won four Super Bowl rings despite wounds he earned in Vietnam. He came home with grenade shrapnel in his leg, and tells his story in a book appropriately called "Fighting Back." For him, the Vietnam War was the touchstone for the boomers, whether they fought in it or protested against it.

This is the generation raised on Dr. Spock, a war protester, who published "The Common Sense Book of Baby and Child Care" in 1945, just as the first of the boomers was more than a gleam in his father's eye. The '60s, the decade bulging with adolescent boomers who demanded their way in everything from pot to peace, was noted for its paradoxes. Historian Todd Gitlin describes them as "years of hope, days of rage." Allen Ginsberg howled that the Beats, who preceded the boomers, watched the best minds of their generation "destroyed by madness," but the boomers by contrast rocked with the Rolling Stones and gathered no moss.

No generation can foresee its future (though they all try), and the boomers inherited the hopes of fathers who bought with great sacrifice a hard-earned peace with pride.

Daddies who had seen war up close on the beaches of Normandy, Guadalcanal and Okinawa sired ungrateful grown-up children who mocked Daddy's yearning for the conventional middle-class life in a detached house in the suburbs with a lawn to mow, a grill for barbecue and a good public school for their kids. Moms who were there to take them to music lessons, basketball practice and after-school play rehearsals were accused of living in a "comfortable concentration camp."

But a boomer can no longer filter the memory of his youth, no matter how hip he thinks he was, through rose-colored glasses. Life invariably gets in the way. The revolution that seniors spawned in personal lives of yesteryear is made more comfortable today with deficit spending and a country carrying trillions of debt.

Boomers share responsibility for mortgaging the future of their grandchildren. In looking back, they can see how the complexities that they tried to fit in a Procrustian bed of chaos and cliches demanding unlimited "sex, drugs, rock and roll" mock their approaching "golden years." Fortunately the idea of "better living through chemistry" comes with a double meaning, referring to creative inventions and discoveries from miracle drugs to microwave ovens.

Hillary and Bill Clinton are icons of the successful political boomers. Hillary Rodham, the Wellesley valedictorian, prescribed something as ambiguous as "human liberation," but when she grew up to be a secretary of state she learned that pragmatism wasn't as awful as she once thought. Bill learned the art of compromise, too, signing welfare legislation that included the tough work incentives he had once derided.

Every generation lives to see many of its cultural attitudes crumble. Contradictory impulses always hide behind the labels. So it is with the boomers, including both the left-wing activists who once basked in destructive sensation and the right-wing traditional-values folk who held on until they could elect Ronald Reagan.

The moral idealism of the boomers bequeathed lots of economic problems. They've still got time, even at 64 and beyond, to earn the trust of their grandchildren, but that will require unaccustomed sacrifice, such as raising the age for retirement and Social Security. Are they willing to make such sacrifices? They may still need a weatherman to tell them which way the wind blows.