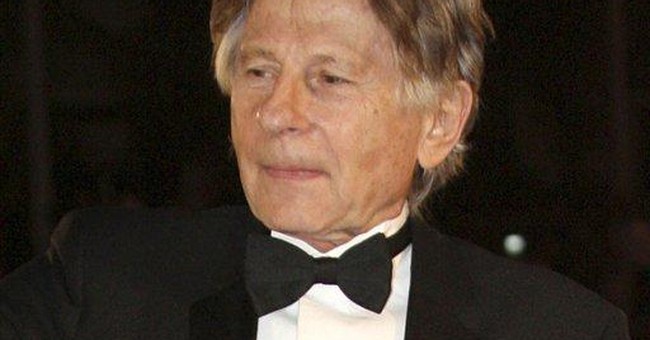 Not so long ago, rape was a capital offense, right up there with murder. When death was not decreed, convicted rapists could count on a long prison sentence. No one took rape lightly. The crime was an absolute evil, the moral equivalent of neither shoplifting nor stealing a kiss.

Our sex-saturated society -- where children are exposed to titillation they cannot fully understand and often are regarded as more knowledgeable than they really are -- has changed all that. Children are pressured to affect an air of sexual sophistication, leading to a young adult attitude of devil-may-care hedonism.

Public and personal attitudes and moral distinctions have become blurred. On the positive side, a woman is less likely to cry rape when it isn't true. The law recognizes shades of gray between the stark black and white of "yes" and "no" -- even "maybe" and "perhaps." But when the law was loosened, cultural ambiguity came into play.

Men could create sympathy for themselves, as Roman Polanski has done. The forced sex act to which he pleaded guilty was never perceived in the culture of his peers as all that serious. He expected to get a light sentence, counting the 42 days he spent in psychiatric observation.

Age, at least in Hollywood, no longer mattered so much -- 13 was the new 18. You could hear the oh-so-sophisticated defenders of the distinguished director asking, "What did the aspiring pubescent model expect when she went with him to Jack Nicholson's house for a topless photo shoot?" (Jack Nicholson, for the record, was not at home; Polanski borrowed his house.) Besides, the 13-year-old girl had already done "it" twice. Polanski was only 43; how could he have known 43-year-old men don't fool with 13-year-old girls? Besides, it wasn't really "rape-rape," as the distinguished legal scholar Whoopie Goldberg famously decreed.

The continuing controversy over whether Polanski should be returned to America to be sentenced is decidedly mixed. The more they think about it, the less America shares Hollywood's view. Beyond the Hollywood city limits, a famous director, Oscar winner or not, is entitled to the same consideration as a plumber in Peoria or truck driver in Topeka.

The victim as an adult suggests that after 37 years she has recovered from the trauma and doesn't want to see Polanski punished. She shows generosity impossible to imagine in a victim in a Victorian novel. Her description of the rape, as told to the Los Angles grand jury three decades earlier, lacks the sentimentality you could find in a Thomas Hardy novel. Her plea for him to stop and take her home was not the plea of a knowing Lolita, but the plaint of a pathetic, frightened child.

Hollywood's attitude can make life hard for young women. A study at Princeton University finds that young women, in twice the number of young men, nurture hopes that what once was called "a one-night stand" can become "a relationship." Far more often than men, women regret that a "hook-up" even happened. The signs of depression grow with the number of her casual sexual partners -- almost half the couples "hooking up" never see each other again.

The Clare Boothe Luce Institute offers emotional support for young women who need help countering pressure from friends who encourage them to enjoy "hookups." The institute's Website, senseandsexuality.com, draws its name from the Jane Austen novel that dramatizes the conflict of reason and feeling in male-female relationships.

Austen never wrote a sexually explicit scene, but her insights into the moral shadings of behavior between a man and a woman give her books their remarkable staying power.

One of Polanski's Hollywood friends expressed sympathy for him but wouldn't sign the petition in support because, he said, he has a daughter of his own. Most of our daughters are never at the mercy, or lack of it, from the likes of Roman Polanski, but they're nevertheless growing up in a world where sense is often missing in their sexuality.