What Do Women Want Now? 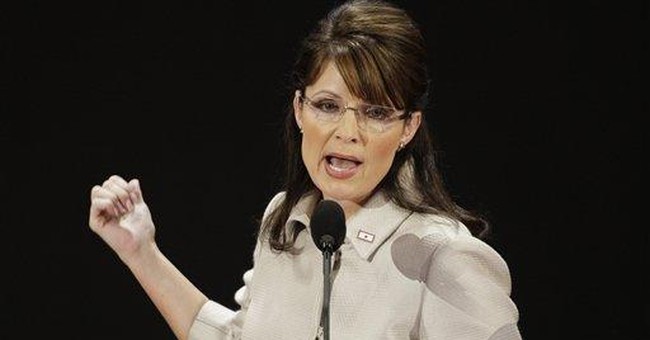 Like none before it, this presidential campaign is redefining what it can mean to be a woman. That wizened Austrian doctor who famously asked, "What do women want?" finally concluded that he didn't have a clue. Freud understood, like men before and after him, that women were a mysterious mixture of the good, the bad and the beautiful.

A women was not so long ago measured in categories, determined more by the loves and fears of men than by her own choices. She rarely had a room of her own to probe and measure the nature of her identity. She was more likely to be the model for the male artist than a model she created for herself.

Women in art and politics reflected the longings and definitions of men. A woman was meant to be a nurturer and healer who softened the harshness of the lives of her family. She was a temptress and seducer who lured men away from responsibility. She had to be tamed and guarded against, and protected for the sake of men (and mankind). Above all, she was different.

Gender politics was about women defining themselves, about making choices for themselves. They could be mothers, professionals, white-, blue- or pink-collar workers, mixing and matching to suit themselves. Liberation meant sexual freedom, and for many it meant freedom to have abortions. Feminists for Life argue that it also means taking responsibility for the when and why of getting pregnant, for caring for the resulting baby or for assuming the responsibility of finding good adoption.

Contemporary feminism changed personal and public attitudes. The result was better for some women, not so good for others. No matter how things changed, however, we soon harked back to the old sexual politics of difference.

When Bill Clinton first ran for president, he boasted that voters would get Hillary, too: "Buy one, get one free." Hillary was soon "the Lady MacBeth of Little Rock," resented for her reach for unelected power, and she devised a health care plan that only her husband would support.

When he betrayed her with adultery in the Oval Office, she became the victim, and rode "wifely vulnerability" into the U.S. Senate. When she came close but fell short of the Democratic presidential nomination, feminists cried "sexism" was to blame.

But all that was then, and now John McCain has chosen as his running mate an obscure governor from the far north woods. Sarah Palin, the first woman picked for a Republican ticket, hasn't been asked about her recipes, but she joshes that she can make a mean stew of the moose she shot. She was photographed holding a big fish that for a lot of men would have been the one that got away. As a Feminist for Life, she speaks movingly of giving birth to a baby she knew was afflicted with Down syndrome.

Then, like a bolt of lightning from the Alaskan sky, we learn that Bristol, her 17-year-old daughter, is five months pregnant and intends to bring the baby to term and marry the father. Bloggers spread ugly rumors about the governor that were quelled only by the announcement of Bristol's great expectations, and Barack Obama had to remind them that he, too, was born of a teenage mother, and ugly speculation "shouldn't be part of our politics. It has no relevance to Palin's performance as a governor or potential performance as a vice president."

The Palin family has reignited the Mommy Wars, with a vengeance. Can a mother of five, about to be a grandmother of one, have it all? In the abstract, she's a feminist's dream. In the particulars where most of us live, it's harder to say. McCain doesn't think any of these particulars disqualify her. They surely wouldn't disqualify a man.

So the wheel of sexual politics turns again. Mother Nature will out, as she always will, and if biology is not destiny she sure has a lot to say about how men and women live their lives -- even candidates for president and vice president of the United States. But Sarah Palin's parents were right: This is America, and every woman can walk through every door of opportunity.