For Leftist Revolutionaries Biden is a Useful Racist

Susan Stamper Brown
|
Posted: Jul 04, 2020 12:01 AM
Share   Tweet
The opinions expressed by columnists are their own and do not necessarily represent the views of Townhall.com. 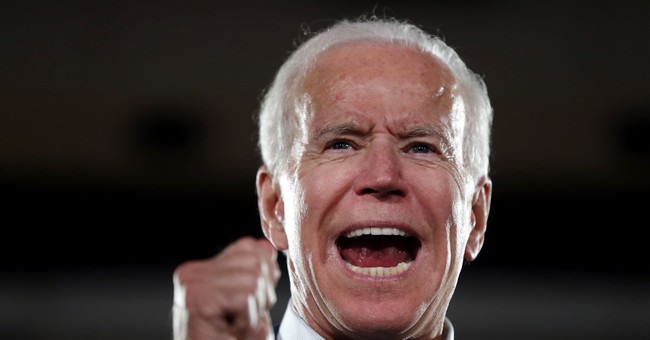 When driving through the Yukon to Alaska (something I’ve been blessed to do several times), there are many rocky roads. Experience taught me it’s better to change out worn tires instead of pushing your vehicle off a cliff. Metaphorically speaking, this is what’s at the core of the political divide in America.

On one side, you have fair-minded folks who cling to God and the U.S. Constitution, love their families, obey laws, and pay taxes. Because they are conservative, they repair what’s broken before throwing it away.

On the other side, there’s a microscopic minority with a mob mentality. They have lots of power--not because they deserve it, but rather, they weaseled themselves into places of prominence--in nearly every American institution--without revealing their real ideology. Tearing down statues is just a more visual example of what they’ve been up to for decades.

They want a new vehicle. And they are using their supposed newfound, come-to-Jesus-moment wokeness as a trojan horse to usher in a Nicolas Maduro-style, plow-over-dissenters-with-tanks cultural revolution.

That’s why they are okay with having an empty-headed has-been racist as commander in chief. Biden would be a figurehead.

Democrats and their lying, cheating fake news sidekicks pretzel-twist reality to canonize their presumptive presidential nominee Joe Biden—who found it politically expedient to spend most of his career yucking it up in the fellowship of known racists.

Leftists literally make up stuff to back their unsubstantiated claims that Trump is a racist. No inventing is necessary for Biden. All you need to do is quote him, something the fake news crowd won’t do, so I’ll help them.

Throughout his long run in American politics, Biden has befriended segregationists such as former South Carolina Sen. Strom Thurmond and former Sens. Jesse Helms, James O. Eastland, and Herman Talmadge. Last June, NBC News reported Biden “did not simply compromise with segregationists, he also led the charge on an issue that kept black students away from the classrooms of white students.”

Most media reports are not that honest. The media blow off Biden’s unsavory associations to racists, as if what he did back then was acceptable behavior which everyone should overlook.

What’s their excuse for Biden’s recent comments: “I tell you if you have a problem figuring out whether you’re for me or Trump, then you ain’t black,” and “Poor kids are just as bright and just as talented as white kids.”

Early in his career, Biden praised George Wallace, the Democratic politician Martin Luther King Jr., once described as “perhaps the most dangerous racist in America today.”

At a birthday celebration in 1985, Biden lavished praise on the late Sen. John C. Stennis (D-MS), comparing him to Stonewall Jackson. Stennis was a racist, vehemently opposing civil rights legislation. He was also an outspoken segregationist who stood against Martin Luther King Jr. Day as a national holiday. Furthermore, Stennis was a key supporter of The Southern Manifesto, a document created in direct opposition to the Supreme Court’s Brown v. Board of Education decision.

Biden again praised his friend in 1988: “To think that I would be one day on the floor of the United States Senate being paid such accolades by such a man of character and courage as John Stennis is beyond my wildest dreams, and I mean that sincerely.”

If Democrats thought black lives matter, they’d be less obsessed about statues and more interested in the content of Joe Biden’s character. This is about revolution, the Barack Obama fundamental transformation kind of revolution. Barack Obama drove America to the edge of a cliff, and if Joe Biden wins, Biden will be the useful idiot leftists use to push us off.

©2020 Susan Stamper Brown. Susan lives in Alaska and feels safer around the grizzlies that roam her property than the leftists that roam worldwide. She has written for scores of newspapers and media publications across the U.S., including USA Today, Townhall, The Christian Post, GOPUSA, BizPac Review, and Jewish World Review. Susan is listed as America's 50 Best conservative columnists for 2015 and 2016, and America's 40 Best Conservative columnists for 2017. Contact Susan at writestamper@protonmail.com