Whatever Happened to Common Sense Regarding Climate Change? 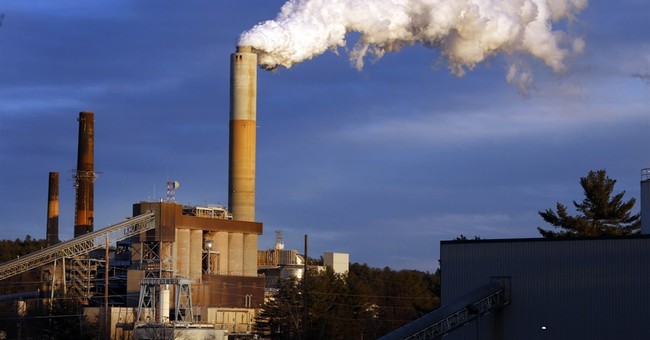 Fear mongering is quite lucrative in what seems to be a burgeoning "climate change industrial complex," where certain people benefit monetarily or politically in their promotion of global catastrophic risk due to catastrophic global warming.

Al Gore got filthy rich railing over imminent destruction due to rising sea levels, then purchased multiple beachfront properties, despite the "danger." Now Pope Francis seems to think marketing it as a moral issue may be a handy tool to transfer wealth along with the Obama administration, which just released an EPA report suggesting that climate change may kill 57,000 people by year 2100. France's environmental minister says the edible spread, Nutella, is damaging the environment.

Alarmists watch a glacier calve into the sea in Greenland, and have a meltdown over a meltdown that has happened before and will most likely happen again. Were they not so overcome by the desire for wanton gain and/or ridiculously debilitating fear, they might actually savor the moment to witness the rugged, unmatched majesty of God's creation. And maybe realize the One which created it is powerful enough to maintain it, despite bovine flatulation, vehicle exhaust or edible spreads.

Whatever happened to common sense?

Consider Greenland. Historical knowledge would help us understand that the ice field known as Greenland was once warmer than it is today. So warm in fact, back in AD 1000, it is said the Vikings took advantage of ice-free waters during the Medieval Warm Period to settle and farm there. A few years back, archaeologists uncovered rubble to find the Vikings even grew barley and corn. During that same warm period, it is well documented that Europeans did not drown from sea rise, but instead enjoyed long, hot summers, thanks to that scary greenhouse gas plants love, resulting in sumptuous crops and overwhelmingly abundant harvests. Oh, the horror!

And then the earth cooled, but the world did not end.

During the Little Ice Age that followed, from AD 1300 to AD 1850, mountain glaciers expanded and temperatures across the Northern Hemisphere dropped by 1.1 degrees. The deep cold triggered extreme weather elsewhere on the planet (cause and effect), prompting crop failure, widespread famine and death. And alarmists are worried about warming? If I didn't know better, I'd think some are not looking out for our best interest. Earth scientists say the Little Ice Age was caused by volcanic eruptions, increased El Nino episodes and the reduction of solar sunspots. The New York Times accidentally stumbled on the truth in a March 22, 2014 op-ed, "Lessons from the Little Ice Age," acknowledging, "No human intervention can avert volcanic eruptions, halt an El Nino episode or delay the onset of drought."

God's nature also seems to be the culprit in Greenland, according to new research indicating that melting of selective Greenland Glaciers is related to geologically-induced heat flow, and not manmade atmospheric global warming." A December 29, 2014 Climate Change Dispatch article, Greenland Ice Melt Geothermal, Not Manmade, advocates the melting is geothermal, not my V-8 engine (whew!), blaming a "faulted linear valley" for increased heat flow and other natural events they claim "would not occur with atmospheric global warming."

Sometimes, it just boils down to common sense -- when you consider that an iceberg melts in one part of Greenland while residents in its capital city, Nuuk, feel as if they were entering another Little Ice Age due to a record-cold June. Or, the shipload of climate change scientists which set sail on a "we told you so" mission only to get stuck in the ice in Antarctica during the Southern Hemisphere's summer last year, surrounded by so much ice, two icebreaker rescue vessels couldn't cut through to their aid.

Quite obviously, someone's in control, but it's not us.