Susan Gingrich
|
Posted: Feb 15, 2016 12:01 AM
Share   Tweet
The opinions expressed by columnists are their own and do not necessarily represent the views of Townhall.com. 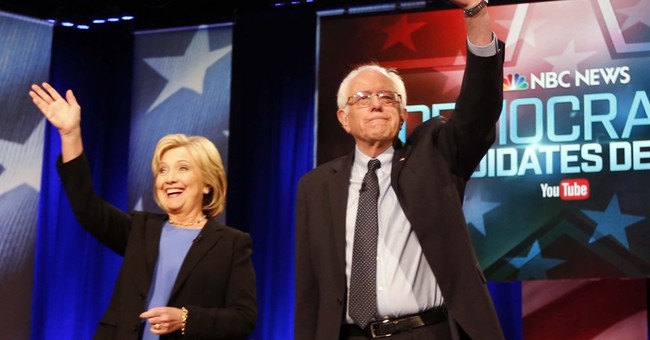 Donald Trump says he is a Presbyterian who attends church. Recently, he started carrying his mother’s Bible too. Most likely, he was baptized as an infant. To court your vote, I’m really surprised he hasn’t relayed the wondrous details of his amazing baptism, only equaled by that of our Savior. He lost the opportunity to share it before the Iowa Caucuses, but there is still time to add this recollection to his campaign.  Like Trump’s Presbyterian allegiance, I too was once a Presbyterian. Jim and I were married in a Presbyterian church, despite his being a Moravian.

I left the Presbyterian church, because I found it too ritualistic and too liberal for my beliefs.  I searched for a church where I truly felt I belonged.  Not knowing much about it, I visited a Unitarian church. The minister endorsed a democrat presidential primary candidate during her sermon. Afterwards at the coffee,  the only republican I met was a quite liberal one. I left thinking that watching This Week with David Brinkley was probably a better choice.

One Sunday, I visited an evangelical church and knew I was finally home. Months later, I was baptized and truly born again! My life was positively changed forever. It made my life so much easier and better. Gone were my worries about life, public speaking, health, people, and every other thing. I gave them all to someone willing to take them and look out for me always. It has worked amazingly well, except I am a little bit worried about the election and future of our country.

Brothers and sisters, I cannot understand why some of you are supporting the republican presidential candidate most unlike an evangelical. I hear some of you support him because you think he can win, and righteous candidates like Cruz can’t. Are you discounting his high negatives which exceed the other candidates? You are willing to disregard all Trump says and does? His greed, empty promises, boasting, convenient changing of his positions to gain favor and votes are ok with you? His past personal and financial support for issues and people we have never and will never support.  How does this square with Christian, and especially evangelical values?

There are other candidates with heartfelt Christian values.  I think I have a pretty good idea of the content of their hearts. I don’t even attempt to understand or judge the content of Mr. Trump’s heart. Maybe just too many layers of something else for me to get to it.  Seems to me that Trump has hijacked other candidates’ ideas and their Christian values. He is just louder at expressing many of their ideas. So, Trump says what is on his mind, so do the other candidates in a more civilized and considerate manner. Please take a little time off the Trump bandwagon to learn more about the other good men and women running to save our country. Personally, I prefer a knowledgeable, intelligent, gentlemanly or ladylike Believer as my President.

I started praying much more with the election of the current occupant of the Oval Office. Now that he is leaving, I am still praying hard for our country’s future. I also pray that Christians will be more vocal and active in electing a Godly person as our next president and in standing up for our beliefs. Please, please pray, and think before you vote. My former Baptist minister said something to me that I’ve never forgotten. It was after President Obama was reelected, and I was so disappointed in voters, especially republicans who didn’t vote. Pastor Brian said, “ God gives us the President we deserve”.  Lord, haven’t we been punished enough, but perhaps not. Our God deserves so much more from us. He expects us to support a person who loves Jesus as much as we do. I’m giving up my election worries to him. It will give me more time for praying, thinking, and writing.  And yes Mr. Trump, go ahead and say that I am a judgmental, mean, stubborn, stupid evangelical, if it strokes your ego!
McAuliffe Shuts Down Interview with Local Reporter: 'You Should've Asked Better Questions'
Landon Mion
Youngkin Campaign Responds After Being Accused of Taking McAuliffe's Words 'Out of Context'
Landon Mion
'Squad' Members Who Advocated for Defunding Police Spent $100K on Private Security
Landon Mion
Chicago Alderman: We Can't Afford to Lose Anymore Police Officers Over Vaccine Mandate
Julio Rosas
FDA May Allow ‘Mix And Match’ COVID-19 Booster Shots
Madeline Leesman
GOP Reps Introduce Bill Requiring Federal Agencies to Recognize Natural Immunity Against COVID-19
Madeline Leesman