The First U.S. Casualty of a Trade War with China

Steve Sherman
|
Posted: May 02, 2018 12:01 AM
Share   Tweet
The opinions expressed by columnists are their own and do not necessarily represent the views of Townhall.com. 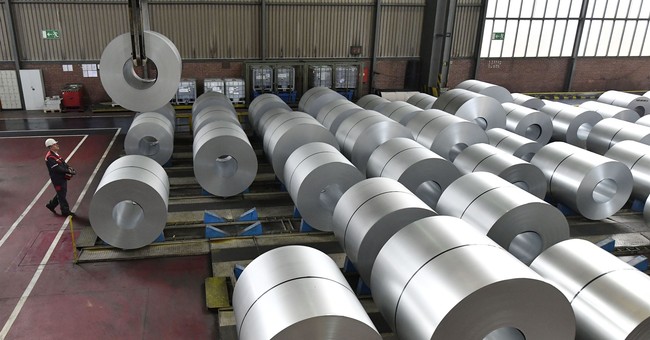 The trade wars with China, South Korea and the European Union have been the subject of intense debate and is just heating up. As an Iowa resident, we hear a lot of talk about the trade war in relation to agriculture and our former Governor, Terry Branstad, is the Ambassador to China. Well beyond Iowa’s farmers, this trade war has far ranging ramifications to American tech providing companies.

In early March, President Trump announced across the board tariffs on the import of Aluminum and Steel.  After a few weeks, President Trump limited the scope of the tariff announcement and, as reported by CNBC, “at the very last minute EU steel exports were exempt, alongside those from Argentina, Australia, Brazil, Canada, Mexico and South Korea.” As these trade wars rage on, the war has claimed the first casualty – a Chinese telecommunications company with strong ties to large U.S. suppliers.

According to a CNN report from April 20, 2018, the U.S. Department of Commerce imposed a denial order of export privileges to the Chinese telecommunications company ZTE because the company “had lied to U.S. officials about steps it had taken to punish employees who violated US sanctions against North Korea and Iran.”  Last year the company was hit with a $1.2 billion fine and they were accused of paying bonuses to employees who had been involved in violating the selling of equipment to blacklisted nations.

The company accused Commerce of ignoring some relevant facts. According to the CNN report, “ZTE said Friday that the Commerce Department was ignoring the ‘arduous efforts’ it has made to follow export rules, the steps it has taken to deal with people ‘who neglected their duty,’ and its hiring of an American law firm to carry out an independent investigation.” The company had reported themselves to the Department of Commerce and were rewarded with a denial order of export for the next seven years.

A worry is that this order is part of the Trump Administrations tough talk on trade with Chinese companies. The sanctions as structured hurt all the American companies that provide products to ZTE for phones and other telecommunications equipment.  It also hits a significant share of the U.S. population that have ZTE made smartphones.  The remedy makes no economic sense, but may have been crafted to send a message to the Chinese government in the larger trade war between the two economic superpowers.

James Andrew Lewis, Sr. Vice President at the Center for Strategic and International Studies (CSIS) called the sanctions “draconian” and made the case that although the company may have deserved some type of punishment, this denial of export privileges for seven years that will ban U.S components “will only encourage foreign suppliers to rush into the space vacated by U.S. companies. It will reinforce the Chinese government’s desire to replace U.S. suppliers with Chinese companies.” Lewis makes the case that this will cause “permanent harm to the market share of U.S. companies” as other nations become the primary suppliers for this Chinese company.

This remedy punishes U.S. companies and consumers more so than the Chinese company.  Lewis argues that “a more strategic course might have been to impose large, additional fines on ZTE without cutting off U.S. suppliers. Fines would punish ZTE and avoid the market distorting risks.” In other words, the punishment chosen by Commerce will help the competitors to U.S suppliers and will hurt American competitiveness.

This order hits some big companies and a large number of consumers. The U.S. companies who provide parts to ZTE’s smartphones include Qualcomm’s microchips and Corning’s glass. According to Reuters, U.S. companies are estimated to provide between 25% and 30% of the components used in ZTE’s equipment including smartphones and telecommunications network gear. The company is the 4th largest supplier of smartphones in the U.S. accounting for approximately 10% of the market. This order is going to have a measurable impact on the American economy and seems to go against the idea of an America first economic policy.

It seems like ZTE is caught up in a political dispute with the Trump Administration’s larger trade war with China.  A smart policy would be to reassess this Commerce action and dial it back in a way that does not end up hurting American business and consumers.  It makes sense to keep focused on the real issues facing a fair-trade policy towards China and to not let this dispute to get conflated with the big issues obstructing a healthy trade relationship between the two economic superpowers.