Big Left Does the Bidding of Big Business

Steve Sherman
|
Posted: Jul 12, 2017 12:01 AM
Share   Tweet
The opinions expressed by columnists are their own and do not necessarily represent the views of Townhall.com. 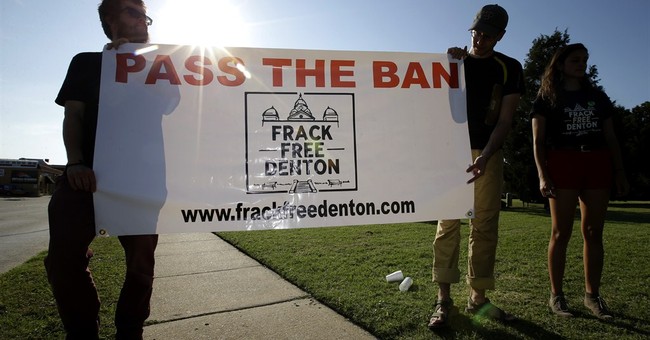 Liberal politicians love to claim they are fighting for the little guy. It’s hardly ever true.

Left-wing firebrand Senator Elizabeth “Fauxcahontas” Warren and seven of her liberal colleagues recently penned a letter to the Environmental Protection Agency requesting an “investigation” of Wall Street mogul Carl Icahn. They claim his very public calls to change the federal biofuel mandate, known as the Renewable Fuel Standard (RFS), allowed him to make lucrative bets on biofuel credits his oil refining company needed to buy because the market believed his good friend President Trump would do his bidding.

On its face, the letter masquerades as a crusade against alleged cronyism. Its true intent is more sinister. The letter is another attempt by Big Oil and big gas-station chains – BP, Shell and 7-Eleven, for example – to cover up an unraveling Big Government scheme that threatens competition and consumer choice in these senators’ own backyards.

At issue is the so-called RFS point-of-obligation that requires all oil refiners to shoulder the burden for mixing ethanol into gasoline, even if these refiners lack the necessary infrastructure. This system results in a big giveaway to large integrated oil companies that possess the fuel terminal, distribution and retail infrastructures that allow them to collect more credits, known as Renewable Identification Numbers, or RINs, than they need by blending ethanol.

These conglomerates then turn around and sell their excess credits to independent (also called “merchant”) and smaller refiners that only manufacture gasoline and lack the previously mentioned blending and distribution infrastructure, but  are still required to buy RINs just to stay in business. As one can imagine, Big Oil doesn’t make it cheap. In fact, RIN prices nearly topped a dollar-a-gallon last year – up from just three cents in 2013.

The Trump Administration can fix the current system by making sure companies are only expected to turn in as many RINs as they can reasonably collect given their ethanol blending capabilities. This is called “moving the point of obligation,” and it would basically ensure that the companies with the most capacity to mix ethanol with gasoline are also required to generate the most RINs.

Guess who is standing in the way of this common-sense approach? You guessed it…Big Oil.

The American Petroleum Institute, Big Oil’s main trade group in Washington, is leading the charge to uphold the status quo, pushing false information to protect their precious RIN profits and crush their small and “merchant” refiner competitors. If they win, these smaller refiners will go out of business, reducing competition, putting people out of work and driving gas prices higher.

Skyrocketing RIN costs already threatened the largest refinery on the East Coast, run by Philadelphia Energy Solutions. The company spent an astonishing $250 million on RINs last year, which it cites for its decision to lay off 100 workers and slash benefits last year. The Carlyle Group saved the refinery from closing in 2013 when 30,000 jobs were threatened in Pennsylvania. Delta Airlines, operating under the name Monroe Energy, swooped in to save another Pennsylvania refinery in Trainer.  Monroe told EPA the existing RFS “is imposing enormous regulatory costs on small and midsize refiners, particularly in the Northeast, that threaten refineries’ viability and the jobs that rely on those refineries.”

Sen. Warren’s Massachusetts colleague, Sen. Ed Markey, made a big show of his work to help save that Trainer refinery. Why, then, are the two Massachusetts senators doing Big Oil’s bidding now that these facilities are once again at risk?

Why are these liberal senators opposing change?  Integrated refiner Marathon Petroleum, which generates excess RINs through its large retail distribution network, is headquartered in Ohio and has a large refinery in Michigan.  In going after Icahn, Sen. Brown and Michigan Sen. Debbie Stabenow are undercutting a source of jobs in their states.

Chemical giant DuPont is headquartered in Sen. Carper’s state and has made risky investments in an Iowa cellulosic ethanol plant. They are members of the ethanol lobby group Fuels America, which vigorously opposes ANY modification to the flawed ethanol mandate for fear that one crack in the dam threatens the entire program. Speculative future jobs in Iowa seem more important to Sen. Carper than union jobs in his own state.

The United Steelworkers, whose members could also take a hit if the system isn’t fixed, recently urged the EPA to “set the point of obligation at the point of blending,” arguing the change “will create a level playing field and allow America’s smaller refiners – and the tens of thousands of workers at these sites – to remain competitive.”

While Carl Icahn’s CVR Energy is a one of the merchant refiners supporting this change, and he has been very outspoken on this topic, his company is a small player in the debate. Sen. Warren and her cohorts are just trying to capitalize on his stature to lob cronyism charges at the president – and, in the process, protect some of the biggest cronies in American business.