Steve Sherman
|
Posted: Apr 21, 2017 11:42 AM
Share   Tweet
The opinions expressed by columnists are their own and do not necessarily represent the views of Townhall.com. 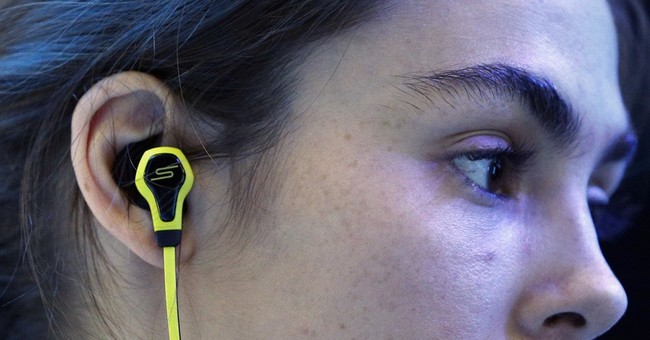 When an industry colludes with politicians to increase profits, it’s ugly. Images of fat-cat lobbyists and slimy politicians sitting in a smoky back room come to mind. Of course, that is a stereotype -- a caricature of the truth. Most of the greedy, soul crushing deals are made right out in the open. Oil and pharmaceutical companies are easily demonized. Big Pharma is supposedly out to kill us all, while Big Oil wants to profit from destroying the planet! Both liberals and conservatives buy into it.

So, when you hear something like “Big Music,” it doesn’t have such a nefarious feel to it. Everyone loves music -- the world is full of it.  All kinds of amazing sounds emanating from wireless devices in crystal clear resonance. What could possibly be evil about music?

Well, it’s not the music’s fault. It’s our love of music that draws the corruption and greed from those who see nothing but dollar signs in a top ten hit. Every car has the driver’s favorite radio stations programmed in. With the press of a button, your favorite tunes are filling your car with melodic rhythm. Have you ever wondered how a song makes it onto the radio?

Of course, songs from superstars always get played over and over again, but how does a new musician ever get on the radio? It’s tough, but that’s okay. New people have to struggle. They have to create something awesome to earn their way onto the airwaves. A new sound, a perfect song that sticks in your head, all driven by the desire to create. It’s the American way. Anybody with talent and drive has a chance to make it in music.

Enter Big Music. Big Music really has a name now -- it’s called the MusicFirst Coalition, a front group for the three major record labels who control about 80% of all the music. They don’t like the pure and honest way musicians earn their way onto the radio. They are back in DC; this time lobbying Congress to force local radio stations to pay royalty fees to play a song on the radio. In January, they sent an open letter to Congress asking for a new fee to be imposed on radio stations…literally pay-to-play!

Bye, bye, Miss American Pie is right. If radio stations have to pay for each song they play, a whole lot less music will be played. New artists will have little chance to crack into the business based on their awesome new sound. New songs will be played from established artists, but only because they were paid for. Basically, Big Music can decide what songs will be hits and which ones won’t make it.

Radio airplay is the determining factor in the success or failure of a song. If you can get on the radio, you have a shot. If the people out there can just hear that new song, it could skyrocket. Don’t get on the radio and there isn’t much chance of making it. The promotional value of radio airplay is priceless. In a true free market, Big Music would have to pay for this promotional value, but there are federal laws on the books that prevent this. That’s why over a century ago, this free airplay in exchange for free promotional advertising set-up was created under a mutual understanding.

Big Music wants to change all that.

In the past, Congress has ignored this overreach, but MusicFirst is a powerful lobbying group and they are not giving up. Earlier, this month, they had approximately 100 music stars take the halls of Congress to lobby on their behalf.

There are billions of dollars at stake. MusicFirst would love to control music from start to finish, creating a seamless revenue stream. Music at its core is a love affair between sound and emotion. It lifts the spirit and soothes the soul. It can trigger memory and create lasting bonds between family and friends. It’s so much more than a revenue stream.

Big Music is out to crush the creativity that makes music wonderful and turn it into a nice, controllable product to be fed to the masses so they can increase their bottom line. Hopefully, Congress will stand strong in the face of the lobbying efforts of MusicFirst and say no to charging stations to play the music we all love.

The true freedom of expression that is music can’t be contained by greed.