Steve Sherman
|
Posted: Aug 16, 2016 12:01 AM
Share   Tweet
The opinions expressed by columnists are their own and do not necessarily represent the views of Townhall.com. 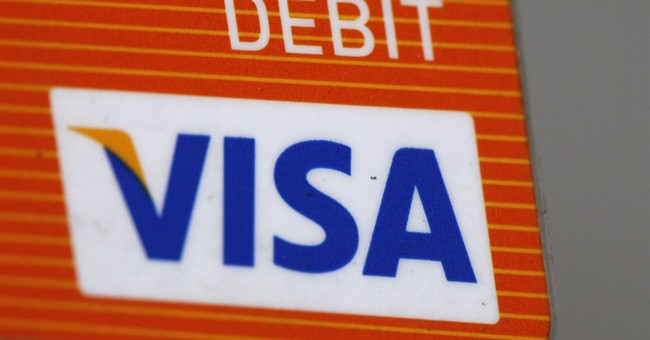 It seems to defy logic that price controls on debit card transactions with retailers were added onto legislation that was supposed to address the 2008 Wall Street meltdown. The law, Dodd-Frank, passed in 2010, was a regulatory response to housing market subprime loans and credit default swaps gone bad causing massive investor losses. That crisis had nothing to do with the 2008 market crash.

A major element of economic activity, commerce in retail stores, is now being manipulated by the federal reserve, thanks to Sen. Dick Durbin (D-IL) last minute addition to the Dodd-Frank. Debit cards use in retail stores had zero to do with the 2008 market crash, yet that did not deter Sen. Durbin from using the Dodd-Frank law to give a free ride to his crony capitalism amendment. The Durbin Amendment needs to be repealed.

The economic geniuses at work – Sens. Durbin, Chris Dodd, and Barney Frank- really botched this one. I wish Durbin-Dodd- Frank was only the name of a law firm, but it’s not. These three legislative malefactors orchestrated a hostile takeover of the financial world and called it Dodd-Frank. Then to make it even worse, Senator Dick Durbin added an amendment to it that served as a poison pill for consumers.

The Durbin Amendment was essentially a price control scheme to regulate the amount that debit card companies can charge retailers. The Federal Reserve was given control of setting these amounts. Let that sink in. The Federal Government gave the control as to what a private American company can charge for its services to the Federal Reserve. Price fixing and cronyism at its finest.

In a free market system company X might try to charge a fee for its services. If it’s competitor charges less, but provides just as good service…the competitor wins out. Of course, if company X charges more, but actually provides more, they may still enjoy market share. The point being that the person or company purchasing the service from company X gets to decide. And that decision will drive the behavior of company X and the competitor as the compete for customers creating the best deal possible for the end consumer.

Shockingly, it’s difficult for our senators and congressmen to grasp, so they make back room deals with company X to line their own campaign consultant’s pockets or run the competition out of business, none of which helps the consumer. Of course, helping the consumer is always the reason the politicians use to take away our freedoms. In this case, the Durbin Amendment took away freedom to provide the best service at the best price from the debit card companies and gave control to an easily manipulated power house that is virtually unaccountable…the Federal Reserve.

So when the opportunity comes along to undo some of this market manipulating nightmare, we should take it. House Financial Institutions Subcommittee Chairman Randy Neugebauer has introduced legislation to do just that. H.R. 5465 will return market pricing to the debit card market and reduce unnecessary regulatory burdens that are quietly crushing consumers. House Financial Services Committee Chair Jeb Hensarling is including the Neugebauer proposal in his financial reform objectives. This is the time to do this.

Some estimate that almost none of the estimated $8 billion in revenue savings from the Durbin Amendment ever made it to the consumers. However, the merchants managed to find a use for that money thanks to their friends in government. Getting rid of the Durbin amendment will free up that money to be passed down to the consumers in a variety of ways that all incentivize business activity.

The Neugebauer provision would be a victory for free market business that would be felt all across our land. It literally will give control back to the parties involved in providing the services and buying them.

How often can we see legislation passed that will actually reduce the size of government? Almost never.

With this provision we can actually watch the Federal Government grow smaller as power would return to its rightful place with the people. Members of the House need to pass Neugebauer proposal and be proud of doing the right thing for their constituents. It’s time for the Durbin Amendment to be a thing of the past.