Oops Again? A Key Server Accidentally Gets Wiped By IRS

Steve Sherman
|
Posted: Jan 27, 2016 12:01 AM
Share   Tweet
The opinions expressed by columnists are their own and do not necessarily represent the views of Townhall.com. 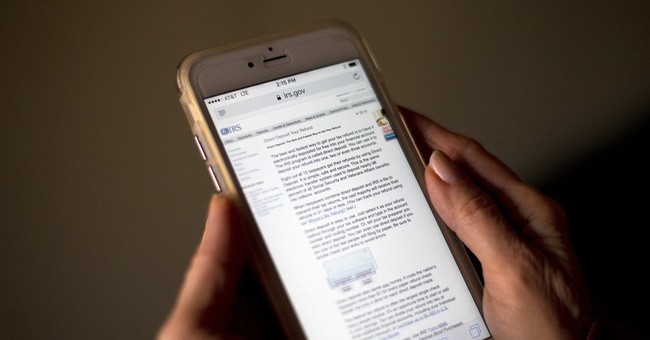 It would be comical if it was so corrupt. Another server has been “inadvertently” wiped of all of its key data at the IRS. What is it over there? Does Lois Lerner come in and give “tutorials” on server wiping?

The Internal Revenue Service (IRS) saidFriday it erased a hard drive belonging to a former agency Senior official after a litigation hold had been ordered on materials relating to a Freedom of Information Act request by Microsoft for documents on the agency's contract with Quinn Emanuel Urquhart & Sullivan LLP.

Here’s the short version. A few years ago, Microsoft discovered they’d not paid enough taxes due to some errors on their end related to overseas sales. Their accountants wanted to set things right and stay square with IRS, because some might think the IRS could be hard to work with. Microsoft asked for an increased tax bill. Crazy, I know.

Well, they didn’t get a tax bill, but instead that triggered a full audit by the IRS. That audit is now pushing through its ninth year and Microsoft is no closer to paying their tax bill. No good deed goes unpunished when the IRS is involved.

Then, strangely, the IRS hired an outside firm to conduct the audit at Microsoft. That firm is Quinn Emanuel.

There are so many things going wrong with this situation that government officials are getting involved. Senator Finance Committee Chair Orrin Hatch (R-Utah) and Ranking Member Ron Wyden (D-Oregon) are leading a bipartisan effort to get some answers about the deleted IRS hard drive, as well as, to understand the $2.2 million contract awarded to Quinn Emanuel. Outsourcing IRS work to a private Law firm such as Quinn Emanuel goes against federal law.

The government wants answers, as Quinn Emanuel also is conveniently full of lawyers who donate heavily to the Democrat machine. This simple audit smacks of cronyism and abuse of a private company.

That private company, Microsoft, definitely wants answers as well. They’ve cooperated to say the least, at great expense to themselves. Microsoft pushed back against the use of the outside hired guns at Quinn Emanuel for obvious reasons. The first being it breaks federal law. It also gives a private politically motivated firm access to their most personal data. What is there to stop Quinn Emanuel from slowing the progress of the audit if it benefitted someone politically? What is there to protect Microsoft from this private firm simply stealing or letting secrets fall into the wrong hands?

The courts might stop this breach of government into private business, right? Wrong, a US District Judge from Seattle recently ruled against Microsoft’s requests. It seems the information that might have helped Microsoft prove the misdeeds of Quin Emanuel and the IRS just happened to be on the server that was accidentally wiped. Coincidence? Of course. What else?

The IRS and the courts are setting dangerous precedent for businesses large and small. The message is loud and clear. If they can do this to Microsoft, they can do it to anyone. They are the bully on the playground and no one can stand up them.

The IRS has shown they have no regard for their abuse of power, and no problem wasting taxpayer’s money. Quinn Emanuel charges more than $1000/hour for their services while the IRS has buildings full of staff lawyers. It costs a lot to hire attack dogs to come after a proud American business. Don’t worry -- the taxpayer will cover it.

Disregard of law? No big deal that audits are legally bound to last no more than three years. The IRS does not care. Nine years later still going strong and showing no signs of stopping. This is heinous and unfair. After all this time, Microsoft simply wants a tax bill. They will gladly pay it and be rid of the IRS, but what will all the corrupt bureaucrats do then? Look for someone else to abuse to be sure.

We’ll see if Orrin Hatch or Ron Wyden of the Senate Finance Committee has the backbone to come to Microsoft’s defense. Someone has to jerk the IRS’s chain and demand them to heal. Will it be Hatch and Wyden? We’ll know who pulls their strings by their actions on this case.

So the next time you see a great company move overseas, don’t wonder why. It’s regulation like this that is killing our country and its best companies. Maybe abolishing the IRS wouldn’t be such a bad idea after all, especially if they’ve simply morphed into an attack wing of whatever political party is in power.