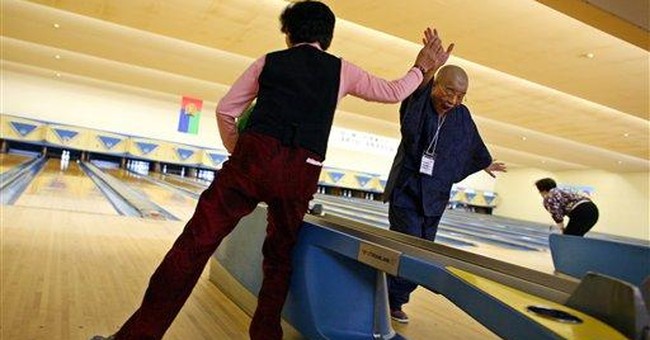 After all we’ve seen and heard regarding abortion in the 21st century—all the justifications for gender-selective abortions, for killing preborn handicapped babies, and even for having a window of time in which it’s acceptable to kill children after birth—proponents of the culture of death still surprise many people from time to time.

For example, Planned Parenthood surprised sensible, rational Americans when it recently held 40 days of prayer for abortion, abortion rights, and women that have been “punished” with an unwanted baby. And prior to that, President Barack Obama did it when he mandated that employers pay for their employees’ abortion pills and contraceptives, whether the employer wants to or not.

But off the radar of major news outlets like Fox News and CNN, or newspapers like The Los Angeles Times and The Chicago Tribune, another culture-of-death surprise has been taking place—namely, the National Abortion Access Bowl-A-Thon.

That’s right—proponents of the culture of death have spent April gathering in frivolous events held at bowling alleys around the country, where the goal is to raise money for abortion funds, which in turn disperse money to pay for the abortions of women who otherwise couldn’t afford to kill their preborn children.

The various bowling events are listed together on a schedule, so participants know which city is next on the deadly tour. And the bowling teams are encouraged to raise money by getting sponsors much in the same way money is raised at walks dedicated to curing diseases like Muscular Dystrophy or Juvenile Diabetes.

Of course, instead of curing diseases, bowl-a-thon contributors are raising money to stop a beating heart. But they’re not bothered by that. As a matter of fact, some of the teams on the bowl-a-thon site even joke about it.

As you read the pleas for donations, such as—“For every $1,000 you give, you change the lives of at least five women, and probably more. [And] a $25,000 gift would help more than 100 women”—readers should be reminded that the “change” that comes from these donations is ultimately tied to death. And that the money, though received with such high praise and gratitude, is ultimately blood money.

There’s simply something sick and beyond twisted about smiling while raising money that will knowingly be used to snuff out lives. And something even more disturbing about the fact that so many of the teams in the National Abortion Access Bowl-A-Than do so with pure glee, if not vibrato.

They are alive to celebrate death, and the irony of that fact doesn’t even phase them.