Be Careful What You Wish For Progressives 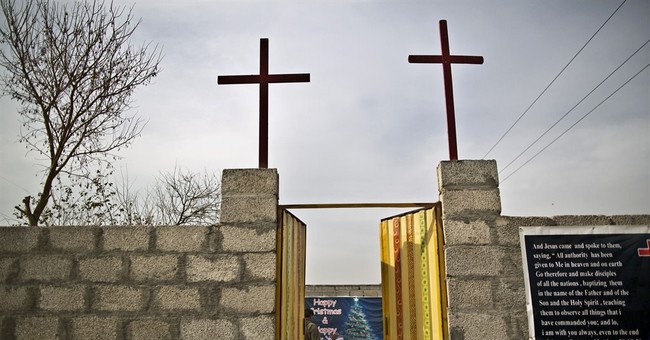 Pew Research came out with its latest seven-year study of religious trends in America. The data appears to show Christianity in decline, and given its numerous sensational headlines the liberal media couldn’t be happier with the results.

For once, this Jesus Freak actually agrees with them.

The Pew Research numbers showing Christianity in decline is good news—both for America and Christianity. Allow me to explain.

We have become so obsessed with numbers in our culture – dollars, attendance, followers, likes, polls, etc. – that we have confused audience with influence.

For example, pop stars Katy Perry and Justin Bieber currently each have millions more Twitter followers than President Obama. But while they may have a bigger audience than he does, no one would argue they have more influence.

Another example: The homosexual movement lost 32 consecutive elections on the issue of marriage and was even routed in most of them. Weighing in at a whopping two percent of the population at best, they never had the audience but were quickly gaining influence by convincing media, pop culture, and academia to peddle their propaganda. Now hardly anyone remembers that as recently as 2012 they were getting destroyed at the polls in a swing state like North Carolina.

Closer to home, I was No. 63 on the Talkers Magazine list of the top 100 talk show hosts in the country. That’s pretty good, considering I wasn’t even on the list two years ago. And while the men and women on the top 10 of that list have far more audience than I do, when it comes to presidential politics they don’t have more influence. I live in Iowa, where the presidential primary process begins. This gives me the opportunity to personally know many of the key movers and shakers, as well as the candidates and their staffs on a first-name basis.

History also shows audience is not the same as influence. Jesus had just 12 apostles to go up against the mighty Roman Empire and the entire religious infrastructure of its day. But those 12 ordinary men changed the world. Meanwhile, their skeptics, scoffers, and persecutors lay withering in the dustbin of history.

And it only took 56 men to sign the Declaration of Independence that changed the course of human events. Though they were up against an enemy with far more audience – the British Armada – these men had influence with the aid of providence. One of the Declaration's signers, Samuel Adams, once made this famous observation: “It does not take a majority to prevail, but rather an irate, tireless minority keen on setting brushfires of freedom in the minds of men.”

We’ve been going through the motions for decades now, to the point people now think they’re Christians if they voted for Reagan at least once and know the words to the first verse of the National Anthem. Oh, and Hell is just for Osama bin Laden, Adolf Hitler, and child molesters.

It is with that in mind the Pew findings are cause for celebration. Put simply, the heretics and the half-hearted are on the run but the faithful are holding steady.

How many of us have tired of so-called “Cafeteria Catholics” who believe they can pick and choose which of the church’s millennia(s)-old teachings to obey? So when I see Pew note that Catholicism is losing six people for every new convert, I consider it culling the herd. If people don’t want to follow the church, then don’t belong to it. People turned their backs on Christ, too, and when they did he didn't try to barricade the door to stop them from leaving.

Furthermore, I don’t lament the ongoing decline in mainline Protestantism in the Pew study at all but am actually comforted by it. Almost every mainline denomination nowadays is apostate or about to be. This is Jesus keeping his word in Revelation 2. He promises he will “come and take away the lampstand” of apostate churches because of “how far they have fallen” away from the truth. Instead of wringing our hands, we should rejoice we are literally seeing Scripture being fulfilled right before our very eyes. I’m only disappointed the decline isn’t steeper and quicker.

By the way, the liberal media is largely leaving out the most interesting part of the survey. America’s evangelical population has largely remained intact, and represents the largest religious group in the country with one out of every four citizens. That’s noteworthy, because one of the reasons evangelicalism emerged as a force in the first place was in response to the apostasy that swept mainline Protestantism. And it’s still where the most conservative church-goers are found as a bloc.

The conclusion we can draw from the Pew Study is God is at work in America. He is pruning his garden. He is making it plain which side everyone is on so the lines may be clearly drawn for all to see. Historically, it is at times of stark light and dark such as these – when shades of gray and cultural conformity are no longer clouding things – that the Gospel does its best work.