Obama, Kanye, and the Media: Portraits of Cultural Marxists 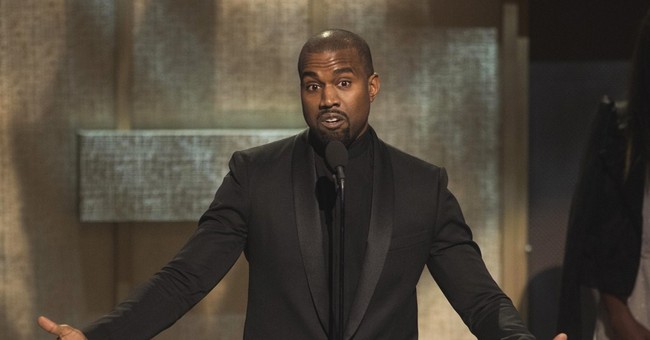 A wise man once said something about knowing a tree by its fruit, and there are three bitter fruits always harvested by a culture that has allowed Marxism to take root:

In total, this is known as the “thugocracy,” which is always what Marxism becomes. Here are three recent examples, both blatant and subtle, that indicate ours is a culture that doesn’t have a long shelf life unless we return to our Western ideals.

The entire Obama Regime is built on a throne of lies. We know that now. For it was Obama’s lying – about hope and change, about keeping your doctor, about marriage being between a man and a woman – that kept people humping his leg for far too long. We simply got out of the way as he ransacked our house Bill Ayers-style. Don’t mind the mess. That’s just your past, present and future being incinerated.

So now we’re living in a double-wide with a burned-out car up on blocks in the front yard instead of a cozy-raised ranch with a flag flying on the front porch. The amount of sacred turf that has been sacrificed at the hands of methods and arguments with holes big enough for Kanye West’s ego to fit through is staggering and sad. Speaking of West…

West may end up being a fitting substitute for Uncle Sam when we finally turn out the lights on America and rebrand as the United States of My Inner Child.

When his preposterous combination of arrogance and ignorance stormed the stage at the Grammys for the second time, West unwittingly showed you the id-inspired playbook of the Marxists hijacking our culture.

The motto: Just jump in whenever and wherever you want and start breaking things. It’s the new iconoclasm, where an entire civilizing ethos and heroic heritage is being crumpled up and cast aside, and Beck and Taylor Swift are simply collateral damage in this juvenile will to power.

Kanye owes you nothing. Not respect. Not decency. Not tolerance. Not diversity. Either you give, or he’s gonna take.

Take the full-Kanye that just happened to Wisconsin Governor Scott Walker in England. Despite the fact he was there to discuss foreign policy, a member of the press burst uninvited onto that figurative stage and asked the Wisconsin governor and presidential candidate where he stood on evolution.

Obviously there are few more existential issues than where do we come from and why are we here, but this wasn’t the occasion for it. I bet that reporter is a ton of fun at solstice (not holiday – political correctness, of course) gatherings with his family: “Why yes, thanks for the sweater you got me, but what are your thoughts on the Cambrian Explosion?”

In the thugocracy, if your dim-witted gut tells you that the center of the universe is looking at you in the mirror, then everybody else must be made to care. Kanye’s journalistic doppelganger had a windmill to fight. And the groupies formerly known as the Tolerance Mob (i.e. “God-haters”) are now all for painting people with scarlet letters because they, like Kanye, are at their root bullies.

That’s why Obama was cool with lying to your face about marriage as David Axelrod just informed us (and we already knew), and that’s why Obama’s supporters are shrugging their shoulders in response and simply pointing to the score board. The ends justifies the means to Marxists since they have no reverence for our cherished ideals and traditions. Therefore, the ends almost always involve taking all that made American possible and prosperous in the first place and replacing it with pagan retreads.

Yet there we usually stand as Kanye steals our thunder and publicly ridicules us, going into deer-in-headlights mode just as Swift and Beck did (and Walker did by “punting”). If we respond at all, it is with a whine instead of a roundhouse.

Give Kanye credit. He knows how to sniff out an easy ambush. Do you think he’d take that stage if somebody like Trace Adkins was up there, though? No way, because he’d become the fret board to Adkins’ guitar.

A version of that happened this week when the Southern Poverty Law Center tried to go full Obama/Kanye/Media/Marxist on Ben Carson. That fraudulent organization completely jumped the shark when it deemed a kindly, up-from-your-bootstraps brain surgeon – who’s been breaking racial barriers longer than many of us have been alive –as worthy of being on its “Extreme Watch List” alongside white supremacists.

These days being what they are, you need only one guess as to why. If you aren’t signing “Highway to Hell” with the Rainbow Jihad, even being a black man won’t earn you a hall pass any longer.

Turns out a culture as worked over by political correctness as ours still has some fight left in it, though. Kanye went too far this far, and the backlash was severe. The Southern Poverty Law Center issued a mea culpa and Carson, while not quite walking away with somebody’s still-beating heart in his hands, reminded us that the emperor has no clothes.

Still, it was surely a temporary retreat. Kanye won’t change his stripes overnight. Doesn’t want to. Probably couldn’t if he tried. He’s that in love with himself. So are all Marxists like the ones in our media, and the one in our White House.

Thus, the thugocracy will keep crashing our parties and intimidating us through the sheer audacity of selfishness—until we go on offense and stop fighting back only after we’re sick of getting kicked in the groin.