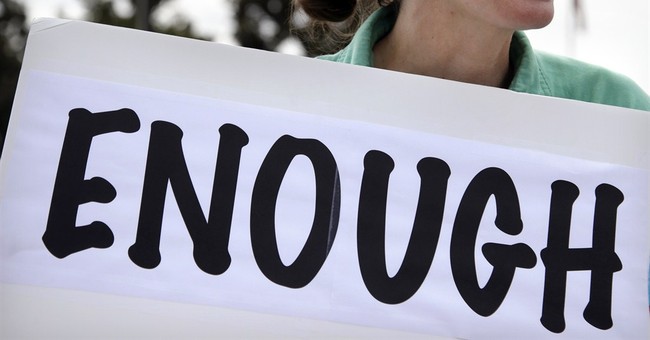 You can tell a lot about a man by the friends he has and the company he keeps.
Will Rogers

Be courteous to all, but intimate with few, and let those few be well tried before you give them your confidence.
George Washington

The respected Morton Blackwell of the Leadership Institute has a saying that sums it up perfectly: “Personnel is policy.”

Whom you empower to make decisions on your behalf, as well as whom you choose to endorse in contested primaries, tells us a lot about who you are. After all, unless you’re bipolar what kind of sane person would allow someone to advise them or make decisions for them whose worldview they didn’t share? Why would you advance the ambitions of those you don’t agree with? What kind of leader surrounds himself with people who don’t share his vision?

For years our politicians have told us their endorsements don’t really matter when held accountable for them, and should be viewed separately from their record on the issues. Is that so? Then why give an endorsement at all if it doesn’t matter? If that deflection is accurate, aren’t they essentially admitting they’re really irrelevant then? If you really believe in that ideology, why would you lend your name to someone that doesn’t?

Come on, man. Don’t urinate on us and tell us it’s raining.

People wouldn’t ask for an endorsement if they didn’t think it would help then. You wouldn’t put your name out there to purposefully be proven to be irrelevant. An endorsement is an act of influence. You are trying to influence others to accompany your actions.

And the action in the case of endorsing Kentucky Senator Ditch McConnell is to keep in power a man that just cut the absolute worst budget deal in the history of the Republican Party, which included a $3 billion taxpayer-funded bribe.

It is particularly painful to the grassroots to see men, who only have political capital because of grassroots support, spend it in a way that opposes that grassroots.

Ditch McConnell wanted now-Democrat Charlie Crist representing Florida in the U.S. Senate instead of Marco Rubio, who was supported by the grassroots. But now Rubio has endorsed Ditch in his contested primary against grassroots challenger Matt Bevin.

Ditch McConnell kicked Todd Akin to the curb a year ago, and Mike Huckabee sprung into action to help lead a grassroots charge to defy McConnell and the Republican ruling class. But now Huckabee has endorsed Ditch in his contested primary against grassroots challenger Matt Bevin.

Ditch McConnell wanted now-Democrat operative Tray Grayson representing Kentucky in the U.S. Senate instead of Rand Paul, who was supported by the grassroots. But now Rand has endorsed Ditch in his contested primary against grassroots challenger Matt Bevin. When questioned about the $3 billion taxpayer-funded bribe McConnell took from Harry Reid in exchange for betraying us on Obamacare, Rand said "Kentucky's very lucky to have Sen. McConnell. You need somebody who's willing to stand up for Kentucky."

I’m not saying each of these men has to support Bevin, who is McConnell’s challenger. It’s still early in the primary process. Maybe the vetting process will show he’s a flawed candidate, although I’ve interviewed him several times and he sounds to me like what a veteran, successful businessman, and devoted husband with a large family who cares about the country ought to sound like. Still, I’m not unreasonable. If openly defying party leadership by publicly supporting Bevin is a bridge too far at this point, I get that.

However, what you can’t do is publicly work against us. Just stay out of it then, and say you respect the right of Republicans to choose their own nominees without interference from on-high—especially because you didn’t appreciate that meddling when you ran.

By endorsing McConnell so early in the primary process, each of these three men is clearly attempting to stop the grassroots from holding Ditch McConnell accountable for his numerous betrayals. They are de facto playing human shield for the very Republican ruling class that opposed them when they were in Bevin’s shoes. And the funny thing is all the rationalizations they and their apologists are using to justify this incumbent protection racket, are the same arguments the Ditch McConnells of the world used to oppose them, and to justify all their various betrayals of the grassroots.

Through Ditch McConnell’s various betrayals, we have learned that Morton Blackwell was right: “Personnel is policy.” No matter how courageous and principled your grassroots is, if your leaders are feckless opportunists you can’t win the war. Ironically, many of us in the grassroots supported men like Rubio, Huckabee, and Rand because we were hoping they’d become the leaders of principle to replace failures like Ditch McConnell. But instead of leading us in a revolt against the system that didn’t want them around, they are now trying to convince us to keep the very ruling class that has failed us time and time again.

It’s great that with a few notable exceptions (Huckabee on common core, Rubio on scamnesty, and Rand Paul on marriage) these guys are almost always on the right side of our issues. But as long as they continue to empower a corrupt party leadership to remain in power and thwart our momentum, those records aren’t really worth the paper they’re printed on because the status quo still wins just the same. And the ruling class status quo is the biggest threat this country faces.

But don’t just take my word for it. Recently on my Facebook wall I asked lots of grassroots activists and patriots just like you what you thought of these men supporting Ditch McConnell. Let’s just say the majority of responses were not favorable.

You can read them for yourself and comment here and here.