The Wussification of Baseball Is a Good Thing

Steve Chapman
|
Posted: May 18, 2017 12:01 AM
Share   Tweet
The opinions expressed by columnists are their own and do not necessarily represent the views of Townhall.com. 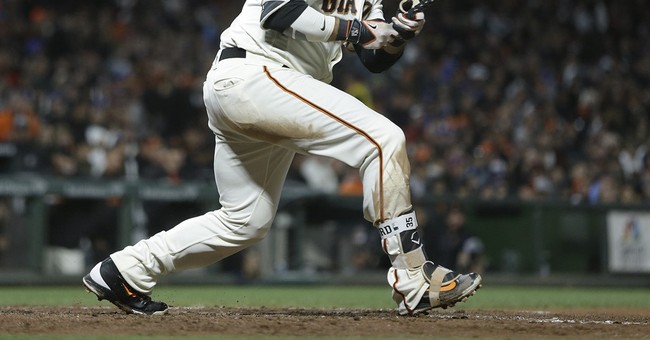 When the first cave dwellers began using fire, the elders in the tribe sneered and scoffed. "Who needs artificial sources of heat?" they demanded. "Who needs to cook food? What a pathetic bunch of wimps."

I wasn't there, but I say this with confidence, simply because every generation regards the next one as soft and weak. It's almost a requirement of being an adult.

Those cave people had a point. Didn't animal skins and sunshine suffice for keeping warm? If raw meat was good enough for Granddad, why wasn't it good enough for Junior? Of course, their ancestors had gotten similar criticisms when they moved into caves, offending those who thought covered shelter was for sissies.

A couple of Chicago Cubs are the latest manifestation of this recurrent phenomenon. Last weekend, rookie Ian Happ slid hard into second base, ending up well beyond the bag and nearly toppling the St. Louis Cardinals' shortstop. It's an old tactic for foiling a double play, and it worked.

But it's also an illegal one. Over-sliding second violates a rule adopted last year to protect fielders from dangerous collisions. The change came after two different players suffered serious injuries being knocked over by sliding runners. Happ's slide was ruled illegal; the hitter was called "out," and a run was nullified, contributing to the Cubs' defeat.

Losing pitcher Jon Lester was disgusted by the umpire's ruling. "Baseball has been played for over 100 years the exact same way, and now we're trying to change everything and make it soft," he groused. "We're out there playing with a bunch of pansies right now."

Manager Joe Maddon vigorously disputed the call and made clear that he's also sick of "office-created rules" that have wussified the sport. He facetiously suggested that in this delicate age, batters should wear face masks and pitchers should wear helmets.

Lester may not know that in the not-so-distant past, starters were expected to take the mound every four days and stay there until the game was over. Old-timers would laugh at five-man rotations, pitch counts and "quality starts" requiring a mere six innings.

Lester has pitched 14 complete games in his 12-year career. St. Louis great Bob Gibson had twice that many in each of two seasons, 1968 and 1969, and 255 overall. Lester threw 202 innings in the 2016 regular season. From 1962 through 1965, Don Drysdale of the Los Angeles Dodgers logged more than 300 innings four years in a row. Lester does not play the game the same way they did.

Apparently, he's unaware that in the early 20th century, it was a lot more dangerous. Batters didn't wear helmets or batting gloves, much less shinguards or elbow pads. Protective cups were unknown; fielders were often spiked by sliding runners; and pitchers threw at hitters with impunity.

After baseball cracked down on the latter custom in 1988, New York Yankees manager Billy Martin saw one of his pitchers ejected for plunking a batter and lamented the decline of masculine standards. "They're making a sissy game out of it," he fumed. "I thought we were supposed to play like men, play aggressive."

He sounded a lot like Philadelphia coach Dave Bristol, who in 1982, after one bench-clearing melee, was asked how to stop such brawls. "I don't see anything wrong with them," he replied.

The ban on takeout slides came a couple of years after Major League Baseball changed the rules to eliminate runner-catcher collisions in plays at home plate. Maddon opposed that change, too, claiming the new rules were "impossible" to enforce.

Cardinals manager Mike Matheny, whose 13-year big league catching career was cut short by the last of his several concussions, was one of those who pushed the idea in the interest of players' health. "This isn't a collision sport," he argued.

Other sports are. By Lester's logic, baseball is strictly for pansies. Rugged athletes gravitate to football, boxing, hockey or mixed martial arts, where violence is not incidental but central. Fans may go to NASCAR races to see crashes, but nobody goes to a baseball game hoping to see a shortstop get his leg snapped.

The changes in rules and conventions that have made baseball safer have also preserved bodies and lengthened careers, which makes for a better game. And if the rules work against you occasionally, you should deal with it stoically. Someone might tell Lester and Maddon: Tough guys don't whine.