What Queen Elizabeth Reveals About Trump

Steve Chapman
|
Posted: Jan 08, 2017 12:01 AM
Share   Tweet
The opinions expressed by columnists are their own and do not necessarily represent the views of Townhall.com. 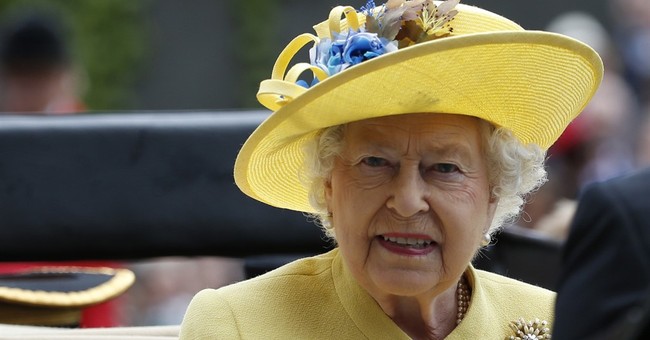 Trending
Life for a modern monarch is often a jeweled prison, with an excess of tedium and a dearth of authority. Anyone who detests the idea of royals can take satisfaction in how insignificant they have become. But their adaptation to this shrunken role sheds a revealing light on Donald Trump.

In its first season, the Netflix series "The Crown" depicts the early years of Queen Elizabeth II's reign. What becomes more obvious with each episode is that not only does the young sovereign lack the commanding power of William the Conqueror or Henry VIII but also she can rarely get her way even on outwardly trivial matters.

Watching, I kept wishing she would rise up and declare, "I'm the freaking queen of England, and I'll do as I damn well please!" She never does. Reverence for the past stands in the way.

Though the great powers of the British crown have been taken away by Parliament, the cramped discretion Elizabeth endures is also one of her own choice. She could rebel against the suffocating conventions -- because really, who's to stop her? But she accepts her duty to follow tradition.

The American presidency has many powers, some stipulated in the Constitution and some established by those who occupied the White House. But presidents have usually observed certain long-standing norms meant to foster respect for the office, promote national cohesion and encourage democratic compromise.

Trump, however, accepts no limits or norms of behavior, insisting on doing exactly what suits him. He refuses to make public his tax returns. He includes his children, who are also his business partners, in meetings about government business.

He pops off on Twitter whenever the urge strikes. He tramples over ethical boundaries. He insults his critics. He exalts himself. He behaves with a sense of entitlement that brooks no opposition.

It's hard to recall that in 1998, congressional Republicans were so appalled by Bill Clinton's illicit affair and brazen deceptions that they impeached him. In his 2000 campaign, George W. Bush made a pointed promise to "uphold the honor and dignity of the office."

That's an obligation dating back to George Washington. On the website of the Miller Center at the University of Virginia, historian Stephen Knott writes that our first president never "sought to use his office for personal empowerment or gain. Neither did he shelter his friends for the sake of their friendships when conflicts of interest arose." His "restraint, solemnity, judiciousness, and nonpartisan stance created an image of presidential greatness, or dignity, that dominates the office even today."

Or did. It may not take Trump long to make Americans forget there was a time when presidents practiced such virtues. Once, a leader who defended a Russian dictator while mocking U.S. intelligence professionals would have been pilloried as an appeaser, if not a traitor. But Trump has shown how easily the outrageous can come to seem ordinary.

His rise brings to mind Daniel Patrick Moynihan's 1993 essay, "Defining Deviancy Down," which lamented the collapse of standards of behavior and the resulting epidemic of violent crime.

"We have been re-defining deviancy so as to exempt much conduct previously stigmatized," he wrote, "and also quietly raising the 'normal' level in categories where behavior is now abnormal by any earlier standard." In short, "we are getting used to a lot of behavior that is not good for us."

It can't be good for a president to cultivate ignorance, to undermine bipartisan policies on a whim, to bully private companies or to demonize anyone who crosses him. Trump's style is at war with the concept of the office as a public trust.

George Washington endeavored to define the presidency in a way that affirmed he was not a monarch like the one Americans had rebelled against. Today, the queen of England behaves in a manner reminiscent of Washington, while the president-elect impersonates a czar.