Steve Chapman
|
Posted: Nov 06, 2016 12:01 AM
Share   Tweet
The opinions expressed by columnists are their own and do not necessarily represent the views of Townhall.com. 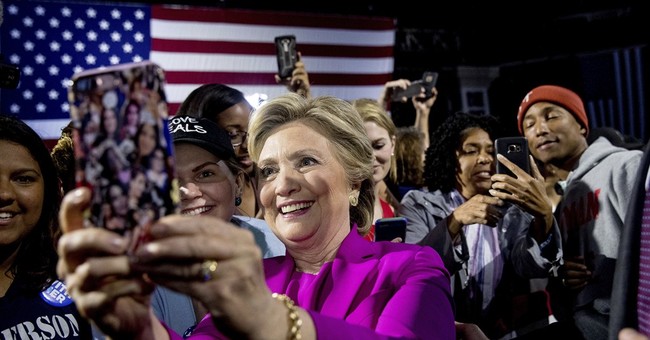 Trending
New Hampshire is a tiny state with about 1.3 million people. California has eight counties with larger populations than that. But in presidential campaigns, size doesn't matter.

Donald Trump and Barack Obama will be in New Hampshire on Monday. The 39 million residents of California can only watch from afar.

In most political races, candidates spend the most time where they can reap the most votes. In presidential campaigns, however, they often seem to shun any place where large numbers of ballots are cast. California, Texas and New York are the most populous states. But from the number of candidates they've seen lately, they might as well be Siberia.

The reason for this weird pattern is a weird institution -- the Electoral College, which is what we actually use to choose presidents. Each state has as many votes as it has members of Congress, and 48 states are winner-take-all. Whoever can amass 270 electoral votes becomes president.

This unusual formula has the effect of steering candidates away from large states that have a strong bent toward one party or the other. Lose by one vote or a million votes in most places and you get the same electoral harvest: nothing. No one campaigns in California, despite its 55 electoral votes, because it's a haven for Democrats. No one wastes time in Texas, with 38 electoral votes, because it's almost impossible for Republicans to lose.

New Hampshire could go either way. So it's worth fighting over despite the meager reward at stake: four electoral votes.

A few big states, such as Florida and Ohio, find themselves swarmed with candidates and carpet-bombed with TV ads every four years because neither party can take them for granted. But in other vote-rich places, it's almost possible to forget there's an election. Worst off of all are low-population states that are reliably red or blue.

Democrats turned angrily against the Electoral College in 2000, when they discovered it's possible to win the popular vote and lose the election. They might have seen it coming. Back in the 1980s, Republicans were said to have a lock on the Electoral College because they had a clear advantage in 39 states that accounted for 441 electoral votes. Democrats wondered whether they would ever overcome that handicap.

They have. These days, it's Republicans who face a nearly impregnable electoral fortress. The 17 states that have voted for the Democratic nominee in each of the past four presidential elections command 242 electoral votes. The 22 that have gone Republican every time have only 180.

That's why you keep hearing about Trump's "narrow path to victory." He has to capture several states that Mitt Romney lost in 2012 to win, including Florida, Ohio, Iowa, Nevada and, yes, New Hampshire. Hillary Clinton just has to hold on to one of them to be practically assured of victory.

The Electoral College tilt means she could plausibly lose the popular vote and still take the oath of office Jan. 20. Trump couldn't. NPR calculated that in 2012, it was possible to win the presidency with 23 percent of the popular vote.

It's a strange mechanism that we accept only because it so rarely affects the outcome. The winner of the popular vote almost always wins the electoral vote. But as President Al Gore can attest, there are glaring exceptions to the rule.

The only reason for the lengthy postelection court battle in 2000 over how to count the votes in Florida was the Electoral College. Without it, the hanging chads in Palm Beach County would have been a trivial curiosity -- because Gore got nearly 544,000 more votes nationwide than George W. Bush.

Traditionalists regard the Electoral College as a sacred creation of the Founding Fathers, whose genius must be respected. But the Framers really had only the dimmest idea what they were doing.

Historian Carl Becker wrote in 1945 that "their grasp of political realities, ordinarily so sure, failed them in this instance. Of all the provisions of the federal Constitution, the electoral college system was the most unrealistic -- the one provision not based solidly on practical experience and precedent."

Practical experience has shown that the only possible function of the Electoral College is to deliver the presidency to someone the American people have rejected. Democrats would be happy to abolish it. What would it take to get Republicans to agree? Something that could happen Tuesday.