Liberals and Conservatives Should Reject Sanders

Steve Chapman
|
Posted: Apr 10, 2016 12:01 AM
Share   Tweet
The opinions expressed by columnists are their own and do not necessarily represent the views of Townhall.com. 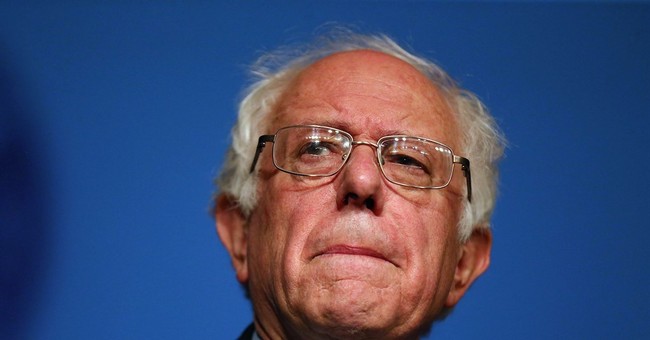 In the polarized environment of modern American politics, there aren't many things that liberals and conservatives agree on. But they should be able to join hands and lift their voices in unison to say, "Bernie Sanders will not do."

Congress has plenty of members who stand left of center, but despite serving 16 years in the House and nine in the Senate, he's gotten the endorsement of only a handful. Vermont's other senator and its governor, both Democrats, have endorsed Hillary Clinton.

Former Rep. Barney Frank, one of the most accomplished liberal lawmakers of our time, doesn't have much use for him. "Bernie Sanders has been in Congress for 25 years with little to show for it in terms of his accomplishments," he told Slate. That, he told The Washington Post, is because he is "very wary of compromise and of accepting less than you want."

The 2010 Dodd-Frank law, which Frank co-authored, was described by The Washington Post as "the most ambitious overhaul of financial regulation in generations." Yet Sanders proclaims, "Congress does not regulate Wall Street. Wall Street regulates Congress."

Frank's response in Politico: "When my 2010 opponent was greeted by cheers on the floor of the New York Stock Exchange during our campaign, and major financial operators like Carl Icahn and David Einhorn maxed out to him to punish me for our legislation, I don't think any of them agreed with Sanders that Wall Street had somehow been regulating us."

Frank faults him for acting as though nothing big has been accomplished under Barack Obama -- who, besides Dodd-Frank, pushed through the Affordable Care Act and raised the top marginal income tax rate from 35 percent to 39.6 percent.

Liberals have other reasons to be leery. Sanders portrays climate change as "the single greatest threat facing our planet" even as he demands a ban on fracking. But the main reason the United States has been able to reduce carbon emissions in recent years is that we have replaced coal with natural gas -- which has become more abundant thanks to fracking.

He proposes more than doubling the minimum wage, to $15. But Princeton economist Alan Krueger, whose research suggests a $12 floor would not destroy jobs, says a $15 national minimum "could well be counterproductive."

Sanders thinks anything worth doing is worth overdoing. But his all-or-nothing attitude, Frank contends, "makes it less likely" that progressives will succeed in moving society in the direction they want.

That may be the only consolation for non-liberals and anyone else distrustful of an all-powerful government. Sanders says he believes in "democratic socialism" but has room in his heart for the other kind. In the 1980s, he praised the Marxist-Leninist regimes in Cuba and Nicaragua.

His loathing is reserved for capitalism. His inability to explain his plan to break up big banks in an interview at the New York Daily News was confirmation that on anything to do with economics, he is guided purely by ideology.

He says our private health insurance system is the reason "we spend almost twice as much per capita on health care as do the people of any other country." PolitiFact noted that our per capita cost is just 38 percent more than that of Switzerland, the next highest. Some countries with lower spending rely heavily on private insurance.

He has only contempt for any U.S. company that would move production to China or Mexico just "to make even more money." He doesn't grasp that if a U.S. company doesn't shift production to raise profits, its foreign rivals may do so -- and put it out of business. Sanders assumes that earnings grow on trees.

His fiscal realm is a zero-gravity environment. His tax plan would raise the top marginal rate to a confiscatory 77 percent -- almost certainly stifling economic growth, not to mention reducing revenue from what it would be at lower rates.

On spending, he offers a fiesta of extravagance: free college, paid family leave, Medicare-for-all, an across-the-board increase in Social Security benefits. The bipartisan Committee for a Responsible Federal Budget says they could add $15 trillion to the national debt over a decade. Even liberal economists have characterized his budget agenda as a joke.

Sensible voters on the left and the right will decline the suspension of disbelief his campaign invites. In the unlikely event he wins the election, Sanders won't announce, "I'm going to Disney World." He lives in his own magic kingdom.