Bad Policies Are Their Own Worst Enemy 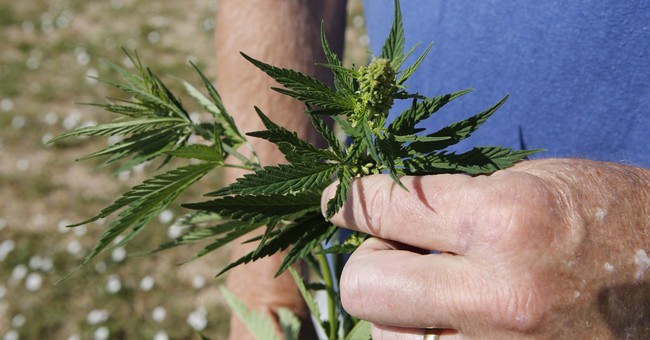 Newspaper editorials rarely make news -- I've been writing them for a long time, and, believe me, I know -- but one did the other day, when The New York Times came out for legalization of marijuana. It was an agreeable development for anyone who, like me, believes in letting people live their own lives, even if they do it badly. But its significance is much bigger than that.

The Times is not exactly at the vanguard of history here. With all modesty, I will note that I wrote my first column arguing against pot prohibition in 1982, when the Washington Nationals were the Montreal Expos, Starbucks was confined to Seattle and I had a full head of hair. The question is not why the Times editorial endorsed the change, but why it took so long.

Still, it's a big deal, and Tony Newman of the Drug Policy Alliance explained why. For all its liberal reputation, "the Times did as much as any other media outlet to legitimize drug war hysteria and its disastrous policies," he wrote in The Huffington Post. "The most powerful news outlet in the world coming on board, with the passion they did, should speed up an exit strategy from this long-lost war."

The Times' new policy highlights how much opinion on the issue has shifted on the legal sale and use of cannabis. Some 58 percent of Americans now favor it -- compared to 34 percent in 2003. Two states, Washington and Colorado, have done it. The issue will go to the voters in Oregon and Alaska in November.

But this national shift is not heartening merely because it promises to reverse a policy that has been an extravagant failure. More important, it confirms that in the realm of government, Americans have the capacity to recognize mistakes and stop making them. Too many people know too much about pot to go on mindlessly banning it.

Bad policies, it turns out, are their own worst enemy. This is often hard to believe while those policies are in effect. The drug war began in the 1960s and isn't over yet. But experience is an unsurpassed instructor.

That's how Americans came to see the dangers of letting the government set prices: They lived through the 1970s, when inflation reached double digits and consumers encountered painful shortages of basic goods -- gasoline, beef, lumber, even paper bags. Federal price controls not only fostered economic chaos, but failed to contain inflation, which was their whole point.

The public and the policymakers eventually came to understand that inflation was the result of the Federal Reserve's monetary policy rather than corporate greed. It also dawned on them that government price-fixing was a fool's errand.

_When President Ronald Reagan lifted controls on gasoline in 1981, most people expected pump prices to go higher and stay there. In practice, they rose over the first year and then began falling. At the end of his eight-year presidency, they were down by more than one-fourth from where they were at the start. (Inflation fell as well.)

Nowadays, when gasoline prices jump, price controls are off the table. That's not because oil companies have gotten more lovable; it's because the public has gotten harder to fool.

Experience also prompted Americans to reassess their objections to same-sex marriage. For a long time, it was seen as a radical fantasy. In 1996, only 27 percent of Americans supported it.

But the world changed. Gays grew more open about their sexual orientation. Same-sex couples became more common. In 2004, Massachusetts allowed gay and lesbian couples to wed, and in 2008, Connecticut followed. Other states let them enter into civil unions that approximate marriage.

Opponents predicted disastrous effects. But the Almighty did not send a plague of frogs or otherwise evince outrage. The more exposure Americans had to the notion of gay marriage the less they minded. Today, it has the support of 55 percent of Americans.

The trial-and-error mode of education even works in foreign affairs. Vietnam showed Americans the danger of fighting a large counterinsurgency war in a distant place -- for nearly 40 years, we shied away from such ventures. The occupations of Iraq and Afghanistan have been strong doses of aversion therapy.

Most people don't spend much time thinking about government policies, which is why bad ones can persist for years or decades. But if the process of education is long, it bends toward wisdom.