Where's That Inflation I Was Promised? 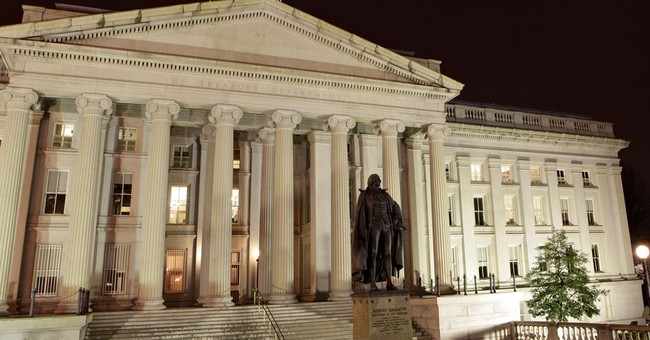 CNBC reporter Rick Santelli, who gets credit for spawning the tea party with a 2009 rant, has long warned that the Federal Reserve is courting not just inflation but hyperinflation with its prolonged expansion of the money supply. For five years the inflation has taunted him by failing to materialize.

Finally, the other day, after being challenged on air about his doomsaying, Santelli did his best impression of an exploding ammunition dump. "I was right! I was right!" he bellowed. It was like watching Captain Queeg testifying in "The Caine Mutiny," when the members of his court-martial panel suddenly realize he is stark raving mad.

Santelli is just the most conspicuous and unrepentant of a group of economic experts and pundits who for years argued that the Fed's easy-money policy would send prices soaring. It became an article of faith in some quarters, and faith is often impervious to evidence.

Milton Friedman, who had a greater effect on my thinking about economics and government than anyone else, argued that "inflation is always and everywhere a monetary phenomenon" -- the result of excessive money creation. He documented this claim with a vast array of empirical evidence -- which he thought was valuable -- and persuaded most economists.

One was Ben Bernanke, who cited him as a major influence on his policies at the Fed. But Bernanke knew that too little money can be as bad as too much.

Friedman had taught him well. When Japan suffered a recession in the 1990s, Friedman explained why. "Monetary growth has been too low," he said. "What Japan needs is a more expansive domestic monetary policy."

Faced with the crash of 2008, the Fed decided that was what the United States needed, too. It was striving to prevent a severe recession from turning into a Cormac McCarthy novel, and once that was averted, it was trying to facilitate the return of normal economic growth.

But some people saw only danger. Carnegie Mellon economist Allan Meltzer wrote in 2009 that a repeat of the 1970s and early 1980s was imminent: "If President Obama and the Fed continue down their current path, we could see a repeat of those dreadful inflationary years."

Republican politicians have made similar warnings, over and over. In 2012, Mitt Romney said Bernanke had "overinflated." Wisconsin Rep. Paul Ryan accused the Fed of debasing the currency.

But things have not gone as they expected. From 2009 through 2013, inflation averaged 1.6 percent -- half what it was in the previous five years and lower than in any five-year period in the past half-century.

Meltzer (whom I have been calling for decades and admire) now tells me he was mistaken in 2009. Bernanke critic Jeffrey Lacker, president of the Federal Reserve Bank of Richmond, confessed last year, "I have been surprised by the stability of inflation."

But other Fed critics have yet to admit error. They cannot accept that in certain economic conditions, a bigger money supply doesn't lead to inflation, because people and banks hold on to more cash.

Some of those who were wrong hallucinate that they were right. They claim the Consumer Price Index greatly understates the actual movement of prices. But the Billion Prices Project at MIT, which collects far more data than the government does, puts the current rate only slightly above the official number.

The fact that food costs are up doesn't mean inflation is emerging. Inflation is a rise in the general price level. If some prices are rising faster than the overall rate, that means other prices are not. Sure enough, prices for gasoline, corn and imported food have been down lately. The Rick Santelli brand also seems to have lost value.

The return of high inflation is always possible if the fed isn't careful in eventually unwinding the monetary expansion. But from the evidence to date, the Fed has a better grasp of the economy than its critics do.

Tight-money true believers have consistently let ideology dictate their understanding of the world instead of the other way around. Sensible people, by contrast, confront their misjudgments and alter their thinking to incorporate the things they failed to see -- because reality doesn't care if you think you're right.

NYT Drives a Stake Thru the Heart of Its Own Claim of What Trump Paid in Taxes, Lets Other Disturbing Info Slip Out
Redstate
Can’t see Russia from here: NYT exposé on Trump taxes a dud?
Hotair