Return of the Minivan? 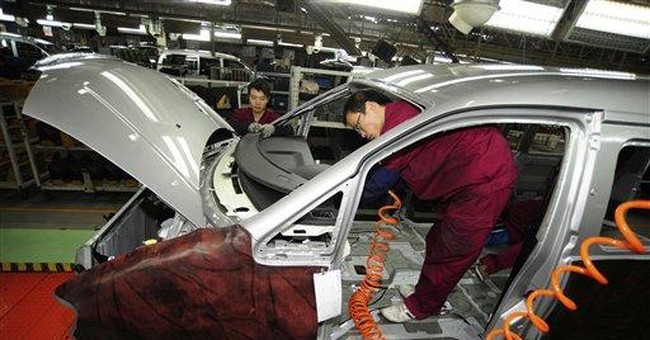 It's boxy, bland and relentlessly practical, but in an age of diminished wealth and high unemployment, maybe that combination doesn't sound so bad. Despite those qualities, or because of them, the minivan is making a comeback.

Sales are up, new models are appearing, and the woman who once did the blog "Rage Against the Minivan" has fallen in love with one. "In marketing campaigns featuring heavy-metal theme songs, rapping parents, secret agents in cat masks, pyrotechnics and even Godzilla, minivan makers are trying to recast the much-ridiculed mom-mobile as something that parents can be proud -- or at least unashamed -- of driving," reports The New York Times.

This is known as reinventing the wheel. Minivans became popular in the 1980s because they offered so many things -- abundant seating, ease of entry for young children, decent fuel economy and cargo space without excessive bulk. For a generation in its fertile years, they were the solution to every need.

_Except one: the perennial urge of many baby boomers to believe they are cool. Our parents knew better than to expect hipness to coexist with diapers and PTA meetings. But the postwar generation is the one advertisers asked, seductively: "Who says you can't have it all?"

Apparently, though, the urge to be awesome has carried over to Generation X. That explains why automakers are trying so hard to convince them that basic, functional transportation is not a fate worse than fiery death.

Toyota is selling the Sienna as a "Swagger Wagon" after hearing consumers lament, "I don't like being the soccer-mom joke or feeling like I've given up all trace of my identity to be a parent," according to marketing manager Richard Bame.

Good luck with that. Portraying minivans as radical is like trying to sell Kansas to snowboarders.

For those captivated by parenthood, the appeal of stylish wheels is (or was) nothing compared to a car that could carry baseball gear for an entire Little League, transport a flock of first-graders to Chuck E. Cheese's, get double-digit gas mileage and ride appreciably better than a Conestoga wagon. In my book, coolness was a consolation prize for the poor mopes who were missing out on Indian Princesses.

But some people feel differently, which is why the rise of minivans was accompanied by the rise of something far less sensible: the sport-utility vehicle. With its truck frame, macho looks and off-road capability, it allowed Americans to drive station wagons to the grocery store and ballet lessons while pretending to be Marlboro Men (and Women) riding the range.

Never mind that SUVs typically carried fewer passengers, got worse fuel economy, handled like front-end loaders and had a regrettable tendency to flip over. Plenty of people were desperate to overlook all these shortcomings rather than be publicly unmasked as parents.

The SUV's cherished dirt-eating, boulder-climbing feature was generally unneeded by suburban parents. For that matter, it was greatly exaggerated. One of the more surreal experiences of my life came when the people at DaimlerChrysler refused to honor the transmission warranty on my son's Jeep because -- prepare to be shocked -- he had (START ITAL) taken it off-road. (END ITAL)

Maybe Generations X and Y are getting past the drab associations that once hung over minivans. Sales reached about 450,000 last year, up 9 percent over 2008. But that was still only about a third of the total at the peak 10 years ago.

How come? Because the industry has figured out a different way to capture those buyers looking for the best features of a minivan. SUVs and "crossover" vehicles have acquired smoother rides, third-row seats and better fuel economy. In essence, millions of Americans are driving minivans disguised as trucks -- sheep in wolves' clothing.

Maybe minivans will take a bigger share of the market as some consumers decide they might as well have the real thing. But with all their interior space, minivans can't carry the one thing many motorists must have at all times: their illusions.