The Perils of a Lower Drinking Age 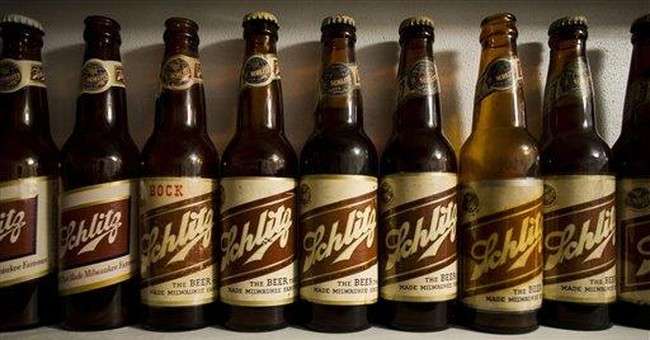 Life is full of surprises, and some 100 college presidents think they have stumbled on one. They think there is too much problem drinking on campus -- no surprise there -- and suggest we might solve the problem by changing the drinking age. They don't propose to raise it to 25. They want to lower it to 18.

The group behind the petition they signed, Choose Responsibility, says the current drinking age is a failure. It has "not resulted in significant constructive behavioral change among our students," the statement says, and in fact has spawned "a culture of dangerous, clandestine 'binge-drinking' -- often conducted off-campus."

It's true that in the old days, there was no college culture of clandestine, off-campus binge drinking. It was out in the open, right on the quad. Another difference back then: There was more of it.

At the risk of stating the obvious, that's at least partly because in most states, the drinking age was under 21. Youngsters could buy booze legally, so they did what you would expect. They drank more and got drunk more.

It's bizarre to blame the higher age for today's staggering undergraduates. According to Monitoring the Future, an ongoing research project at the University of Michigan, binge drinking has not risen since 1988, when 21 became the minimum drinking age throughout the country. Among college students and other college-age Americans, the rate is lower today than it was then, and the decline has been even bigger among high-school students.

It's true the progress stalled around 1996. But how can that be blamed on the higher drinking age? By then, it had been the national norm for nearly a decade.

In spite of the law, plenty of 18-to-20-year-olds somehow manage to get wasted on a regular basis. But a law can be helpful without being airtight. This one has curbed not only the use of alcohol among young people, but its dangerous abuse.

Since 1988, according to the National Highway Traffic Safety Administration, drunk-driving deaths have dropped in all age groups. That's due in part to stricter enforcement and changing public attitudes about drinking and driving. But they dropped most among those younger than 21. In that group, the number of alcohol-related fatalities has been cut nearly in half -- even as the number of non-alcohol-related traffic deaths has been stable.

This is not a coincidence. When states lowered their drinking age in the 1970s, they got more drunk-driving deaths among teenagers than similar states that stayed at 21. A 1983 study in the Journal of Legal Studies concluded that any state that "raises its drinking age can expect the nighttime fatal crashes of drivers of the affected age groups to drop by about 28 percent."

There are other arguments for lowering the age. Maybe the most popular is that if you're old enough to join the Army and die for your country, you're old enough to buy a beer. But there is a good reason to avoid such blind consistency. Among the qualities that make 18-year-olds such good soldiers are their fearlessness and sense of immortality -- traits that do not mix well with alcohol.

Besides, we don't have a single age threshold for adulthood. We give driver's licenses to 16-year-olds, but a 20-year-old Marine returning from Iraq will find he may not buy a handgun or gamble in a casino.

Why permit 18-year-olds to vote but not drink? Because they have not shown a disproportionate tendency to abuse the franchise, to the peril of innocent bystanders.

Another reason is that extending the vote to 18-year-olds doesn't let even younger people gain illicit access to the polls. But if high-school seniors could legally patronize a liquor store, sophomores would find it much easier to get party fuel. Raising the drinking age to 21 reduced alcohol-related traffic fatalities not only among 18-year-olds, who lost the right to drink, but 16-year-olds, who never had it.

It's not hard to make a logical case for allowing 18-year-olds to buy alcohol, but only if you disregard the practical effects of letting them do something that many of them are not mature enough to handle. In this debate, the ultimate wisdom comes from Supreme Court Justice Oliver Wendell Holmes, who reminded us that sometimes, a page of history is worth a volume of logic.