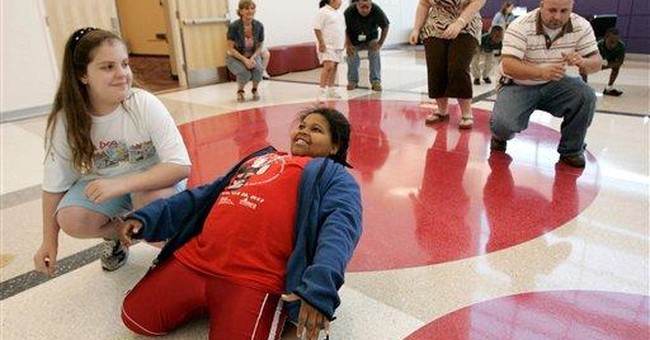 The 21st century has many problems, but a shortage of information is not one of them. Trying to avoid being endlessly barraged with facts is like trying to stay dry in a hurricane. But no matter. One government body after another has the idea that some people need more information, and it will be supplied or else.

The targets of this campaign are restaurants. New York City has a new law commanding chain outlets to post the calorie count of every item on menus and menu boards. The legislatures in New York and California are considering state laws to require even more extensive disclosures.

The reason, as the New York City Health Department explains, is that "New Yorkers get a third or more of their calories away from home. The lack of readily available calorie information in food service establishments makes it easy to consume too many calories without realizing it."

Imposing this mandate is supposed to help combat obesity. The Los Angeles County Department of Public Health asserts that if just 10 percent of restaurant patrons cut their intake by a mere 100 calories per meal, we would see a 39 percent decline in weight gain.

But the entire effort rests on assumptions that are unexamined and unfounded. The first is that consumers place a high value on the information being mandated. Actually, most of it is already accessible (online, among other ways) to anyone who is interested. In many places, it is available onsite, on tray liners or pamphlets.

Americans may say they would also like to see dietary information on menus. But providing it costs money, in a fiercely competitive industry. If patrons really wanted such disclosures, no law would be needed. Restaurants, eager to attract customers, would already be providing the numbers -- just as they strive to offer other things that bring in business.

Among the attributes that most people look for when they dine out, nutritional information is below tasty fare, reasonable prices, courteous service, pleasant surroundings, agreeable lighting and free parking. It's probably tied with clean restrooms and free mints at the cashier's counter.

The belief that more facts will generate wiser decisions is appealing but, at least in the realm of food, yet to be proved. No one seems to have noticed that as nutritional labeling has expanded, so have American waistlines. The federal government first required packaged foods to carry such information in the mid-1970s, and today, we are collectively fatter than we were then.

What does that suggest? Either people don't notice what's in the food they buy, or they don't let the knowledge affect what goes in their mouths.

If people don't heed the information they already have, they aren't going to waste effort digesting an additional onslaught of facts. The assumption is that people eat badly because they don't acquire the essential knowledge about their food. But it may be they fail to obtain those facts because they prefer to eat whatever they like. Not everyone approaches dinner as a research project.

There is little research to suggest that calorie alerts will make any difference in obesity rates. In 2004, the American Journal of Preventive Medicine reported that when women of normal weight were given this kind of information, it had no effect on what they ate, and that facts furnished in restaurants were also irrelevant in dining decisions.

A study in the Journal of the American Dietetic Association found that people who dine out frequently are less likely to pay attention to nutritional data than people who eat mostly at home. It suggested that "those who have a less nutritious diet are less likely to use food labels and have less interest in doing so."

As anyone who's ever raised a teenager knows, continually bombarding people with information that is useful or even crucial to their well-being is not always productive. Menu laws may not increase our ability to make good food choices. But they will certainly improve our ability to tune out.