Life In the Key of Hank Williams Jr.

Stephen Smoot
|
Posted: Mar 23, 2020 12:01 AM
Share   Tweet
The opinions expressed by columnists are their own and do not necessarily represent the views of Townhall.com. 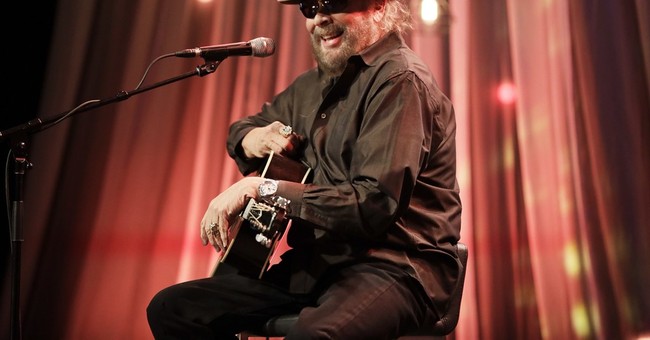 The preacher man says it’s the end of time

The interest is up and the stock market’s down

An’ you only get mugged if you go downtown

I live back in the woods ya see

My woman and the kids and the dog and me

I got a shotgun, a rifle, and a four wheel drive

And a country boy can survive

These lyrics came from a Hank Williams Jr. hit from almost 40 years ago, portraying the point of view of those who “came from the West Virginia coal mines,” the Rocky Mountains,” “north California and south Alabam, and little towns all around this land.”

As liberal celebrities croon the Communist-lite tune “Imagine” from inside their gilded palaces, those in the country find that Hank Williams Jr’s enduring secular homily on self-reliance is more real now than ever.

“A Country Boy Can Survive” remains one of the most popular and defining songs for many in rural and Middle America, serving as both a self-affirming hymn to some and a warning to others.

As the song explains, country boys (and girls) survive through self-reliance. They bristle at efforts by the government, society, and others to restrict how they choose to do survive, whether in daily life or during hard times.

And it should also surprise no one that most of those who see this song as an anthem also support Donald Trump.

The current coronavirus crisis has vindicated those who live as Hank Williams Jr’s protagonist do, surviving on their own “good ole tomatoes,” and “homemade wine,” while they “make our own whiskey and our own smoke too.”

Williams boasts “there ain’t too many things these ole boys can’t do.” And he’s right.

In this song lies not only admonitions on how to outlive and outlast any crisis, but also the ethos of rural America. It includes religion and respect for others (“we say grace and we say ma’am”) as well as a live and let live attitude (“if you ain’t into that, we don’t give a damn.”)

Nowhere in the song does Williams imply that living this way doesn’t require more work. His protagonist can “plow a field all day long” and “can catch catfish from dusk till dawn.” Food, when necessary, comes from the farm and forest. “We can skin a buck, we can run a trout line, and a country boy can survive.”

Keeping a family fed takes hours of work and experience on how to do it right. The reward for work lies not in riches, but in more safety, security, and better quality of life than the alternative, which Williams finds in city life.

Like country boys going back to the time of the Patriarch Abraham, Williams warns of the city. His “good friend” who enjoyed wealth, learned business at the feet of his grandfather, and “never called me by my name, just Hillbilly” was “killed by a man with a switchblade knife. For forty-three dollars my friend lost his life.”

Justice, if the protagonist could apply it, would be swift and final. “I’d like to spit some Beech Nut in that dude’s eye as I shoot him with my old .45.” In case any doubt remains on who is better equipped to handle tough times overall, Williams repeats “a country boy can survive.”

It also warns outsiders that country people can defend themselves and their own, and won’t hesitate to act.

Coronavirus, regardless of its actual levels of lethality, distils the idea of survival into its most basic common denominator – life or death based on security from others and getting the necessary items to live.

Those in cities will often expect that survival comes from the government’s ability to maintain order and distribute vital supplies if necessary. Crises in urban areas often reinforce the idea of dependency because city dwellers have few other options. Strong and secure government protection will make many there feel more safe.

Rural America will see the virus crisis as reaffirming its own almost opposite values, beliefs, and morals. Sitting on a front porch, gazing at fields of corn or far off mountains, it’s easier to imagine a world where each individual or family gets left to their own devices without support from government or society. If the worst calamities occur, those with their own land and resources in isolated areas will likely remain left alone by the government and also be the best equipped to survive.

Security here means relying not on government, which rarely does right by country folks, and more on ones’ self and, if absolutely necessary, ones’ neighbors and extended family. Even in the best of times, the notion of keeping a family safe includes buying weapons and ammunition, because even when all else is right with the world, it still takes sheriff’s deputies or state police too much time to react to danger.

Hank Williams Jr’s magnum opus reveals much about a culture more despised and less understood by elites in the current political climate. Those who care to understand rural America in good times and crises alike will find this song serves as an outstanding key opening the door to better understanding of what makes the American countryside tick.