The Case Must Go On

Stephen Smoot
|
Posted: Feb 01, 2019 12:01 AM
Share   Tweet
The opinions expressed by columnists are their own and do not necessarily represent the views of Townhall.com. 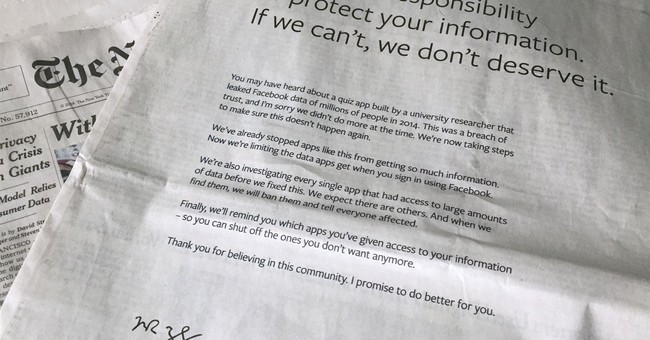 In the aftermath of a horrific and false media assault on what turned out to be exceptionally restrained high school kids, it has grown very clear that a large number of journalists and other media figures have grown into true inheritors of the mindless Paris mob of the French Revolution. Ring the Twitter tocsin and virtually spill blood in the streets. The totalitarian drive to wrench all of American society into compliance with left wing values or shame them into permanent marginalization has spawned death threats to those as famous as Tucker Carlson and to those as unknown as a group of small city high school kids.

The rules of the game have dissipated in the feverish hysteria born of a modern witch hunt. Against those on the right, it resembles the worst abuses of the old Puritan colony leaders.  Many on the liberal side suffer unreasonably as well, but their “betters” expect them to engage in Soviet show trial style self-criticism and rhetorical flagellation.  Look no further than what the Left has done to Kevin Hart over thoughtless and apologized for statements made many years ago.

It got very real in the Covington case.  The school had to close for security reasons.  A child, yes a child, received death threats and other calls for violence simply for an expression held during a very bizarre event caused by the aggression of others while caught on film.  His crime, besides the uncomfortable smile/grimace, was that he dared to stand still in defense of his values and beliefs.

Rightfully, some lawyers have stepped up to offer to file defamation suits against any media figures that spread the story and failed to appropriately retract and apologize. Even if all do, which will not happen anyway, the case should go on.

First of all, those in the news media who spread the story may soon find that the First Amendment will not shield them from civil consequences.  The cases New York Times v. Sullivan (1964) and Curtis Publishing Co. v. Butts (1967), while establishing that the media can be wrong without consequence in most cases, established two standards for defamation suits. Private figures, or those who have not actively and successfully sought the spotlight, can sue if they can prove that a news outlet or reporter did not follow their due diligence as reporters to get the facts.  If such a story causes damages, the news outlet or reporter can face civil judgment.

Clearly this happened to the Covington kids.  All they did was go to Washington, D.C. to represent their cause.  They sought no special attention, but received more than they ever wanted when major national news outlets painted them as malefactors without checking the facts. They deserve compensation from those outlets just on that basis alone.

For other outlets, however, even the Sullivan and Butts standard for defamation against a public figure would certainly apply.  The standard for public figures is so high that most do not bother seeking redress through the courts.  The most notable figure to win a suit under this threshold was Carol Burnett, who won $1.6 million in 1981 over a false National Enquirer story asserting that she had an altercation with Henry Kissinger.  In the Covington case, a lawyer could easily prove actual malice against many in journalism and media who spread the story along with comments about how they wish that someone would inflict bodily harm or death on, remember, children.

Although the children do not need to prove actual malice to win a suit, it says a lot about the media that they would likely be able to meet that much higher threshold.

Case law could also support the imposing of criminal punishments. United States v. Schenk (1919) establishes a legal standard through Justice Holmes’ oft quoted analogy that falsely shouting fire in a crowded theater should have to face criminal penalties for their actions. His comparison affirms that speech that could reasonably be expected to lead to violence or destruction is potentially criminally liable.

The self-degrading offer by a writer from an alleged comedy show to exchange sex for violence against one of the Covington children certainly should fall under the aegis of unprotected speech.  It clearly violates the Schenk standard.  It just barely misses the legal definition of assault as well. While her threat does meet the standard of causing the victim to reasonably fear bodily harm, she could argue that she did not have a reasonable capacity to have the threat carried out.   Even if the child experienced no violence, he and his family must live in fear through no fault of their own and it is very likely that their experience meets the Schenk standard for criminal prosecution.

Much of the influential case law concerning defamation and criminal liability for false speech came before the digital news and communications revolution.  The Earl Warren court could not possibly foresee the internet from its mid 1960s judicial perch.  This represents the core reason why the Covington case must go on.

The old standards of defamation meet the needs of the pre Twitter age, but what of the responsibility of those who simply click and retweet?  While you cannot sue or punish millions for spreading a story, what about those who use or misuse Twitter or other social media as part of their journalistic endeavors, whether they are Washington Post reporters or home based activist podcasters?

Basically the status of tweets under the First Amendment needs some scrutiny and definition in case law. Certainly not everyone, especially those who lack media sophistication, should be liable.  Some accountability, at least for those who should know better, must get baked into the social media cake. What that level of liability is or should be, a court needs to decide. A case from the Covington situation has the potential to better clarify the issue of social media defamation and, in extreme cases, criminal liability.

Defamation case law is nothing new, but social media is.  With calls for retribution for sins real and imagined expanding, the courts need to weigh this issue and provide a sober ruling that allows victims to hold knowingly reckless media malefactors to some kind of account.