Stephen Moore
|
Posted: Jan 08, 2019 12:01 AM
Share   Tweet
The opinions expressed by columnists are their own and do not necessarily represent the views of Townhall.com. 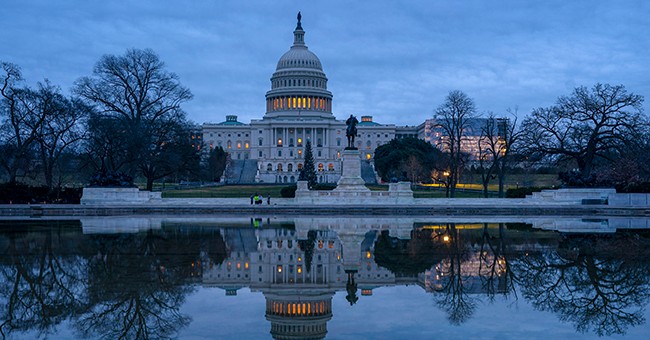 In the months after the election of Donald Trump, there was a mini-political movement in California to get the Golden State to secede from the Union.

It didn't get off the ground, though during a recent trip to Northern California, many of the people I met were still so distraught over the Trump presidency that were he to win re-election, secession would be much more seriously pursued. A majority of Californians don't want to be governed by Donald Trump, and many liberal leaders and talking heads openly compare him to Adolf Hitler.

What if we arrived at a point where a solid majority of Californians wanted independence (and perhaps states like Washington and Oregon sought to join them)? Should they have the moral and constitutional right to do so? Would the other states ever impose military control over Californians to keep them in the Union?

The standard response is this issue was settled during the Civil War. Really? What the Civil War proved was that the North had more military might than the South. Imagine that it were the South in 1860 that held the political and military advantage to impose its will over the North, and moved to legalize the evil of slavery everywhere. Would the North have been morally wrong to secede?

The issue of secession takes on renewed vigor now given the British exit from the European Union. The EU allowed a fairly orderly process for allowing nations to leave the EU governing structure. The political tide in many places around the world appears to be for self-rule and sovereignty.

In America, the deepening and perhaps irreversible red state-blue state schism deserves immediate attention. We as a nation are more divided on ideological, cultural, economic and geographical lines than at any time since the Civil War. Look at the electoral map from recent elections.

In most of the South and the Mountain States -- red America -- liberal Democrats are virtually nonexistent in state government. In blue America -- California, Connecticut, Illinois, Massachusetts, New Jersey, New York, Rhode Island -- Republicans have been wiped off the map. Today, there are only two states that have a divided legislature.

I hope that we can bridge our differences and come together as one nation. This 50-state union is what has made America the unrivaled superpower economically and militarily. We benefit mightily from being the largest free trade zone in the world and from our common bond of freedom.

But it's not unimaginable that the polar opposite visions of where America should be headed economically, culturally and morally can't be repaired. I hope I'm wrong, but prudence dictates we start thinking of what might happen if liberal and conservative America grow so polarized that they can't peaceably coexist in the future.

The fault lines are already showing. In some "progressive" parts of the country, liberals literally don't want to sit at the same lunch counter or restaurant as pro-Trump conservatives. Political activists are so persuaded of the rightness of their position -- on abortion, climate change, universal health care, immigration policy, taxation -- they now believe they have the moral authority to shut down the First, Second, Fourth, Ninth and Tenth Amendment rights of the people they disagree with.

Houston, we have a problem. The federal government is losing the consent of the governed.

Could this red-state vs. blue-state America end in violence and uprising if one side feels hopelessly aggrieved by the tyranny of the majority of the other side? We know, regrettably, from history that it can.

How do we head this off? Two ideas need to be pursued.

The most practical solution is a reinvigorated emphasis on federalism -- a political movement that takes ever-expanding power away from the federal government and restores the sovereignty and home rule of the states. That way Americans can self-select to live under the laws they agree with but within the context of the legal protections of U.S. citizens embedded in the U.S. Constitution.

If you want drugs legalized, government-run health care, abortion on demand and an end to fossil fuels, move to California. If you want low taxes, right-to-work laws and prayer in school, move to Alabama.

If this doesn't work, America may need to consider a Brexit-like option. One of the flaws of the U.S. Constitution is that it never set forth terms of legal separation. Perhaps that needs to be fixed with a constitutional amendment that allows a state to leave the union if a supermajority of the citizens wants to opt out. As long as the states remained as a free trade zone and perhaps agreed to a common currency (like the euro) the economic costs would be small.

Some may view this as an un-American or even a treasonous idea. No. Offering states an exit option would force the majority of states to be more attentive to the grievances of the minority and would help resolve conflicts and could save the union from dissolution.

One last point: If it ever came to this, I suspect that conservatives would not have a big problem with blue states legally separating from red states. Liberals would greatly resist red states from separating from blue states. That is true because a) liberals believe in big centralized government having authority over the citizenry (they are more elitist and authoritarian), and b) they know that the low-tax, less-regulation, right-to-work, economic-freedom model of the red states would economically crush a nation with socialist impulses ruled by Bernie Sanders or another Barack Obama.

Stephen Moore is a senior fellow at The Heritage Foundation and an economic consultant with FreedomWorks. He is the co-author of "Trumponomics: Inside the America First Plan to Revive the American Economy."