Stephen Moore
|
Posted: Jul 24, 2018 12:01 AM
Share   Tweet
The opinions expressed by columnists are their own and do not necessarily represent the views of Townhall.com. 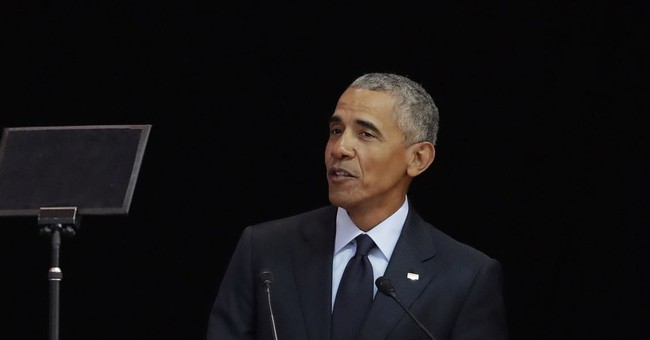 Once upon a time, "work for welfare" was a pretty accepted notion. In 1996, Bill Clinton signed a strict workfare bill, which was so popular that it helped him get reelected. A Brookings Institute study by welfare scholar Ron Haskins proved those reforms moved more than half of those on welfare (mostly young single moms) into the workforce, and millions eventually gained economic self-sufficiency.

If ever there were a public-policy triumph, this was it.

During Barack Obama's first term, those reforms were pretty much eviscerated. The recession was so deep, the poverty lobby argued, that there were no jobs for the welfare recipients to fill. Moreover, enrollment in the welfare programs that don't have work requirements, such as food stamps, Medicaid, disability and housing assistance, exploded.

Even as the unemployment rate fell, food stamps, Medicaid and disability enrollment remained at near-record highs. Is it a coincidence that during the Obama presidency, as welfare ballooned, workforce participation rates for those in the prime working ages fell dramatically?

The panoply of more than 20 welfare programs has become a substitute, not a supplement, for work. A Cato Institute study shows that the full package of federal and state welfare benefits could deliver more than $30,000 in benefits to a family -- tax- and work-free. Why work?

Earlier this year, Republicans in Congress and the Trump administration tried to add a fairly modest work provision for able-bodied adults in the food stamps financing bill. Democrats en masse voted against the bill to stop workfare. This was more sad evidence that the "new Democrats" of the 1990s have vanished from the landscape.

Some Democrats have likened workfare to a form of "slavery." By the way, the hard left made these same kind of over-the-top accusations in the mid-1990s about the Clinton work requirements, predicting "blood in the streets" if the bill passed. There was no blood in the streets.

The latest chapter in this story comes in the form of a new study by the White House Council of Economic Advisers report, which finds that only about 1 in 5 able-bodied recipients of food stamps and Medicaid work full time. This is scandalous, considering that today jobs are plentiful and in most states employers are begging for workers.

"These low employment rates of non-disabled working-age recipients," the CEA report concludes, "suggest that legislative changes requiring them to work and supporting their transition into the labor force for Food Stamps and Medicaid would have positive effects on work participation and self-sufficiency."

Liberals have denounced the CEA report by regurgitating the same discredited arguments used in 1996: that millions of Americans will lose their benefits and poverty rates will soar. Jared Bernstein, a former Obama economist, wrote that the proposal shows that Republicans care more about rich donors than poor people. A Daily Kos headline shouted that the Trump administration has replaced the war on poverty with a "war on poor people."

The left says that pretty much everyone on welfare who can be working is working. Raise your hand if you believe this. Incidentally, the work requirement for food stamps that Republicans are pushing would only apply to about 1 in 5 people who are on welfare. My view is that just because someone has a disability doesn't mean they can't contribute.

What I don't get is why the left is so opposed to work. The CEA report makes a very valid point that there are "pecuniary and non-pecuniary gains" when people get off welfare and into work. There is dignity and pride in a job well done and in earning a paycheck.

Not so in the moral and financial dead end of a welfare check. The left's latest idea to end poverty is to give every American a guaranteed family income. Trump wants to give everyone a job. The Democrats want to give the poor a fish. Trump wants to teach people to fish so they can eat for a lifetime. I suspect the American public is solidly behind Trump in this public-policy fight, and Republicans would be wise to double down on work requirements to convert welfare into a hand up, not a handout.