The Internet Under Siege

Stephen Moore
|
Posted: May 08, 2018 12:01 AM
Share   Tweet
The opinions expressed by columnists are their own and do not necessarily represent the views of Townhall.com. 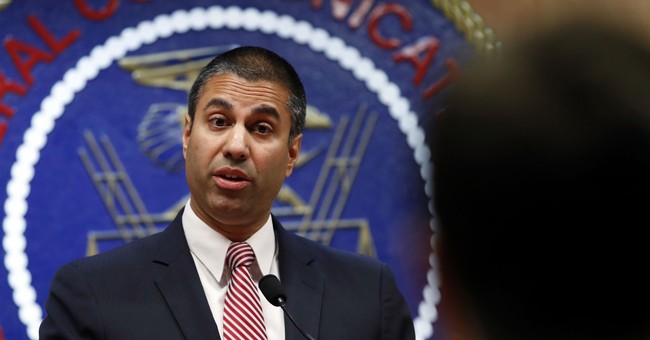 What is it about the internet that makes it so the government just can't seem to keep its greedy paws off of it?

Every few years Congress makes a play to regulate and tax the internet, and free marketeers need to be ever vigilant in swatting them down.

First, we have the threat of a new tax on internet sales even when the company in question has no physical presence in the state. Forcing companies to pay for state and local services they don't use: This is simply a revenue grab by states, to the tune of as much as $100 billion. This will make online shopping more expensive.

Now we have Congress trying to reimpose a complex regulatory structure on wireless internet service providers. This will effectively treat the folks who bring the internet into your home or office like public utilities.

This so-called "net neutrality" regulation is intended to provide broad access to the internet for homeowners and businesses, and to ensure "fair" pricing. These rules were first imposed by the Obama administration's anti-business hyper-regulators in 2015.

The Trump administration's Federal Communications Commission wisely overturned the regulations. FCC Chairman Ajit Pai argued that without the rule, consumers are more likely to get whatever content they want whenever they want it at prices that are likely to continue to fall. Congress will vote soon on whether to bring the heavy-handed regulatory structure back.

Let's start with the basics here. For the last 25 years, the internet has been the Wild West of entrepreneurship, investment, creativity and economic expansion. It was a spontaneous combustion of information age activity that continues to add millions of jobs and trillions of dollars of wealth.

Most importantly, it all happened outside the realm of government edicts, taxes and subsidies. The benefits of the internet spread at quicksilver speed. More than 80 percent of households had internet access within a decade.

As the technology expands into broadband and wireless services, access widens and prices fall every day. This is arguably the greatest laissez faire triumph in world history.

CTIA, which is the industry group representing the wireless providers, has released the investment numbers from its members. Annual wireless capital investment grew from $25 billion in 2010 to $33 billion in 2013, an increase of $8 billion, or 33 percent.

Then in the three years the FCC was threatening to impose "net neutrality" -- 2014, 2015, 2016 -- annual wireless capital investment was basically flat. It fell by $5.6 billion the first full year of the Obama FCC's new rules.

Verizon and AT&T have pledged billions of dollars of new investment now that the net neutrality rules are gone. This also means the creation of tens of thousands of new high-paying jobs. Michael Mandel of the Progressive Policy Institute estimated that app-economy jobs have grown at a compound annual rate of 30 percent per year in the last five years, while overall U.S. job growth was less than 3 percent.

If the price control rules are brought back and the return on investment is lower, wireless companies are less likely to make the multibillion-dollar infrastructure investments in the first place. So in that case, no one benefits.

This is the biggest danger of all from net neutrality regulations. We need tens of billions of dollars of added investment to ensure against internet traffic jams in the future. In 2013, America's wireless networks carried 3.2 trillion megabytes of data traffic. Today, that traffic is four times larger. And the demand will likely continue to multiply at these paces over the next decade at least.

How is all that digital information and video streaming going to get transported without profit incentives to invest?

It will provide our schools, families and businesses almost unlimited access to volumes of information, entertainment and data that all of the supercomputers of the world in the 1970s couldn't offer even at a cost of billions of dollars. Now it will be available to Americans for pennies.

All we need for this information-rich future is to have the government get out of the way. Is that really so hard?